The tsunami has made far-flung places such as Galle or Ko Phi Phi suddenly sound familiar. But Sri Lanka’s Tamil region, one of the worst hit areas, has not come under the spot-light of the international media 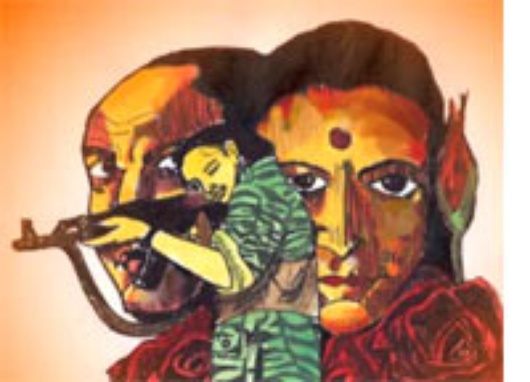 A bloody conflict has raged for decades between Sri Lanka’s two largest ethnic groups, the Sinhales and Tamil. The conflict has its roots in the British colonial period (1796 – 1948), during which the colonists gave priority status to the Tamil people, even though they only constituted 18% of the population. When independence from Britain was granted, the Sinhales won back power and as the majority of the population (74%) became the dominant party in government.

In the 80s the situation came to a head: the Tamil founded the Tamil United Liberation Front (TULF), with the proclaimed aim of the formation of an independent Tamil state (Tamil Eelam). In addition, military splinter groups emerged, such as the Liberation Tigers of Tamil Eelam (LTTE), who engaged in armed struggle in their fight for an independent state. On July 24th 1983, LTTE guerrillas shot 13 government soldiers in Jaffna, triggering the country’s decent into a bloody civil war which was to last 17-years. Only with the engagement of the Norwegian government as mediators in 2000 did the LTTE declare a one-sided ceasefire and signal its desire for peace.

Between War and Peace

But the peace-process has ground to a halt. In 2003 President Kumaratunga took control of three important ministries which had been under the jurisdiction of the Prime Minister, Ranil Wickremesinghe, triggering a crisis in the government. The root of the problem lay in the fact that Wickremesinghe had been prepared to make significant concessions to the LTTE in a bid to secure a lasting peace settlement. The President and Prime Minister became locked in an embittered battle. The elections in the spring of 2004 ended in Kumaratunga entering into a coalition with the JVP, a radical pro-Sinhales party, and forming a government without Wickremesinghe as Prime Minister. The time prior to the flood catastrophe was marked by an increase in politically motivated attacks, with all signs pointing towards the renewed outbreak of civil war.

Fighting for the Distribution of Aid

The two warring factions seemed to have put their differences aside in the immediate wake of the tsunami. President Kumaratunga invited the LTTE to her task-force – albeit only after she had already presented the Sinhales-dominated group to the public and the world’s media. The separatist organisation of the Tamil refused to accept such treatment and formed their own emergency council. With that, the first chance for greater cooperation was thrown away. The visit of the UN Secretary General, Kofi Anan, to Sri Lanka proved to be another affront to the Tamil. A visit by the Secretary General to the northern Tamil region of the country had originally been planned, but was cancelled following protests by the government in Sri Lanka’s capital city, Colombo.

Now a bitter dispute over the distribution of aid and donations has erupted between the government and the rebels. The LTTE is not recognised by the international community and is, in addition, on a black-list of terrorist organisations in the USA, Great Britain and India. This means that the LTTE does not receive any international aid deliveries – instead it has to rely on Colombo distributing the contributions fairly. The supply of aid in the north is, however, an absolute catastrophe. As Ravishankar Murugan, head of the Union of Tamil Students in France (AETF), explains, “aid has not yet arrived [in the Tamil areas] and there are only two international aid agencies in the region”.

The divisions between the government in Colombo and the LTTE seem to becoming ever deeper, with all hopes of peace fading fast. “The asymmetry between the government of Sri Lanka and the LTTE has grown” says Jehan Perera of the National Peace Council in Sri Lanka. The government under Kumaratunga could easily take advantage of the situation to further weaken the LTTE and to isolate it from the international community. Perera advocates that “the international community make a restarting of the peace-process the precondition for long-term reconstruction aid for Sri Lanka”. Recent events have clearly shown that neither the Sri Lankan government nor the separatist movement of the Tamil are prepared to take the first step. The European Union should, in conjunction with the United Nations, develop a process to exert long-term pressure on both sides – it is the only way to overcome the political stalemate.