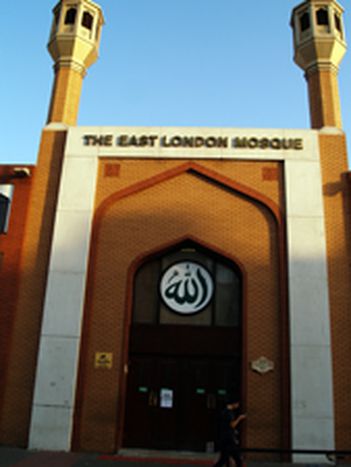 Squabbles and wrangles in the Muslim world

Despite a population of 15 million Muslims in Europe, stereotypes are still strong: Islam = terrorism. Muslim organisations fail to tackle the identity crises that destabilise their communities

« Muslim doesn’t mean terrorist, » asserts Dalil Boubaker, president of the French Muslim council (CFCM), the organisation which represents the 5 million French Muslims. He is tired of justifying the moderation of the great majority of his members. As Hichem Cabrera, chief editor of the Spanish Web site Webislam, states, Europeans believe that ‘a potential terrorist hides in every Muslim, ready to blow himself up at any time”.

Five years after the attacks in New York, a wave of islamophobia is submerging Europe. According to a 2005 poll by the International federation of Human Rights in Helsinki (IHF-HR), “following the September 11 attacks, European Muslim minorities faced increasing hostility”.

The fever around the Mohammed caricatures in Danmark, the fires in English mosques, racist incidents and the apparition of ghettoes prove one thing. “Terrorism and its link to radical Islam have made Europeans even more mistrustful,” revealed the Pew Research Centre, one of the most notorious opinion poll centres in the US, last spring. This level of mistrust varies from country to country. According to Pew, only 39% of French Muslim feel that Europeans are hostile towards them, against 52% of German Muslims.

Jocelyne Césari, an Islam expert and author of Islam à l’épreuve de l’Occident, claims that « this feeling of discrimination against Muslims appeared before the September 11 attacks and was present in France since the 1995 attacks orchestrated by the Algerian GIA in Paris. Nevertheless politicians today criminalise Muslim religious discourse”.

Olivier Roy, research director at the CNRS and author of Globalised Islam: The aggravation of the negative vision of Islam has two consequences among Muslims. A minority close themselves to others and victimize themselves whereas the majority fight to assert their respectability and sense of citizenship”.

The increasingly harsh anti-terrorist measures have not helped integrate Muslim communities. The discourse around immigration is tougher. “The anti-terrorist policies which are based on tightening security, do not work," says Boubaker. “It is urgent that the West tackles fairly the conflict between Israel and Palestine and stabilizes the region. Today it seems easier to become extremist given that the modern media is populist, likes bloodshed and fuels the debate around stereotypes of Islam inherited from centuries of deformation”.

It is impossible though to deny that certain believers are becoming more radical. The existence of extremist hubs in South East Asia, maintained by the instability in Afghanistan and the conflict in Kashmir, fuels the debate around fanatic terrorists.

The assassination of the Dutch film director Theo van Gogh in 2004 and the extremist preaching of the imams in the Finsbury Park Mosque, epicentre of the nineties ‘Londonistan’, question the Dutch and British approach to multiculturalism. According to Boubaker, “their tolerance and approach to different communities have encouraged the emergence of fanatical Islam”.

Pew confirms this trend: 81% of British Muslims say they are more Muslim than British whereas only 46% of French Muslims claim they are Muslim first before being French.

The Muslim converts who embrace Jihads are a characteristic European problem. “For these youths, Islam is an ideology of resistance which allows them to reject economic marginalisation and the inequalities brought about by globalisation and by the technocracy of the European project,” says Jocelyne Césari.

How useful are Islamic organisations?

Many governments have decided to integrate Islam into representative organisations in order to stop the vicious circle which leads from marginalisation to radicalism. Nevertheless this process is difficult: “a properly representative organisation is an illusion," maintains Paul Landau, researcher and author of The Sword and the Koran. “The attempt to federate Muslims at a national level is contrary to the notion of the Oumma, a universal community of believers. The most political Muslims are also the most radical”.

Is it better to abandon all institutional attempts? Jocelyne Césari is not far from reaching this conclusion. “We must abandon the illusion of a great Mufti,” she claims. “Why centralise when the cultures and the ethnical make-up of these communities are so diverse? In Germany, who will represent Muslims, the Turks or the Alevis?” “These organisations don’t work,” believes Olivier Roy “because Muslims don’t want official structures. Furthermore these organisations are victims of political divisions and of the state intervention”.

Despite the debate around Islam, integration and immigration, the Muslim world is reaching an identity crisis which fuels the terrorist movement. Does the Koran need modernising? “There is no one vision of the Koran,” responds Boubaker, “Leave the Koran alone: it’s the way it is understood which must change. Muslims must be more reasonable in their interpretation of the holy book.”