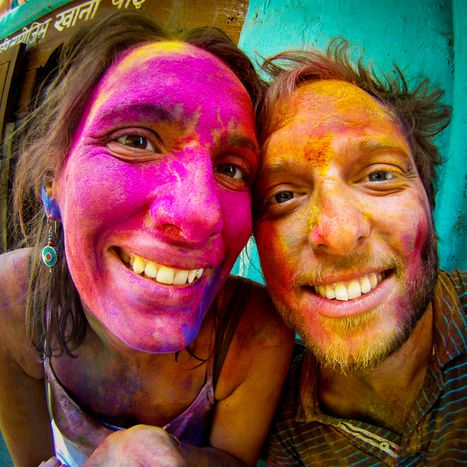 The Hindu population of Nepal is celebrating the 'holi' festival with the coming of spring (whilst we're still waiting for a bit of sun in Europe). The day after the full moon brings joy to the hearts of everyone here, including us tourists as much as the locals. Miha Mohoric and Nina Behek, two Slovenian documentary-makers formerly of cafebabel Barcelona, take us with them on their trip alongside their GoPro camera