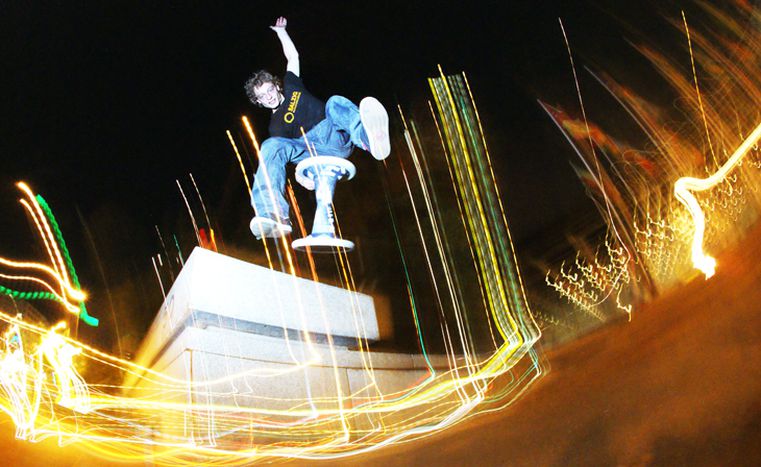 Sporthocker: skating with stools in Berlin

Everyone's entitled to their own opinion. Still, you'll never convince me that animists aren't downright mad. Along with Raëlians, asexuals and Jehovah's Witnesses, people who believe that objects are possessed of a soul, or a life force, are often subject to mockery. Michael Landschütz is no animist, but in 2006, he decided to create a sport where you skateboard with a stool 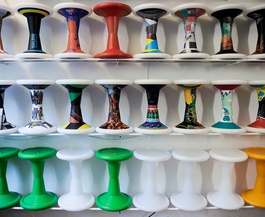 It's 35 degrees in the shade at the edge of Berlin's Forckenbeckplatz. In a street nearby, a plastic UNFO (unidentified non-flying object) hangs from a thin strand of wool just above the shop front of Salzig – Sporthocker. Michael Landschütz welcomes us all smiles, between a pile of cardboard boxes and a wall of multi-coloured UNFOs. But they’re not unidentified for long, for it turns out these are the famous stools themselves. Two flat circles joined by a plastic tube look like chairs when upright, but have the form and instability of a wheel when on their side. It’s essentially a multifunctional object, but above all it’s designed for a sport. ‘Hocker’ is German for 'stool' or 'taboret', and the sport consists of using the said-seat like a skateboard - except that the player can use their whole body and finishes their moves in a seated position. Or, as Michael would have it, ‘Hocker is the perfect combination of skating, juggling, dance and break-dancing. But then it’s different again.’

The youtube videos on sporthocker are not really all that thrilling: just a guy playing with some trendy plastic stool and then sitting on his bum after thirty seconds of juggling and messing about. Well, each to their own. But this doesn't prevent certain people from posting unkind comments like: ‘I had no idea people could be such idiots’, ‘Haha, what a load of rubbish’, and ‘I've never seen anything this stupid. And I've seen some really stupid things in my time’. When asked about such criticism, Michael cracks open a can of Red Bull, takes a slow fortifying slip and responds: ‘Obviously we had a few negative reactions to start with. But they were from close-minded people who didn't understand what we were trying to do.’

In 2006, Michael and his brother Stephan, who were both then studying for masters degrees in industrial design in Kiel (northern Germany), decided to focus their course project on creating a stool capable of resisting any kind of shock. ‘We thought it was a bit strange but kind of cool. We had played all kinds of different sports since we were kids.’ Michael and Stephan got their first skateboards when they were ten. But the two brothers also went snowboarding, surfing, played volleyball and football ; plenty of sports to inspire the technical side of sporthocker. ‘What we'd loved about the sports we played before were the technical aspects. We invented more than twenty tricks for sporthocker in a week. But then we were starting from scratch. This sport can only improve because nobody has any previous experience.’ 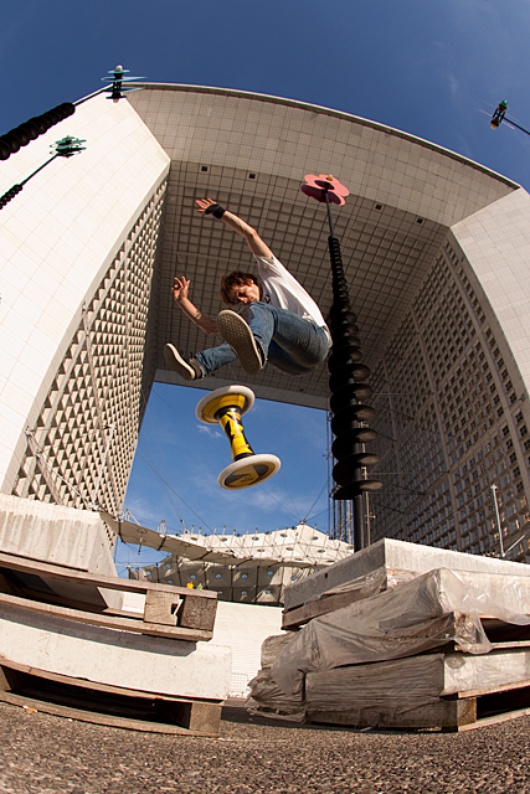 According to Michael, sporthocker is growing slowly but surely in Germany. When the first television programme was made about the sport, the two brothers thought things would suddenly take off. But that didn’t quite happen. ‘It's taken a long time because it’s unusual,’ says Michael. Wandering round Berlin with some old-school skaters, I take the opportunity to ask. I get two reactions: either a ‘What?’ at the sheer gall of the question, or the reply: ‘Stool? Like a barstool? Do you mean do I drink?’ Michael assures me that the ‘sporthocker community’ really does exist. With around 500 to 1, 000 people in Germany, the brotherhood of the stool also has members in Austria and Switzerland, and has even reached as far as Thailand and Japan. The two brothers have certainly put in the effort. On top of the youtube videos and competition events for the experts, in 2011 they went on the road to spread the word. ‘We did a European tour, eight of us visiting Amsterdam, Paris, Barcelona, Vienna, Munich, Prague and Berlin. People seemed to get it. And now we're getting some good feedback. Anyway, we showed them that it wasn't just some stupid thing off the internet.’ It sounds like a religious mission.

The interview comes to an end and we hang about for a bit before the photographer arrives. A surreal 45 minutes then ensues as Michael strives to pull off his best sporthocker tricks under the critical eye of my dear colleague. Michael comes back dripping with sweat, a finger raised, panting, one last thing to add: ‘We've developed a sport that's not just a sport. We help people. When I did my masters I wrote a lot about the fact that young people weren't going out much and were playing on their computers all the time. About the problems of obesity and all that...’ 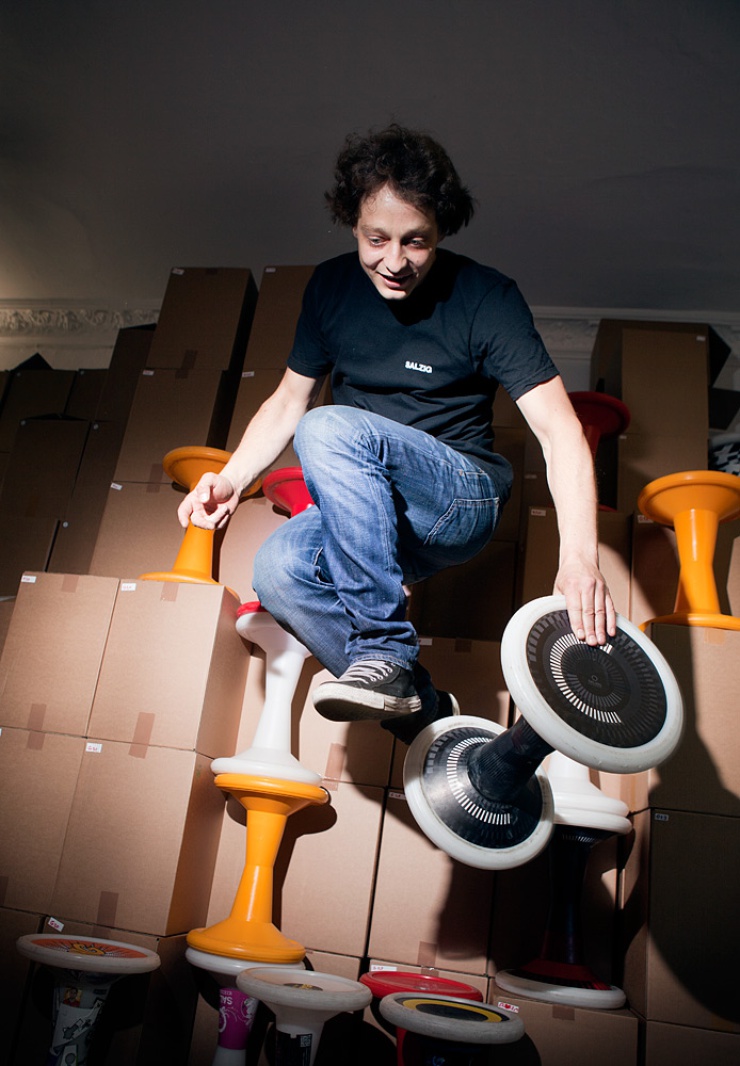 A man once wrote in surprise to thank Michael because he'd lost eight kilos thanks to his taboret. Another time, a group of people with learning disabilities were apparently completely won over to sporthocker after taking part in a workshop. ‘The special needs teacher assured me that it was the first time she'd seen them so enthusiastic about a sport,’ Michael explains. It's partly because of this kind of thing that they have set up sporthocker bandcamps and do demonstrations for school children, which is all rather admirable. ‘Hocker is also a tool for integration,’ Michael claims. Will this be enough for the sport to grab the public's imagination? Well, potential public, you'd better start saving: the range starts at eighty euros. So you have to be rich to play sporthocker - and ever so slightly mad.