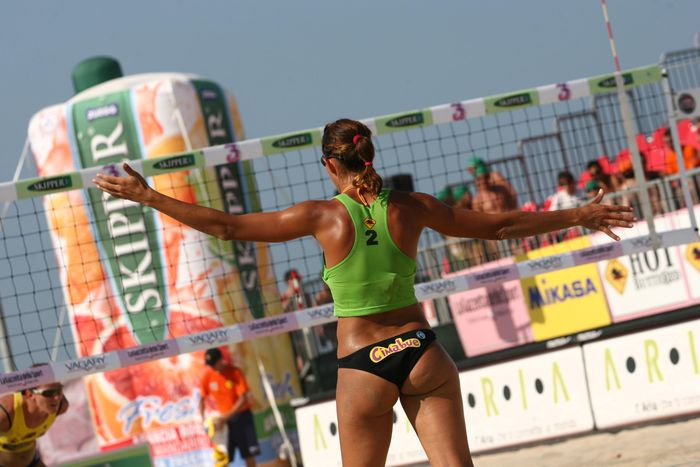 Sport in August: more than football or Olympics

From 1 to 3 August, the German city of Hannover is home to a European inline skating festival. More than 800 participants start and end their itinerary in the Klagesmarkt district. An intensely packed schedule awaits, and during the three days, you can attend shows and skating lessons. There are also nighttime skating routes, games and music. What's more, from 13 August to 24 September, skating fans can participate in ‘Skate by nights’ in Berlin, Hildesheim, Dusseldorf, Hamlen, Celle and Braunschweig, joining nocturnal skaters everywhere on urban routes

The village of Ischgl in the Austrian Tyrol has 200 kilometres of slopes at an altitude of 2, 000 metres. Here, sports and pleasure are combined in a way that no other Alpine resort can match. An exceptional event from August 1-2 shows hundreds of cyclists from all over the world competing at the Ischgl Ironbike, an unforgiving race across the Alps where the winner will take home 20, 000 euros. Three different stages are planned: from short (27 kilometres), intermediate (48 kilometres) to long course (79 kilometres). The race takes place under difficult conditions, with the cyclists often having to undergo long distances while carrying their bikes on their shoulders. The exhausting, but superb, challenge of man against nature takes place on 2 August

Helsinki organises the most important - and the second largest - marathon of all Scandinavia. With more than 6, 000 participants and 50, 000 spectators each year, the race starts at the statue of legendary Paavo Nurmi or the ‘Flying Finn’, an athlete who died in 1973 after having won nine gold medals at the Olympics. It ends at the Olympic stadium. Runners quench their thirst at nineteen refreshment stations, with music all along the course. Every runner who crosses the finish line within six hours of the race start time receives a prize. Showers, saunas and swimming pools await the exhausted marathoners after the finish - see you on 16 August

Find surf aficionados on the beaches of France for the Lacanau Pro from 9 to 19 August, with some 125 000 dollars to be won. During the ten days of competition, watch some of the biggest names in world surfing perform, such as Tom Curren, Kelly Slater or Martin Potter. The competition everybody is waiting for is the world championship tour, where the best surfers in the men's and women's categories face off in search of the perfect wave. The world qualifying series will is where valuable points for next year's contest can be won, and where local surfers can show off their skills

The beaches of Sanlucar de Barrameda have been the August home to the best jockeys battling it out in one of Andalusia's oldest and wildest events since 1845. The ‘carreras de caballo’ or horse races originated from the bets that fisherman would make to see who would be the first to get their fish to market. Now, thousands of people come each year to watch these skilled riders compete on the ocean's edge with the sunset as a backdrop. From 12 to 14 and 27 to 29 August

For fans of beach volleyball, the biggest seasonal tournament in Italy has begun. There are eight stages from July to September in prestigious tourist sites, like Rimini, Riva del Garda, Marina di Ravenna, Vieste, San Benedetto del Tronto, Vasto, Jesolo and Milan. Concerts and shows are planned in addition to the sporting events. The travelling tournament ends as usual at the Beach Stadium in Jesolo, where the stands are set up on the beach. Men's finals on 16 to 17 August