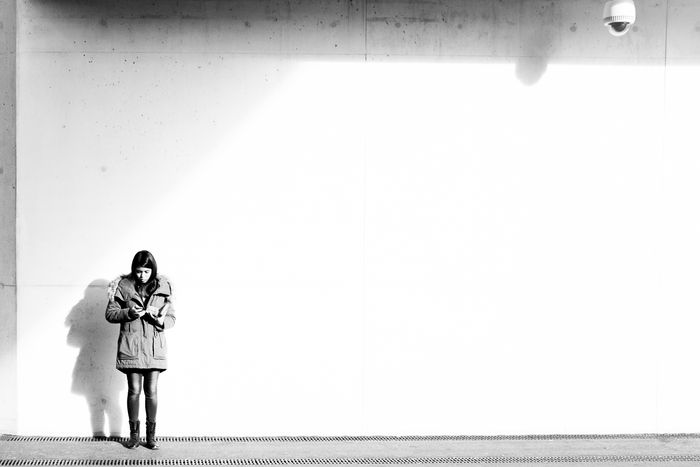 During the Cold War, Vienna became an intelligence stronghold. Then the Curtain fell. Yet, even 25 years later, there are still a few agents about. An interview with intelligence expert Siegfried Beer on secret business, what this has to do with the Austrian mentality, and why Merkel is still being wiretapped. 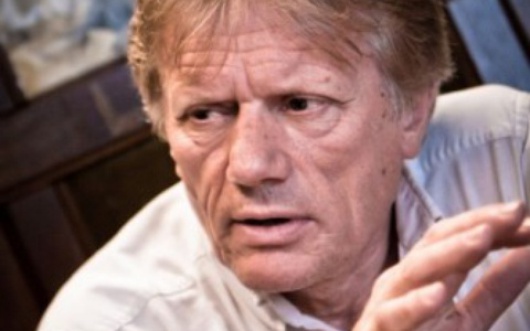 Siegfried Beer is a historian and taught General Modern and Contemporary History at the at Karl Franzens University in Graz, Austria. Ten years ago, he founded the Austrian Centre for Intelligence, Propaganda and Security Studies (ACIPSS), an internationally-oriented research centre, unique in the German-speaking world today. Educational work is carried out through media and events, and misconceptions of the news and classified work are broken down for the public.

cafébabel: We are always hearing spy stories from Vienna and it kind of reminds us of a James Bond film. It is said that in Austria, between 2,000 and 3,000 people are involved in espionage – how accurate can our ideas about classified activities really be?

Siegfried Beer: I would say the numbers are even higher, as the statistics depend on what you're counting. All this information is, of course, unverifiable; these are estimates coming from from historical experience and calculations. In Austria, roughly 120 nations are represented. They work as diplomats for the Republic and in various international settings. There are even between 6,000 and 7,000 people working for these nations in Austria, I believe, and this number has pretty much remained constant.

cafébabel: You are assuming that the intelligence community did not significantly shrink after the Cold War ended. Why?

Siegfried Beer: The activity in Austria did not decrease, as Vienna became the third UN city due to its political neutrality. International organisations settle here, as many companies have their European bases here, particularly with a view on Eastern Europe. By dint of globalisation, Vienna will never become insignificant. Moreover, foreign conflicts are staged here. Think of the Bosnian crisis, the Chechnyan crisis, the Kurdish conflict, Afghanistan as a hotbed of crisis — and now we have Syria. All of that also plays out here.

cafébabel: How did Vienna become an intelligence hotspot?

Siegfried Beer: The occupation of the country after the Second World War created a special, distinguished situation that lasted ten years. To begin with, military personnel - and later, increasingly civilian-oriented personnel — were present in large numbers. Vienna played a huge role in the ideological dispute between East and West, anyway. The neutrality brought in new opportunities for Austria, both external and geopolitical. When it became inappropriate, neutrality was then just ignored, and that's what we still do today — we're little rascals now. But, it brought little Austria some international significance.

cafébabel: Could the country find itself at a disadvantage due to classified activities?

Siegfried Beer: Classified activities in the country cause no disadvantages. Intelligence is like tourists, they come and spend money — and for Austria, that's not a disadvantage.

cafébabel: So the slack laws in this country that don't condemn classified activities - as long as they're not anti-Austrian - are not unique in the world, but also not a coincidence. So intelligence is simply good business for Austria?

Siegfried Beer: It is a business, so there are of course records. In the late 1940s, American diplomats said that one quarter of Austria's population had something to do with intelligence in some way, and seemed to live off it. It was common knowledge that it was really easy to hire Austrians for information. They were rewarded with all sorts of things, not just money. It was service paradise. It probably has something to do with the Austrian mentality.

cafébabel: What particular intelligence advantages did Vienna's location bring during the Cold War?

Siegfried Beer: Vienna was important in the Cold War, in the respect that the first big defectors showed up here. These were people who worked for the Soviet military intelligence or the KGB, and gave themselves up to the Americans. 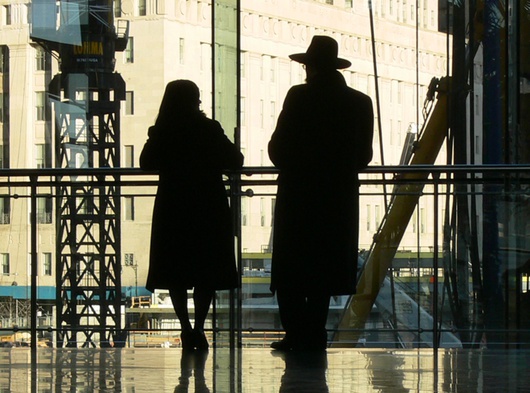 This all took place in Vienna, which was no coincidence, since the Americans took years to create a picture of the new rival, the Soviet Union. In the Second World War they didn't spy on the Soviets, as they were allies. In the Cold War, you had to slowly build up information about the Soviet leaders, which took years. The CIA was only founded in 1947. Before that, they did have civilian war intelligence, known as the Office of Strategic Services. But this was shut down by Truman in autumn 1945 according to the American tradition of immediately switching to peaceful conditions when a war is over. Two years later, he then started up the CIA, which needed to be trained into business - that's where Vienna and Salzburg were important arenas.

cafébabel: In Austria, people often talk about the bridge function of the country in the Cold War. Was Western and Eastern intelligence just as active here?

Siegfried Beer: The Cold War created constraints on both sides. Of course, at the start it was important to the Americans that Austria stayed in the Western camp. The danger that the Red Army would establish itself in eastern Austria was controlled by informers. Then the occupying powers moved out, but they had already found a way to smuggle in new figures. Both sides each had a good ten years' experience and saw Vienna as the ideal location to get information.

cafébabel: Do Austrians get recruited as spies equally from both sides?

Siegfried Beer: There were those in the Austrian People's Party who really sympathised with America. And there were politicians who were crypto-Communists and therefore very open-minded about the Soviet Union. Yet the majority of informers weren't politicians, but  officials. These were people in the security field, police commissioners, ministry and university employees. This is not unusual - in Austria it actually worked very well. I don't know whether it worked the same way elsewhere. To me, this is the reason Vienna and Austria have remained so prominent despite our country's lack of international importance.

Siegfried Beer: You could say the picture is more colourful now. The reinforcement of national interests in the economic sense has been postponed, somehow in relation to technological development. And more than anything else, there are now many new private players. Today companies employ specialists that were formerly employed in intelligence. A large company needs that today, for defence or also for their own operative procurement of information.

cafébabel: Diplomatic deceptions are common in intelligence, especially diplomatic protection being conducive to uninterrupted espionage. Are the lines between these fields blurred?

Siegfried Beer: Because of immunity, diplomacy is of course the best way to protect intelligence agents. If they get away, they become a persona non grata. They will be expelled from the country, but nothing else happens. But there aren't even that many diplomatic positions to begin with - for example, there is enough accommodation for all American intelligence employees in Austria. There are also many other possibilities - various organisations, journalism, academic positions and economy. The important people working in intelligence have all their diplomatic functions. It's an old game going back to the 19th century and has proved itself. We can assume that the American diplomatic presence in the embassy and the consulate is divided: 50 percent actually work for the embassy, the others have other positions but are drawn to becoming consuls, embassy secretaries, etc. Everyone does it. And that won't be changing anytime soon either, unless we get rid of immunity. But that's basically unimaginable.

cafébabel: Is there enough control exerted on the services in the Western states?

Siegfried Beer: The Americans are way ahead of other countries in that regard. Up until the 1970s, there was basically no control of the services, then there were scandals and so control bodies came along. Today in the USA, about 20 senators and maybe 40 or 50  congressmen know exactly what the American services are doing. However, if you can work like they do in the present American services, then it's certain that abuse and corruption are not a rare occurrence. That's how people are. Someone's sitting in the NSA, worrying that their wife is cheating on them - well, maybe they can just find out. So there is abuse that's hard to control. But for 35 years, supervisory bodies have been created in democracies. In Austria, there were basically no legal bases until the 1990s. Our services took orders from a minister or a higher officer. Now we have legal bases, which are being continuously refined.

cafébabel: Do armed secret agents only exist in Hollywood or are they real in our world too?

Siegfried Beer: Only in Hollywood! There aren't that many agents. In America there are 17 services dealing with procurement of information. A total of some 300,000 people are employed on land, with an estimated budget of  $100-150 billion  a year. These aren't agents, they are mostly people who have a career at the CIA, such as employees or officials - I've met a lot of them. They act like I did at university, sitting in the office. In the CIA headquarters I felt like I was at uni, one doctor after the other. Specialists work on specialist problems, 9 to 5, it's totally normal. However, agents are the kind of people who get hired to do risky things, mostly for a lot of money. And in a group, it is possible that someone working in a sensitive area is carrying a weapon for their own protection. But it's nothing compared with what you see in secret agent films.

cafébabel: After Hollywood, your average Joe grasps knowledge - or lack thereof - about intelligence services mostly from the negative headlines about wiretapping scandals. Is the scepticism about intelligence not documented if you change the discourse to completely about pop culture?

Siegfried Beer: Complaints led to a new willingness to explain things better. In comparison to other countries, we are a bit behind in Austria. The head of the Federal Office for the Protection of the Constitution and Counterterrorism (known as BVT in Austria) sometimes appears on television or gives interviews on the radio. This is important, since citizens then become partners. If the citizen knows where the problem lies, then it can become an important contribution. Personally, I believe that in little Austria, the service provides good work. But the challenges are big, and only getting bigger. In connection with to the latest crises, the terrorism threat will rise again. Europe is by far not the safest place, which is what the average Austrian - or European - believes.

Siegfried Beer: There is no going back. It cannot and will not change. The whole affair with Snowden will bring no dramatic changes - at most, corrections. People will hopefully become more politically sensitive. Snowden didn't say anything that you couldn't already work out for yourself. Because of this, I am of a completely different opinion to most people on the NSA scandal - a completely different opinion. 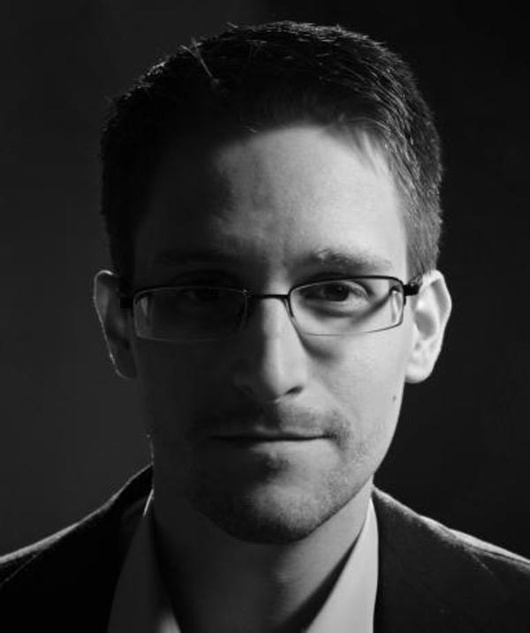 Not because I am a particularly conservative person - I'm from the '68 generation and very liberal. But I find the Snowden affair incomprehensible. These are all shadow fights against the NSA or other services. Secret services and the news don't actually develop their own politics, they just act on commission from governments and in the interests of the state. What the services do and technical developments bring, won't suddenly make things go backwards. People won't get the typewriter out again out of fear of being monitored. And also, the fact that Mrs Merkel is being monitored, that won't change - even though Obama is now saying that they won't do it anymore or that they'll back off. It's not true. If the national interest of the Americans means they want to know what Merkel is planning in a certain area, then she will be monitored again.

25 years ago, the Iron Curtain fell. 10 years ago, eight post-Communist states entered the EU. But what do we really know about our neighbours over the border? Write to berlin(at)cafebabel.com to become part of the reporting team!