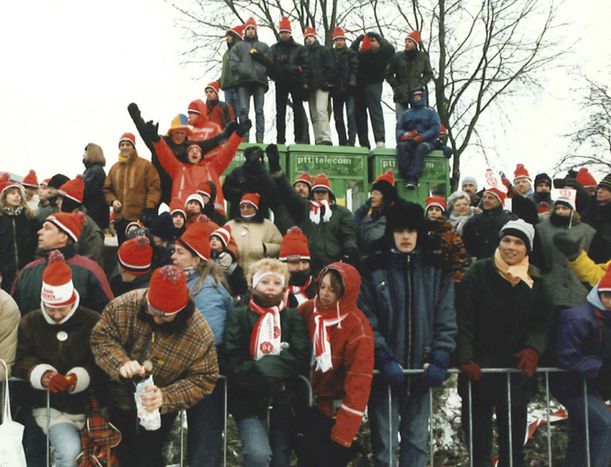 The ‘Journey of Eleven Cities’ is 200 kilometres of speed skating over the frozen canals and lakes in Friesland, a province in the north of the Netherlands. Up to 15, 000 lucky (amateur) souls take the challenge on - if it happens. 2009 marks its centenary - so bring a warm jumper and a bottle of booze (+40%) to keep you warm

Athletes that participate in this event are not fine tuned racing horses. They are work horses, people that know the land, farmers that have grown up in these conditions, people that know how to forget about the pain and the cold, people that understand what is at stake. There are also several stretches where there is no ice, which have to be walked on ice skates (called kluning points or ‘Klunen’). It's a particularly skilful task that can cause some serious ankle injuries. The winner will be an instant celebrity, a household name like Henk Angenent, a 41-year-old Brussels sprouts farmer, who was the last winner in 1997. Other contestants have included the crown prince Willem-Alexander, who is currently in colder climes (on 13 February 2009 he set up an online blog documenting his trip to Antarctica). 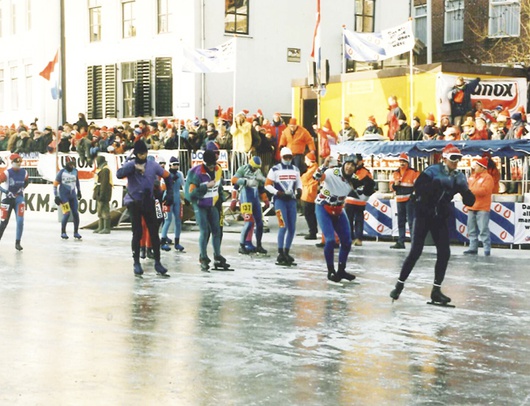 Eternal glory is the ultimate reward for his efforts; well, that is eternal glory in the Netherlands. Speed skating is here is the second most popular sport after football. With the exception of Norway and Germany, few countries pay attention to the sport. I was in the US when the sixteenth edition of the Journey of Eleven Cities took place in 1997; CNN dedicated a full thirty seconds of coverage on it.

Friesland takes great pride in organising the event in the eleven cities: Leeuwarden, Sneek, IJlst, Sloten, Stavoren, Hindeloopen, Workum, Bolsward, Harlingen, Franeker and Dokkum. It is one of the few times that the rest of the Netherlands looks up north and really takes an interest in what is happening. For one day, the Dutch are curious about ‘their Frisian minority’ and may actually feel a bit of Frisian patriotism. They may even guzzle some Beerenburg (Frisian liquor) to keep warm and drape a Frisian flag around their shoulders. To mark the centenary of the Elfstedentocht in 2009, different activities are being organised year round. Each one of the eleven cities on the tour is denoted ‘city of the month. In March this is IJlst. 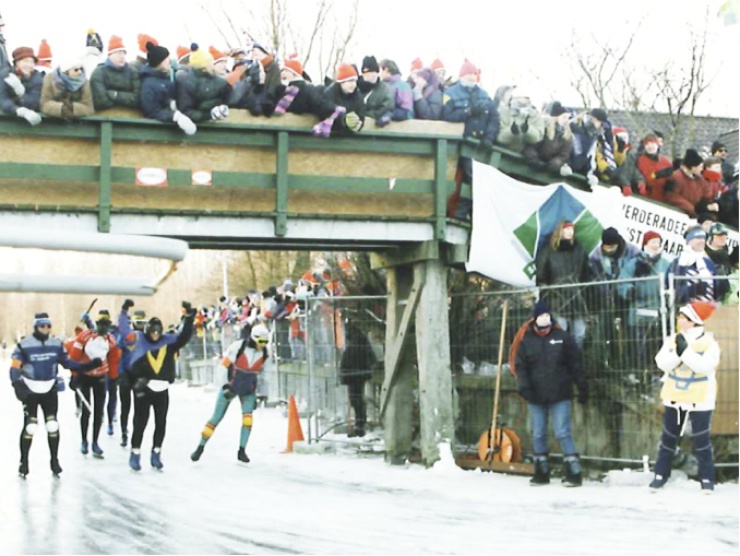 The race literally heats up

Since 1989, an alternative Journey of Eleven Cities has been organised in Weissensee, Austria. But the original race cannot be held every year in Holland as weather conditions have to be around –10 degrees celsius for at least a week, and the ice has to be at least 15 cm thick. 'When the temperature decreases and it is freezing for a few weeks, then there is a chance that a Elfstedentocht can be organised,' says Martje Zijlstra, marketing employee at Fryslân Marketing in Holland. 'The organising association de Koninklijke Vereniging de Friesche Elfsteden (the Royal Association of the Frisian Eleven Cities) can organise an Elfstedentocht in a short period of time.'

Global warming has a big impact. Average temperatures in the winter months have risen about 2 degrees celsius since 1951 and periods of sustained frost are less frequent. Some argue that we should not worry too much about climate change, as the earth’s climate has changed throughout its history and it is a natural process. They seem to forget that it is the speed of the process that is the main concern. The ferocious pace of global warming indicates that it is a phenomenon influenced by humanity. It took  tens of thousands of years before a 2 degree increase in temperature was achieved, not a mere 57 years.

Meanwhile, the Dutch and Frisians still get Eleven City Tour fever every year. They have not yet come to terms with the fact that the event is unlikely to happen, so every time the temperature drops below zero, the first daredevils appear on the lakes. The national news is filled with joyous children enjoying the ice fun. Maybe it will happen next year. If so, I invite Europe to enjoy an unforgettable spectacle and come to Friesland - why not by public transport? By reducing our carbon footprint, the actual chances of this wonderful event happening might increase. 'It’s about time for another Elfstedentocht,' adds Martje Zijlstra.

Think, endless stretches of ice in a barren landscape/ Think, the wind cutting on your face and sweeping snow in your eyes/Think, frozen toes, fingers, noses and ears/Think, the hardest race in world