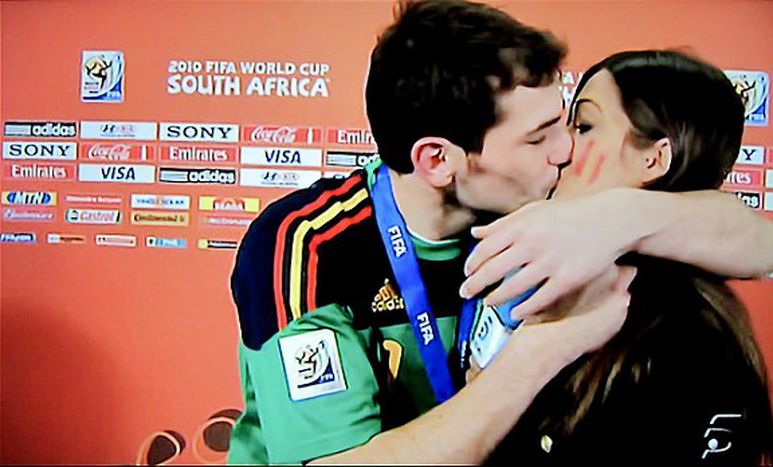 They were in the final three times, they lost three times - the Netherlands conceded the Fifa championship to La Roja, who won their first ever title on 11 July. The Spanish, Dutch, Czech and Swedish press urges politicians to learn from the harmonious play of the Spanish team: 'at least in football, Europe is on top'

Spain won the world cup for the first time on 11 July. The conservative daily would like to see the same kind of harmonious teamwork in politics as in the stadium: 'Football is a team sport. The Spanish team worked together like a well-oiled machine with each piece doing the work it should do and even going that extra mile which tends to bring victory. This is so unusual in today's Spain, where each piece does its own thing, that it's worth more than all the world cup trophies in the world. That players from different teams and regions fit in so well with each other and fought in unison for the national colours has shown us that football has gone beyond a sport to become an example for civic coexistence' (José María Carrascal) 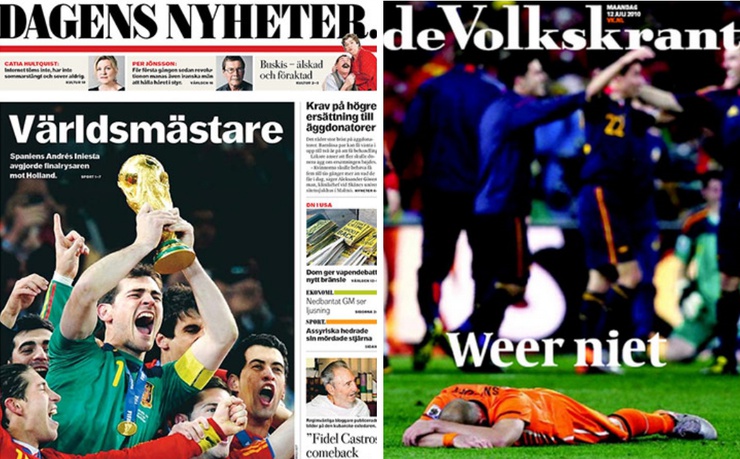 'Wars, occupations and a game of football' - De Volkskrant, Netherlands

For the third time in the history of the world cup the Netherlands has lost the final. Despite the understandable disappointment this championship has done the country a world of good, writes the left-liberal daily: 'For a while the Dutch saw themselves as participators in the success of Oranje rather than the inhabitants of a divided country. The world cup was an experience that united the Dutch. They needed that experience. We needn't have any illusions about how long the cheerful mood will last. Yet it is undisputed that the last few weeks were marked by a rare sense of unity. There are few experiences the millions of Dutch all share with each other. But many years from now almost every Dutch citizen will still remember where and with whom they witnessed the spectacle and what they felt when the final whistle was blown. In the old days wars and occupations brought people together. Now a game of football can do the same'

With Spain, the Netherlands and Germany, three European teams have won medals at the FIFA world cup in South Africa. This is at least one thing the old continent can be happy about, the business paper writes: 'The spectre of decline is haunting Europe. The euro is in crisis. France and Germany, traditionally the political and economic motors of the Union, cannot agree on how to reform the financial sector or get the economy out of recession. Outside Europe's borders people are saying that Europe's best days are over, and that it is losing its political and economic clout on the global stage. Nevertheless the Europeans can still be proud that they play the best football. Football is the realm where the ideal of an open market free of internal borders is best exemplified. If Europe learns from football it can also sow the seeds of long-term optimism' (Daniel Anýž)

The world cup has improved Africa's image, writes the daily: 'The image of Africa as a continent torn by war, chaos and poverty is no longer the only one. Certainly poverty is still widespread and in some regions the conflicts appear unsolvable. But many African countries are faring relatively well. Arduous reforms have got these countries back on the right track. Sustainable economic development seems possible in Africa too. Naturally the Africans themselves are capable of taking the helm and steering in the right direction. The world cup has shown how much can be achieved with strength of will'