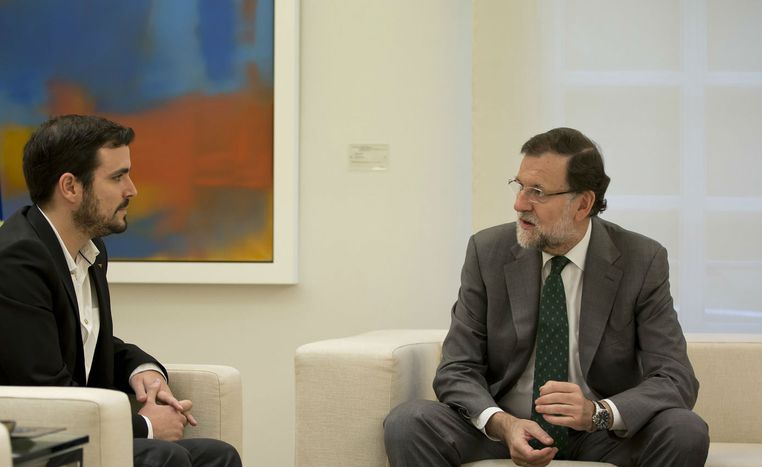 Spanish Elections: Why is the limelight on a chosen few?

There are several political groups with parliamentary representation in Spain that complain about the “media blackout” they suffer. What is the reason for such a blackout?

Many analysts have described this electoral cycle as historic. Historic due to its duration—the parties have been campaigning for months—and also for the appearance of new parties, disrupting the bipartisan system that has been established in Spain since its transition to democracy.

In the current scenario, media attention is focused on the parties of Pablo Iglesias (Podemos) and Albert Rivera (Ciudadanos). Unquestionably interesting subjects, but other political groups have been left in the shadows.  Parties with representation in the Congress of Deputies—and who thus in theory have the same right to media coverage— have been sidelined, such as United Left and UPyD.

The most obvious example is the debate that was held on the 7th of December, organised by one of the country's leading communications groups. It was entitled “The Decisive Debate”, and involved the participation of the party leaders of PSOE (Pedro Sánchez), Ciudadanos  (Albert Rivera), and Podemos (Pablo Iglesias), as well as the deputy leader of the Popular Party and current vice-president of the Government, Soraya Sáenz de Santamaría.

In other words, the debate saw the “usual” parties—PP and PSOE—facing the parties “of change”—Podemos and Ciudadanos—who look set to gain, for the first time, several seats in Parliament. 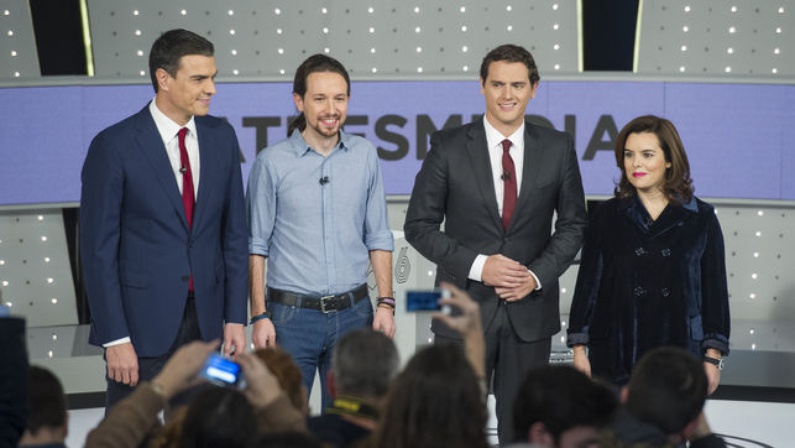 Alongside the many criticisms this debate received—the absence of the PP candidate, Mariano Rajoy for example, or the lack of time given over to dealing with issues such as culture, health or the environment—there was also the issue of those two candidates who, despite having parliamentary representation and having expressed their desire to participate, were not invited: Andrés Herzog of UPyD, and Alberto Garzón of United Left.

In the face of what they describe as a “media blackout”, both leaders voiced their right to participate in this and other debates through social networks—as well as to the Supreme Court and the Central Electoral Commission.

Àlvar Peris, Audio-visual Communication Professor at the University of Valencia, considers that not inviting them “was a very unfortunate decision by the communications group.

"I imagine that the decision was taken for the benefit of the fluidity of the debate, or for communications interests," he says, "but these types of decisions don't contribute in any way to the democratic health of our country."

However, Alberto Garzón, the United Left candidate for the Presidency, was able to crash the most popular part of the debate thanks to this tweet: “Do you like my intervention? It is democracy that is on a diet #7dElDebateDecisivo (7dTheDecisiveDebate).”

The leader of the third largest political force at the 2011 elections used social networks as a loudspeaker—and the response was huge, with more than 20,000 retweets from Twitter users. Several measurement tools placed this “intervention” as the most popular tweet by a politician during the entire electoral campaign. For this reason, some Spanish media consider Garzón the winner of the debate on social networks—despite not being invited.

Andrés Herzog was also present at Moncloa (the official residence of the Spanish PM), along with a group of supporters wearing masks of the UPyD candidate. They waited outside the studio where the debate was held to protest not being invited. In addition, the "Magenta Party" asked for the suspension of the Atresmedia debate, as well as another organised by the newspaper El País, because it considered that both debates were “a fraud”.

"Spaniards have the right to hear all voices," remarked Herzog during the campaign, "Especially those of the parties that have representation in Congress and who speak for—in our case—more than 1.2 million voters.” 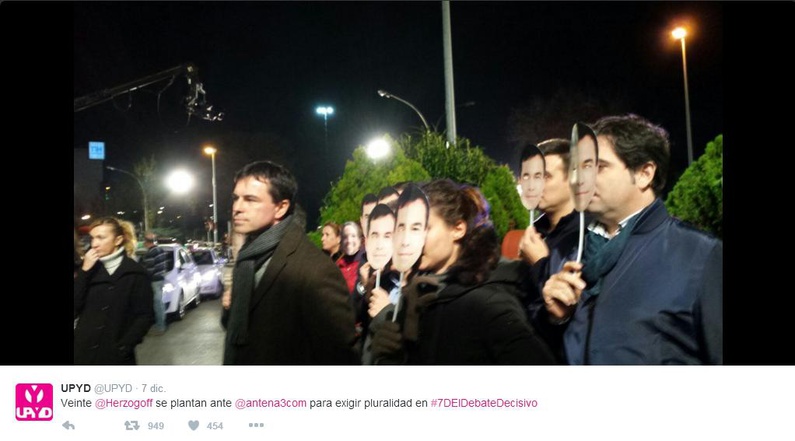 The only debate with all political parties present—regardless of representation in Congress—was held last Wednesday the 9th of November on TVE, the public television channel. It was a more pluralist model, though not without its own controversy. The Central Electoral Commission (JEC) forced the network to move forward the start of the program to prime time (22:15) and not at midnight as was originally planned. A demand made after a complaint by UPyD.

Only UPyD and Unidad Popular sent their party leaders to this debate. "It could be seen that this model allows for more voices, but it is also more difficult to manage in terms of broadcasting," explains Peris, "In addition to not having as big a capacity to attract the audience interest." 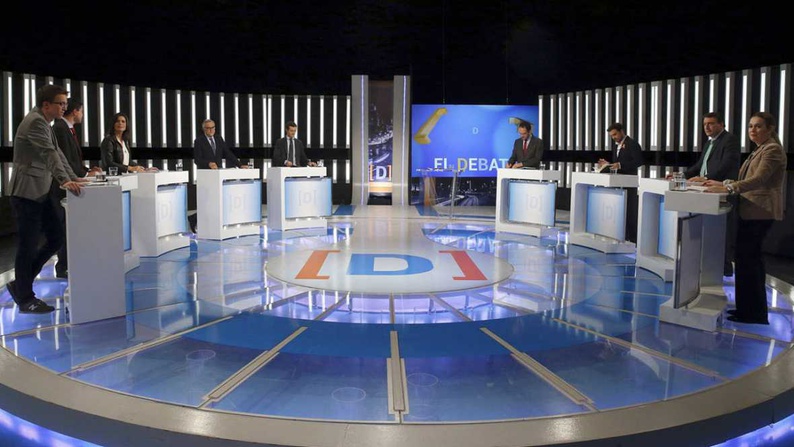 According to the professor: “It is very sad that the media planned their coverage based on opinion polls that—as we all know—are not trustworthy. They are only approximations of what will happen on the day of the elections.

"Therefore is could even be argued, up to a point, that some of the surveys, with powerful vested interests influencing the monitoring of parties, are unjust, and even undemocratic. IU and UPyD rightly complain about this. At the moment, they are still parties with parliamentary representation, and they should be treated as such."

In fact, according to the JEC, both public and private television stations must respect political proportionality. The private stations can decide freely if they organise an electoral debate, but they must “particularly bear in mind” the results obtained by these parties in previous equivalent elections.

In an instruction issued in March 2011, the JEC clarified that parties without parliamentary representation (like Podemos and Ciudadanos) “will not be able to receive political news coverage greater than that given to political groups that gained representation in the last elections.”

However, it also recognises the presence of “significant political groups”—such as Podemos and Ciudadanos—which is why all of these parties have the right to participate in debates and to receive media coverage.

Such an exclusion influences the vote. As Peris puts it: “The fact that both IU and UPyD were marginalised from the debates and social gatherings on the basis of polls that are very unfavourable towards them increases the feeling that they are not viable parties—that voting for them is as good as throwing your vote away. This perception is influential in the final behaviour of the electorate, and is fatal when it lowers their expectations towards these two parties.”

The countdown to the elections began months ago, and by the 21st of December we will know if UPyD and the Unidad Popular coalition are still part of the great parliamentary mosaic. Whatever happens, this parliament is expected to be more colourful than ever.

Translated from Partido político "not found"