Occult rituals, sects, animal sacrifices, disappearances...the fascination with the devil is on the rise on the Iberian peninsula, just as more and more priests are performing exorcisms. Where is this fascination coming from? Is it dangerous to dance with the devil? When can we even begin to talk about this thematic seriously?

Experts say that there are currently more than fifty satanic sects on Spanish territory, mainly in Barcelona, Valencia and Madrid. There are different types of groups, some more secret and others more dangerous than the other. Wealthy supporters of Luciferian sects hail Luciger as a symbol of knowledge and wisdom. ‘Satanic’ sects as it were profess a marked rejection of social institutions, consume substances and practise orgies. In last place comes the most dangerous sects, Los Adoradores de Seth (‘Seth’s Lovers’) aka Amigos de Lucifer (Lucifer’s Friends). This group is known for its kidnappings, sexual abuses and assassinations. Experts attribute the disappearances of children in Spain to these satanic sects who might use them for rituals. Nevertheless, the majority of cases remain shrouded in mystery. 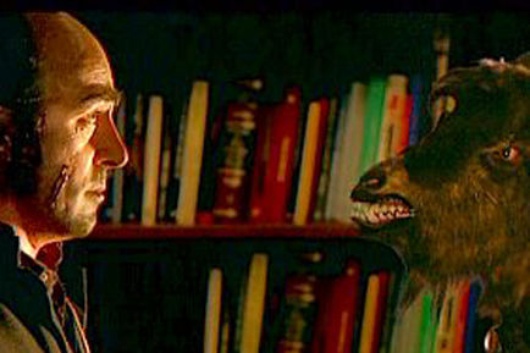 José Antonio Fortea is a theologist and demonology expert and one of the only priests who performs exorcisms in Spain. In Memories of an Exorcist (‘Memorias de un exorcista’, 2008), he talks of the need to keep up this activity because the devil is ever present in our daily lives. He began his career counting the number of cases on one hand, but predictably the phones started ringing after the publication of his first book, not counting the numerous visits to his parish. ‘There were three or four people visiting me daily. At that moment I was the only one with a safehouse in an entire country of forty million,’ Fortea explains. It turned out that the majority of these victims ended up being mental health patients.

Father Fortea explains that sometimes he has heard rustling when it’s silent in his room, and that whenever the name ‘Satan’ is uttered he has felt a cold chill running up his spine. ‘I’ve spoken with the Demon a lot, every week, but thanks to God I haven’t experienced any direct extraordinary attacks. It only happened one time that the lights went off by themselves when I was lying in my bed. I heard the switch go perfectly well. I just thought well if that’s the minimum they could do...’

One of the most exorcism stories coming out of Spain happened to 20-year-old Marta (the name has been changed), and two journalists specialised in religion. Fortea needed eight sessions to get the demons out of the young girl’s bodies except the last one, Zabulón, which refused to leave its victim. One of these exorcisms was filmed, showing a non-human voice coming out of the girl, says one of the journalists José Manuel Vidal. ‘You could hear the priest’s monotonous drone and this girl struggling to be free, before her groaning turned into a bloodcurdling, furious and loud roar. The exorcist placed the cross across her stomach and in between her breats as he blessed her with sacred water, but she was having such violent reactions that the crucifix fell off and her mother had to keep picking it up. Father Forteo invoked Saint George and when Marta heard him, she screamed and snorted as her eyes turned white. Her body arched as she rose about a hand-length off the mattress. I couldn’t believe it.’

We’re experiencing a fascination with the occult, the paranormal and evil. There are increasing symbols of satanism in our lives. Most traditionally it’s through certain rock music (The Devil's Music), although in Spain there’s been no revival since 1995’s El Dia De La Bestia ('Day of the Beast'), which is a music classic and also a film. But in the hour of truth, who wouldn’t feel a pang of worry before the ire of Satan?