|Opinion| Hard-line anti-abortion laws passed despite 81% opposition. Corruption scandals breeding like rabbits, suicide the most common cause of death after natural causes, youth employment at 56.1%, three million people in severe poverty... Spain is looking more and more like a certain dysfunctional fascist dictatorship...

Nestled on the sofa in my father’s home this Christmas eve, I did something I’m not in the habit of doing; I flicked on the television.  Since I refuse to have a television in my own home, these brief spells of familiar respite are the only time of the year when I’m exposed to the mainstream media. And since my father happens to live in Madrid, Spain, well, Spanish television it is.

Spanish television has never been famous for its quality newscasts, but as I flicked through the stations looking for something mildly entertaining or informative, it wasn’t the short skirts of the T.V presenters or the horrid fluorescent studio lights that caught my attention. Every station, whether it was news on channel 1 or one of the country’s many talk shows, featured stories about the hardships faced by average Spanish citizens as they struggle to make ends meet. From the 18-year-old girl who can’t afford to pay her electricity bill to the hundreds of people waiting in line at a soup kitchen in hope of obtaining a hot Christmas meal, the situation looked more and more bleak. But while everyone from the broke Iraqi man I once shared a cab with in Tbilisi to my friend’s teenybopper cousin in Tampa is aware that the Spanish economy is suffering, witnessing the hardship firsthand still leaves one wondering what the hell is going on in Spain.

If you had told me back in 2006 that a crisis of this nature would alter Spain so drastically, I wouldn’t have believed you. Back then the beaches were inundated with English, French, and German tourists who casually mingled with Spanish families during the holidays. While many speculated that the housing bubble sustaining Spain’s economy would eventually burst, no one predicted that the end of the construction boom would bring this level of misery with it. But as the Eurozone crisis left numerous citizens unable to pay the mortgage or the electricity bill, suicide became the most common cause of death after natural causes.

2013 was an especially painful year for ordinary Spanish citizens. The country dropped 10 points on Transparency International’s corruption perception index, members of the ruling party and the royal family found themselves embroiled in numerous corruption scandals – leading to the indictment of the Princess Cristina herself- and the government passed some of the most repressive anti-protest legislation since the death of Franco in 1975. While three million people suffer from severe poverty, the government spends money on new cars for callous MPs whose only apparent goal is to hit the beach as quickly as possible for the highly anticipated long weekend. Moreover, the country is starting to bear an uncanny resemblance to the Spain ruled by the now defunct dictator Francisco Franco, and some are even beginning to murmur that fascism is returning in the 21st century. 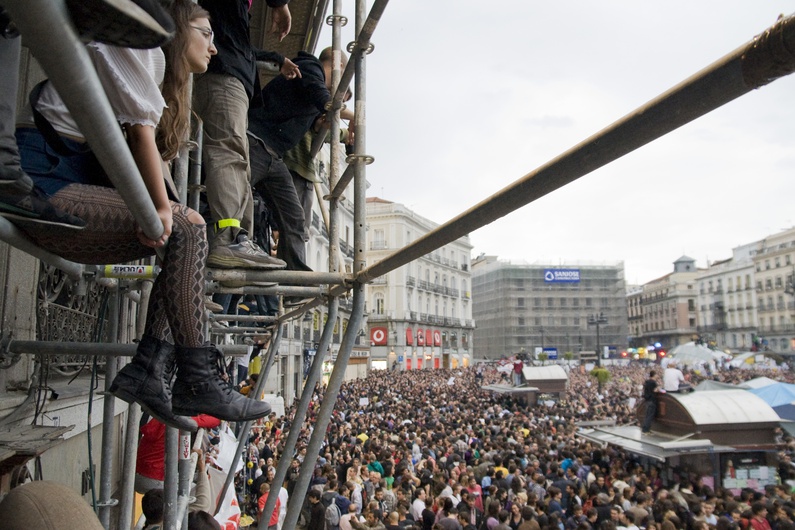 Spain’s popular party, founded by former members of Franco’s government, rose to power in 2011 amidst growing discontent with what many perceived as the Socialist Party’s poor handling of the financial crisis. Since its landslide victory, however, the Party has done little to hem the financial woes that plague the now impoverished Mediterranean country. Having won an absolute majority in the lower house of parliament, effectively obtaining carte blanche to pass whatever legislation it fancies, the PP has spent its time in power rescuing the banks that scammed thousands of citizens, most of whom were elderly, out of their hard earned savings and destroying any resemblance of labour rights. Since March 2011 protests have been an everyday occurrence in Spain, but calls for the government’s resignation have been perpetually ignored and the cries of the chronically unemployed have fallen on deaf ears.

This summer the government pushed through even more debilitating austerity measures and Spain’s youth unemployment hit a record 56.1%. It is no wonder that people across the country are taking to the streets in protest. But now, even the most peaceful protests will be off limits. A new law, known as the Citizen’s Security Act, calls into question the very foundations of Spanish democracy by fining protest participants exorbitant fees while making it more difficult to obtain a permit to hold a demonstration. 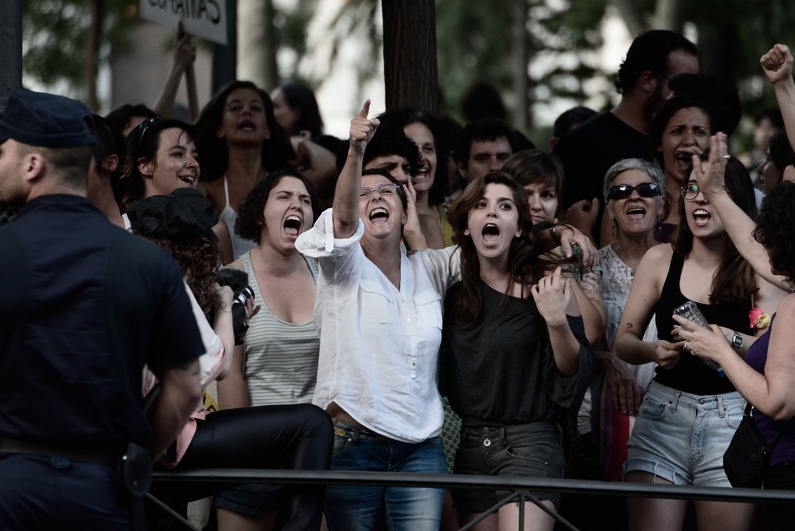 But if you believed the Popular Party had completely forgotten its pre-electoral promises, you were mistaken. Last month the PP successfully fulfilled part of its pre-electoral programme for the first time since coming to power nearly three years ago, passing a hard line anti-abortion law that will prohibit women from gaining access to safe and legal abortions. The legislation, which will do away with women’s right to choose, was passed despite opposition from 81% of the Spanish population. The new legislation returns Spanish law to the pre-1985 period when practicing abortion was an offence. Now doctors performing abortions could face up to three years in prison.

A far cry from the country that legalized same-sex marriage in 2005 and passed a historical memory law in 2007, allowing for the identification of the bodies found in mass graves throughout the country, victims of Franco’s oppression, crisis ridden Spain is quickly regressing to a time of hard-line conservatism and repression. The young and educated are fleeing and those who remain are angry and disenfranchised. Meanwhile, change seems like a distant and unrealistic dream.