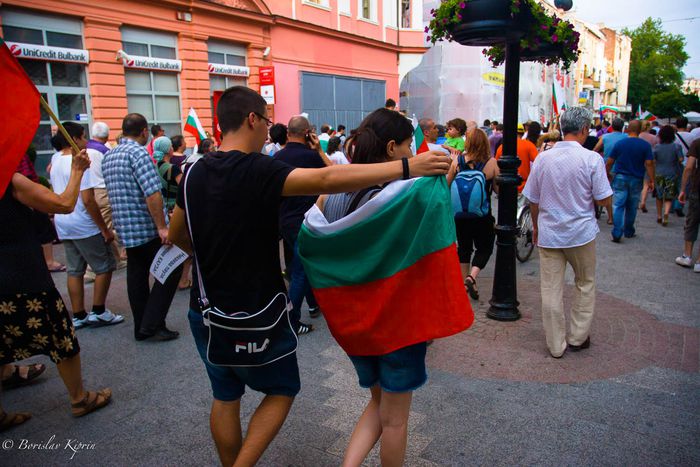 Spain can learn from Bulgaria's protesters

Lectures at the London school of economics on the impact of the occupy movement seemed incredulous in 2012, but this proved to be no anomaly. Over the past several years, protest movements have been toppling regimes across the global south. The volume of academic conferences and newspaper articles dedicated to this topic that was once considered fringe, is noteworthy to say the least

By 2013 the same 'occupy' phenomenon reached south-eastern Europe, irrevocably changing the political landscape there. Protests which kicked off in Maribor, Slovenia in November 2012 continue today in Bulgaria, Greece and Turkey. These movements draw up the commonalities of the political systems in two opposing ends of the continent, commonalities that have resulted in the indignation of citizens on either side.

SOUND RESULTS IN THE EAST

Like protesters in south-western Europe, citizens in the east voice grievances about a variety of issues including austerity measures, privatisation, corruption, unemployment and the destruction of the welfare state. The differences lie in the responses of the respective governments to these demands. While sharp criticisms have been laid at the door of Bulgarian democracy, its centre-right government under Boiko Borisov resigned. For 35 days, thousands have congregated in cities across Bulgaria to voice their displeasure at a phenomenon well known throughout southern Europe, cronyism and a lack of transparency in government appointments. The Bulgarian people are making their voices heard and civil servants (including the police) and even some politicians, such as Bulgarian president Rosen Plevneliev, are standing with them.

Most analysts believe that the protesters’ demands will lead to a complete overhaul of the political system in Bulgaria. As in Turkey this summer, protests over a single issue – against a local park being turned into an Ottoman-style shopping mall - have metamorphosed into broad opposition to the government. Bulgarian protesters have 80% of the population behind them. Their demands for a democratic state and an objective judiciary will probably be granted, because thus far protests  have contributed to the fall of the Slovenian and Bulgarian governments in January and February, as well as the defeat of unpopular policies such as the healthcare bill in Romania. Bulgaria and Romania, which are still considered second-class states within the EU, are demonstrating that the voice of civil society is given more weight than in countries like Italy and Spain.

Like in Bulgaria, petitions demanding the Spanish government’s resignation have received hundreds of thousands of signatures, and people have taken to the streets to demand the resignation of those in power. Unlike in Bulgaria, however, Mariano Rajoy's government has paid no heed. Thus, Bulgarian prime minister Plamen Oresharski's reaction to the protests - to call early elections - is the antithesis of what was expected of the Spanish state. 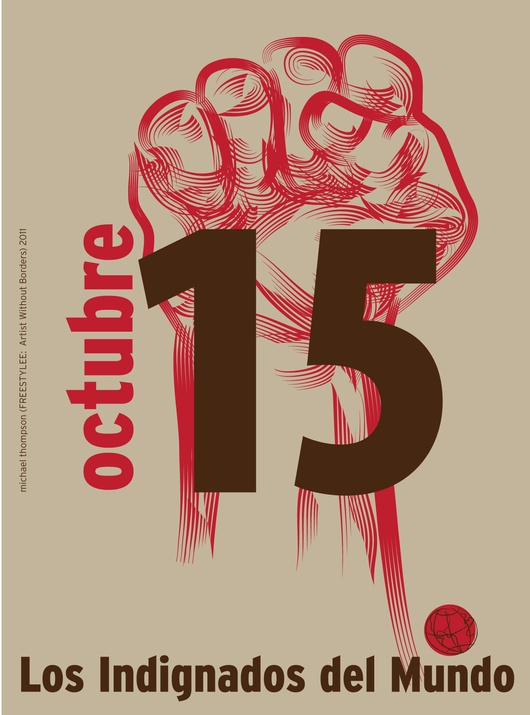 In Spain, countless number of citizens have protested since 15 May 2011 - a movement popularly called 15-M - to no avail. Rajoy's government, which came into power in 2012, refuses to hold early general elections. Throughout the past year corruption cases left the ruling party in Spain hanging its head in shame: the Gürtel and the Bárcenas cases implicated numerous members of the ruling popular party (PP), including allegations against the prime minister himself. Bribery, money-laundering, and tax evasion are all integral parts of scandals which have led leaders of the prime minister’s own party to call Spain’s political atmosphere 'disgusting'.

Spain today is a far cry from the country I knew before I left for Serbia in 2009. Today educated people litter the highways as they beg for any meagre assistance in order to feed their families. Almost 300, 000 of the country’s youth have left in search of greener pastures. Children go to school hungry, and the elderly have been scammed out of their savings by greedy, lying bank officials while the government sits idly by. In a situation such as this even the sunshine cannot erase the anguish of a nation alienated by years of fruitless protest. Spain and Bulgaria are facing nearly identical obstacles, but how their politicians address these obstacles will determine whether their country’s woes last long into the future.