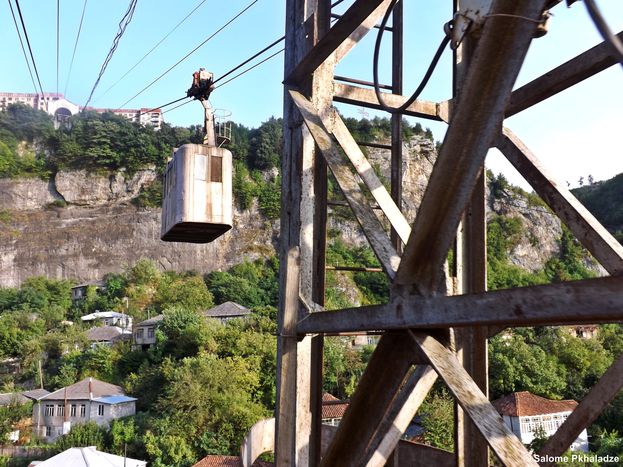 Soviet Engineering: Would You Take a Ride on Chiatura's Aerial Tramway?

Would you take a ride on a crumbling, rusty, Soviet-era aerial tramway that is more than six decades old? It may seem crazy, exciting, or scary, but not for those who live in Chiatura in Georgia.

Chiatura is a small city in western Georgia, home to one of the largest manganese reserves in the world, a valuable mineral used to produce steel, among other industrial metals. In its heyday, Chiatura produced 60% of the world’s manganese. But mines are not the only attraction in this city. 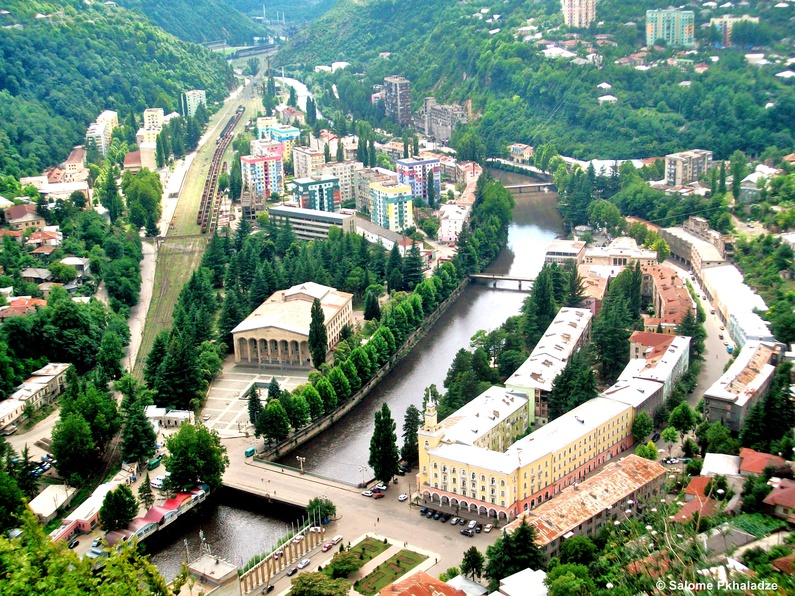 Manganese mines are located on the outskirts of Chiatura, which is located in a hilly mountain valley on the banks of the Qvirila River. In order to navigate the rolling landscapes, the Soviet authorities built aerial tramways to transport workers up to the mines to facilitate the manganese extraction process. Built in 1954, Tramway 25 was the first aerial passenger tramway in the U.S.S.R. The mastermind of the project was Georgian Giorgi Pantsulaia. 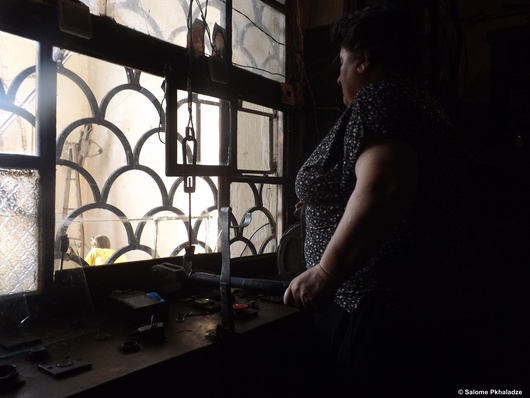 “The aerial tramway has track cables, haulage rope, an electric motor and two passenger cabins. Track cables provide support while the haulage rope provides propulsion. The electric motor drives the haulage rope. It effectively pulls one cabin down and uses its weight to help pull the other up. I work for Tramway 25. It was built 60 years ago, and since then, I can say, nothing has changed. Today, aerial tramways are one of the main tourist attractions in Chiatura. People come here from the USA, Poland, China and so on,” explains Elza Kobiashvili, who has been working as an aerial tramway operator for 19 years.

Viktor is a tourist from Poland. It is his first time in Chiatura."My friend told me about this beautiful place. I am fascinated by its unique nature, friendly people and also, of course, the aerial tramways. At first, when I saw the tramways, I was little bit scared. I mean, they are from the Soviet era. But my journey appeared to be very safe. I saw breathtaking views from its tiny windows,” says Viktor. 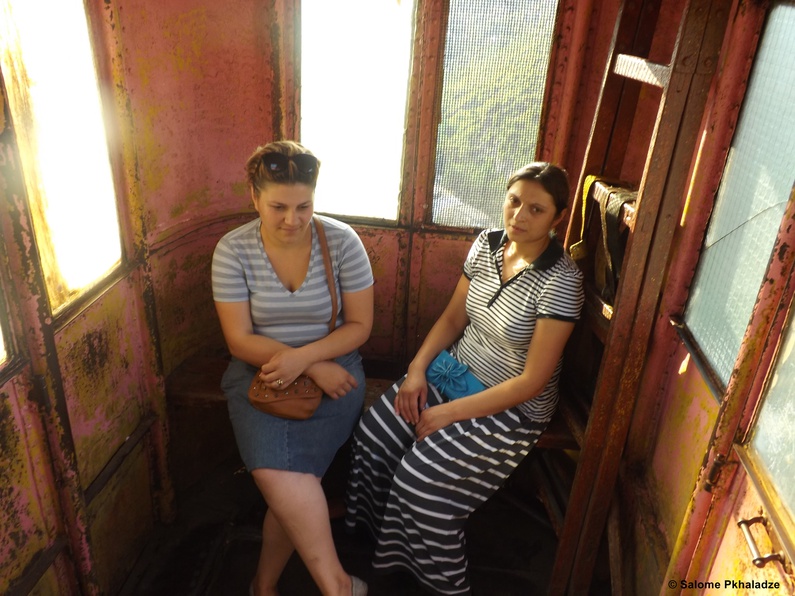 Today, despite the conditions, nearly 20 aerial tramways are still in use. They are also still the main mode of transportation for the miners and some local residents. 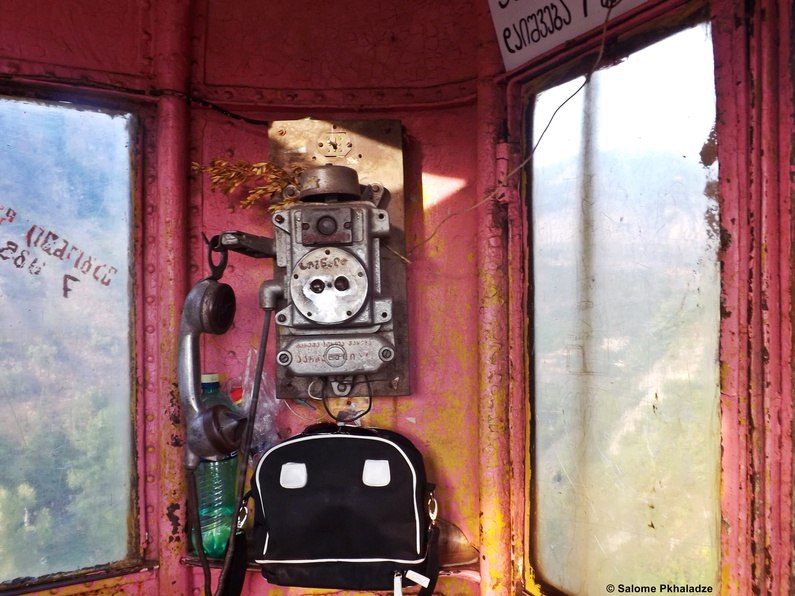 In May 2014, an agreement to reconstruct and rehabilitate Chiatura's aerial tramways was signed between the Governments of Georgia and France. According to Georgian news agency Comerasant.ge, the French company Poma will invest 14 million euros for its reconstruction.