The Sendong tropical storm (called 'Washi') that hit the southern Philippines on 16 December was unexpectedly deadly. 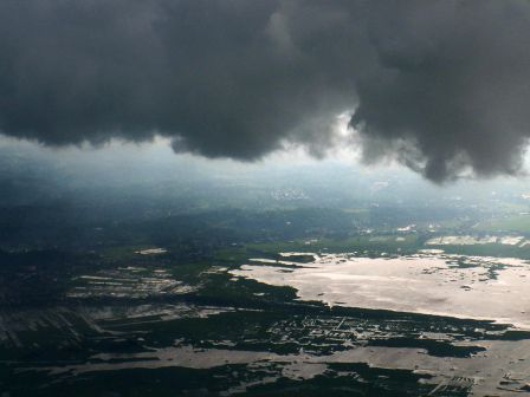 'The water level in Laguna de Bay, one of the largest freshwater lakes in Southeast Asia, rose to a record high 14.62 meters in 1919 due to a typhoon. In 1978, typhoon-induced rains caused the level to rise to 13.58 meters,' reports one blog from the Philippines.

No-one expected the storm would kill hundreds of people. Dozens of typhoons hit us every year, but the recent one had a strange and rare path. Rarely does a typhoon hit the southern Philippines. That's why no one was prepared. The weather was already back to 'normal' two days later, but the next problem was the search for the missing people and now on rebuilding. It's sad it had to happen as christmas neared.

For more information about the news, two good sources we recommend are abs-cbnnews and inquirer.