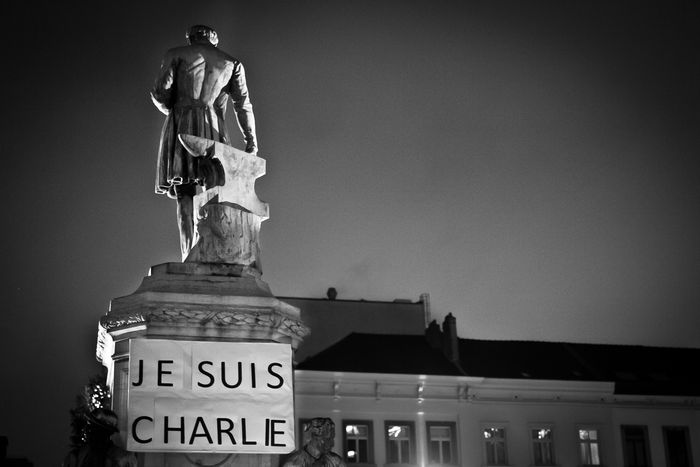 Some thoughts on the attack of Charlie Hebdo

<Opinion> Returning from vacation with good expectations for the coming year, my thoughts were put in perspective by the cruel attack at the French satirical weekly “Charlie Hebdo” in Paris.

The 7th of January 2015 will not be forgotten: it will be part of History. Twelve lives were mowed down, twelve human beings were caught by surprise by three armed men who brutally ended their lives. Why? Because of a satirical drawing of the Islamic prophet. We have just reached the worrying point where fanaticism has clashed with the basic fundamentals of freedom of expression.

Despite not having real evidence, we do know that this was a clear terrorist attack in the name of Islam. Not only because we heard “Allahu Akbar” in one of the recorded videos from a citizen but also by the evident sequence of the attack, right after the publication of an edition satirizing “Muhammad”.

Before this outrageous happening, I stress some important points to take into account. First, we should not condemn the Islamic community as a whole (especially not knowing a lot of important details of this tragedy). We already heard several Islamic voices condemning this carnage, showing their support for the victims and their families. Moreover, a couple of days before the attack at “Charlie Hebdo”, we witnessed massive support from German citizens against the Pegida Movement, an anti-Islamic collective group, in Dresden and in Köln. We see here a mobilization and support towards Muslims which represents how civilized Europe can be when the matter is of extreme importance. Nonetheless, after the brutal attack, we saw several mosques become targets of vandalism in Europe. Is this the correct response? Absolutely not.

By committing these acts, terrorists seek to spread fear among citizens and governments. They shall not win. We know that terrorists' acts are necessarily connected with the mainstream media. We know the mainstream media lives from tragic situations like what happened in “Charlie Hebdo”, we know the mainstream media need these situations to live, but now, we do know how this disgraceful happening has shocked all the journalistic community. All the support coming from several newspapers’ staff has been impressive and encouraging. They will not forget, they will not forgive.

The Western community looks at “Charlie Hebdo” as the new 9/11 and this will have repercussions all over Europe. To begin with, the security policies will now be stricter than ever. Rules over migration will be firmer as well. But a concerning question is popping up across the European Union: will the extreme far-right parties in Europe gain with this chaotic feeling of insecurity? Unfortunately the answer seems to be positive as this widespread fear appears to be strong enough for people to pin their hopes on discriminative and xenophobic policies.