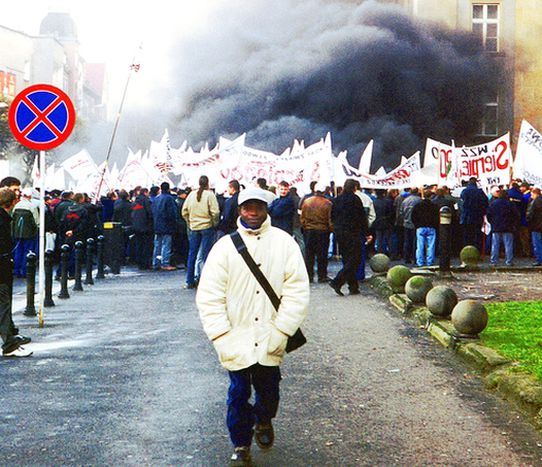 Solidarity turn their backs on 1989

In 1989, the Solidarnosc (Solidarity) trade union contributed to a democratic revolution in Poland. Now, on the 20th anniversary the celebrations could be called off due to trade union protestors

This is no historic film setting; more like a possible scenario for the 20th anniversary jubilee of the peaceful revolution. Tyres are burning, demonstrators are throwing stones from the streets and the police are hitting back with sticks. There is a state of emergency in Gdańsk.

This is no historic film setting; more like a possible scenario for the 20th anniversary jubilee of the peaceful revolution.

The Polish trade unions are planning a demonstration against the Government on the same day when politicians from all over Europe want to celebrate the democratic revolution in this Polish eastern seaside town.

The trade unions want to demonstrate against the demise of shipyards in Poland, and among them all is the biggest trade union in Poland; the legendary Solidarity. It’s paradoxical that the celebration should fall on 4 June 1989; the day of the first democratic election in Poland. Solidarity had it all figured out and crucially contributed to this success.

Democracy in Warsaw before Berlin and Prague

The Polish government consider it a must to show the whole of Europe that democratic revolution started in their country; long before the Berlin Wall fell or the Velvet Revolution took place in Prague. That is why there were massive celebrations planned in Poland to mark the 20th Anniversary, as well as the meeting in Gdańsk. Gdańsk is relevant due to the Solidarity party, Lech Walesa and the shipyard as the symbol of the liberation movement. This is exactly why the international celebration should happen in this location; in front of the shipyard entrance in Gdańsk. The heads of state from every nation – who lived through the 1989 turmoil – should be there; including Vaclav Havel and Angela Merkel.

The trade unions have announced a huge demonstration in Gdańsk on the celebration day itself!

Now, the celebrations in Gdańsk – the birthplace of the Solidarity movement – have been moved to Krakow. The trade unions have announced a huge demonstration in Gdańsk on the celebration day itself; a protest against the demise of shipyards in Poland. A few months ago the EU decided that the financial assistance allocated for years by the Polish government to shipyards is in contravention of EU law. The state must now sustain the shipyards and assume the debts. Polish shipyards have been excluded from competing (for work) due to cheaper competition from Asia, lapsed negotiations from consecutive governments with the EU and antiquated technology.

Production costs for ships are now higher in Poland than their selling prices; the government allowed this situation to go on for years. The reason was their concern with the consequences of making a sweeping decision. The Polish government was put under pressure by the EU commission and, as a result, the shipyards in Gdynia and Szczecin were sold off so that the surcharges could be paid back. That is part of the urgent restructuring.

The trade unionists from Solidarity do not see it that way; they are accusing the Polish government of anti-Polish policies. The unionists argue that if the French and German governments subsidise their shipyards, then Warsaw should negotiate harder too. Warsaw is now pursuing a policy which contradicts Solidarity’s liberation movement ideals from yesteryear. 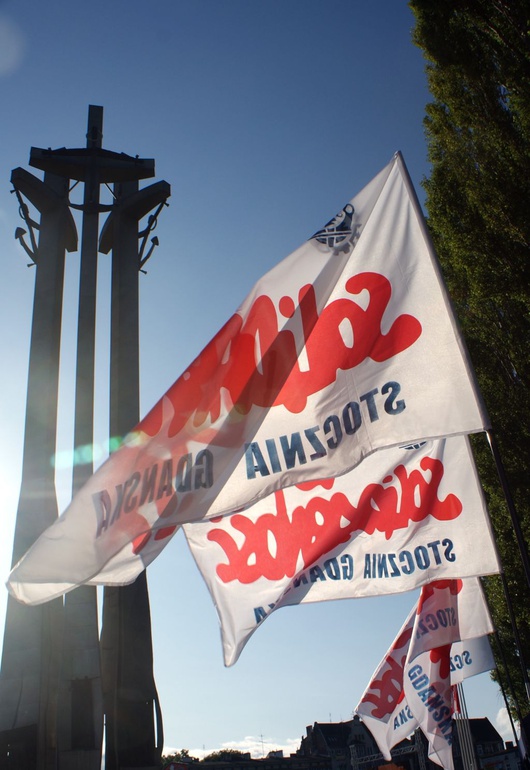 The 4 June demonstration is not the first protest by the trade unions; two weeks ago it came to riots in Warsaw on the anniversary and during celebrations of Poland’s ascension to the EU. Trade unions demonstrated in front of the Congress Hall where, at the same time, the European people’s party were in session. The demonstration ended in violence and brawls; many police and demonstrators were injured. Trade unionists from the radical Solidarity 80 fraction occupied civic platform (Platforma Obywatelska, PO) offices all over Poland. The police had to evacuate the offices.

Speaking from Warsaw, the prime minister Donald Tusk said that (the government) calling off the celebrations in Gdańsk would be a ‘dramatic decision’ if the trade unions do not take back their threats. 'I will not risk the good reputation of Poland,' said Tusk word-for-word. The trade unionists have announced that ‘blood could be spilled’ in Gdańsk; politicians, including those from the opposition, are incensed.

European elections in lieu of Solidarity

'We want to remember Poland’s success; on the peaceful transition from communism to democracy,' said the mayor of Gdańsk, Pawel Adamowicz. It would be a serious disgrace on Poland at an international level, and the loss of an important chance to emphasise the role of Poland in the democratisation of eastern Europe. 'It is not so much about the shipyards; more about any political interests before the EU election,' reasoned Slawomir Nitras. He is the civic platform MP and a candidate for the EU parliament.

The heroes of those events are calling for reason; the trade unionists still remain defiant. “The issue is decided”, said the chairman of Solidarity, Karol Guzikiewicz, on 5 May from the Gdańsk shipyard. The government is solely at fault for this situation. In any case: a decreasing number of Poles want to finance the symbol of 1989’s protest – the Gdańsk shipyard – with their taxes. The trade unions do however have support for their protests outside of the shipyards.