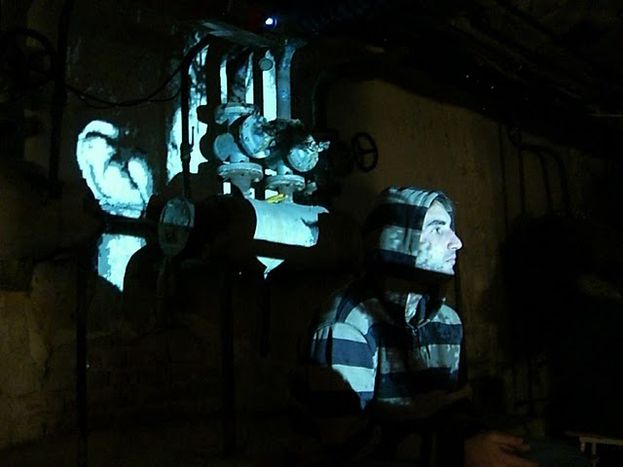 In Bulgaria there are no cultural policy programmes and the crisis has consumed the ministry coffers. Filmmakers like Kamen Kalev, playwrights and other creative minds demand government transparency and methods to support their enterprising spirit. Part one of a five part 'EU crisis on the ground' city series

Where is the money? This is the unanswered question on the lips of all Bulgarians when discussions turn to the state management of public funds. This is the problem that the ministry of culture is currently attempting to resolve, 'but which continues in a state of chaos,' explains Diana Andreeva, director of the Sofia observatory of cultural economics. Thanks to the spectacular growth in the country in the last five years, Bulgaria has accumulated a fiscal surplus of 1.6% of GDP. This has allowed the ministry of culture to receive a 'significant amount of money in comparison to previous years,' argues Andreeva. 'But the country has no government policy to follow in terms of culture; as a result, there is no control as to how the money is spent.'

'Sofia is full of poetry. The city must be shown in a different way'

Moreover, nor do public entities that finance cultural projects follow any criteria when it comes to giving money to one project or another. It's a 'nonsensical' policy in the opinion of young writer Alexander Manuiloff. He knows Sofia like the back of his hand. 'Parliament was built to be a theatre!' explains the dramatist, who reels on stories about the places we visit, from the church of St George (one of the oldest Christian temples in the Balkans), the spectacular Alexander Nevsky cathedral (one of the biggest Orthodox churches in the world) and the Hagia Sophia church, after which the city was named in the fourteenth century. Manuiloff’s idea is to explain all the curiosities of the city in a documentary. 'Sofia is full of poetry and the city must be shown in a different way,' concludes the enthusiast. 'But the ministry of culture rejected my request for a grant to develop my play about Bulgarian life, but they financed a group that organises capoeira dance lessons in Sofia. What kind of criteria do our politicians employ when promoting Bulgarian culture?' 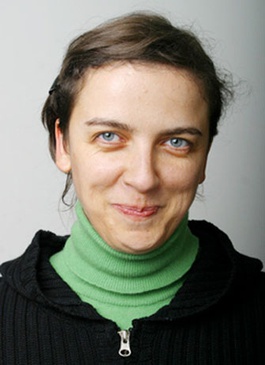 According to a survey created by Andreeva based on information taken from the ministry of culture, cinema and theatre budgets have been slashed by 29% and 28% respectively due to the economic crisis. Furthermore, some months ago the Bulgarian government announced that the budget for the industry will be reduced further in 2010. 'The cinema world is under a huge threat,' believes Martichka Bozhilova, a EURODOC graduate who has been head of projects for Bulgarian production company AgitProp since 1999. It's based in a quiet suburb of the city, in which communist style buildings mix with neoclassic and baroque revival architecture.

One of Bulgaria’s most famous filmmakers at present, Kamen Kalev, who directed the acclaimed Bulgarian-Swedish production film Eastern Plays (2009), shares Bozhilova’s opinion. 'Cutting the budget in half is akin to genocide of the cinematographic industry, which represents the new voice of the country’s youth.' With a mocking smile and an affable look, Kalev expresses his devotion to film in the Odeon bar in the centre of the city, one of the few cinemas which backs home-grown and independent talent. 'People do not know what is happening in Bulgaria, and film is a good way to explain daily life of what is going on around the country.'

'The state is not fulfilling its obligations,' adds young documentary director Maria Averina, who graduated in philology and holds a masters in film directing. Averina chose to focus on documentaries because 'it provides a direct way to convey a concrete reality and form an opinion on a given topic.' Averina comes from a filmmaking family and will direct a documentary written by Alexander Manuiloff. The combination offers a perfect opportunity for collaboration between bohemian Manuiloff and the professionalism and sentiment that Averina offers. 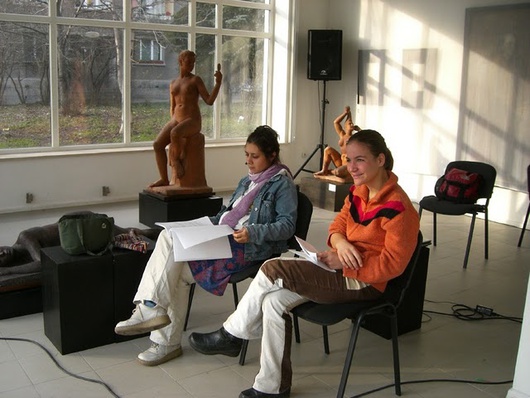 Theatre is another sector that has been adversely affected by the crisis. 'Independent artists with fewer resources are disadvantaged when it comes to receiving public aid,' highlights Vasilena Radeva. She is the director and member of the NGO 36 Monkeys, which was created to extend and diversify non-institutional art in Bulgaria. In a welcoming tearoom that could be found in any of the most stylish capitals of Europe, Vasilena’s blue eyes burn as she explains the three personal projects that she is planning for the new year; three different performances, one of which will be performed in the Sofia state theatre, the youth theatre. Since 2007 the theatre has supported young artists with the aim of having their most risqué productions shown. 'This year we’ve received a record audience,' states Vladimir Lyutskanov, director of the youth theatre happily. Although, he ironically adds, 'We’re not bothered by the crisis. The ministry of culture has always been short of cash. We’re well used to it!' 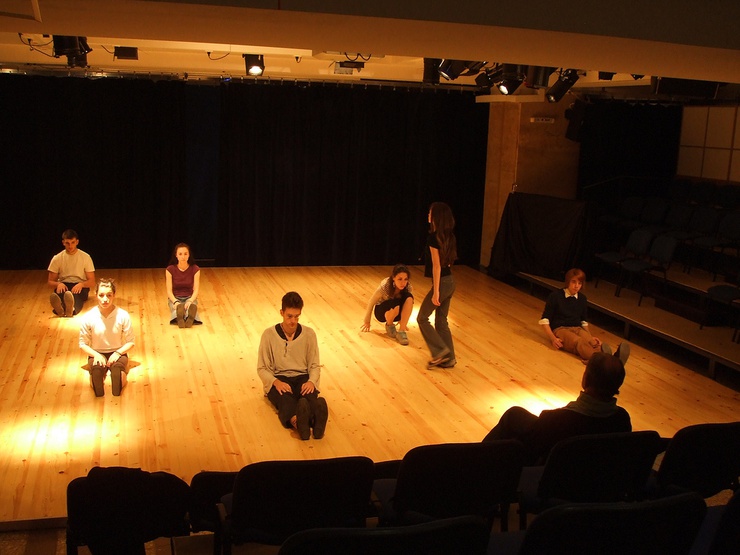 Another aficionado of theatre is the director of the Alma Theatre of the University of Sofia. Nikolai Gueorgiev is a veteran dramatist with gray hair who was forced to emigrate from the country during the communist era alongside many other artists. According to him, the capital’s theatres 'have a strict policy to represent classical and comedy based theatre, and there is no room for ground breaking ideas.' Gueorgiev, however, is looking at other formulas. In the university’s theatre, the young actors insult the audience, spit, eat, kiss, touch one another, shout and cry before a small, yet stupefied audience. Gueorgiev has his own theory. 'All the funds that support culture have been cut, but the crisis can be seen as a positive thing. Now those that continue in the industry are the real enthusiasts who truly believe in what we create.'

With or without resources, the Bulgarian capital has a new generation of artists that are pushing for a cultural space in the city, and to be able to show their works outside the country. 'Sofia is alive; there is a palpable 'boom boom' that you can feel. We can already see what we are becoming,' concludes director Kalev.

Read this article in Bulgarian

Many thanks to Camelia Ivanova and the cafebabel.com team in Sofia. Read their blog here