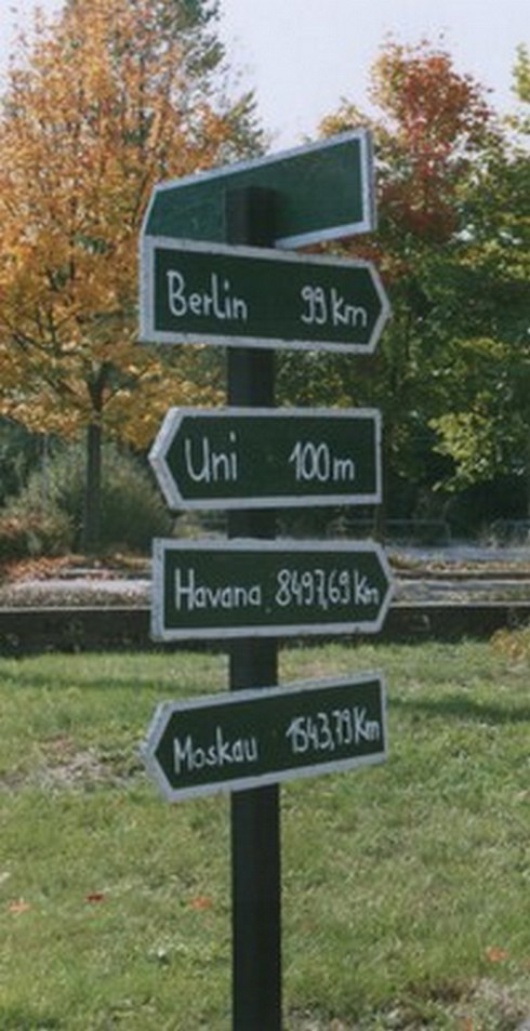 Everyone looking to convince themselves that socialism still exists in Europe should go to the Havanna Club Bar, opposite the European University Viadrina in Frankfurt (Oder). There you can seek out the next (socialist) travel destination. To tempt you: Berlin (symbol of east-west unity), Havanna (with its exotic touch) and Moscow (should anyone wish to become politically active).

Damien Dauchet, 25 years old, Wustrow, he is currently training to be a journalist.