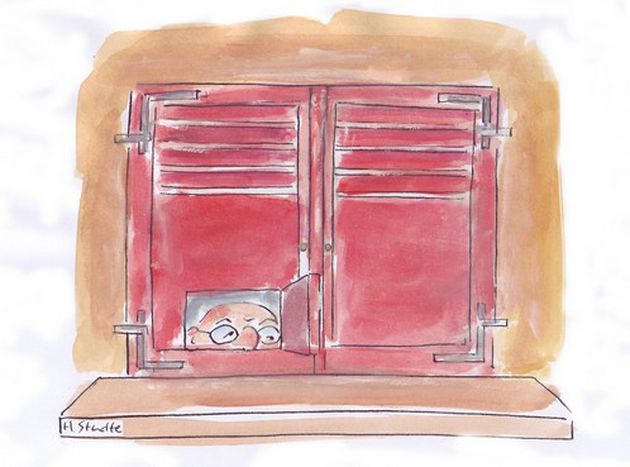 Obligatory details in forms – who in Europe doesn’t know about them. There is a legend that the word snob came from the addition s. Nob, from the Latin sine nobilitate, meaning ‘without nobility’. It was used for the students at Oxbridge universities who were not from the nobility. Actually, the word ‘snob’ comes from the northern English word for ‘shoemaker’ in the eighteenth century. No surprise that this nobility tries to conceal its etymological roots!

In the style of snobs, many other expressions in European languages have taken on completely different meanings in their new surroundings. The main culprits in the eighteenth century were the French. Whilst they pored over lists in their offices, they drank mocca faux (‘fake mocha; meaning ‘coffee substitute’). Nowadays in Germany the drink is known as Muckefuck.

In Poland one only has to raise one’s eyebrows and ask for a Wihajster. This cute word is the onomatopoetic adoption of the German question Wie heißt er? (‘what’s his name?’). In Polish it’s a quick way of finding out someone’s name when it escapes one’s mind.

In France and Italy you can also ask Was ist das? (‘what is that?’). This loud outburst of curiosity harks back to the exclamation made by Germans from their attic windows as Napoleon entered their towns. Consequentially in 1798 the dictionary of the French academy defines the small parts of windows or doors that can be opened separate from the rest as le vasistas. These days the French call them by many different German names - Oberlichter (‘skylight’), Türspione (‘spy hole’) and Dachflächenfenster (roof windows). And to complete the circle of curiosity, vazistaso has now made its way into Esperanto.