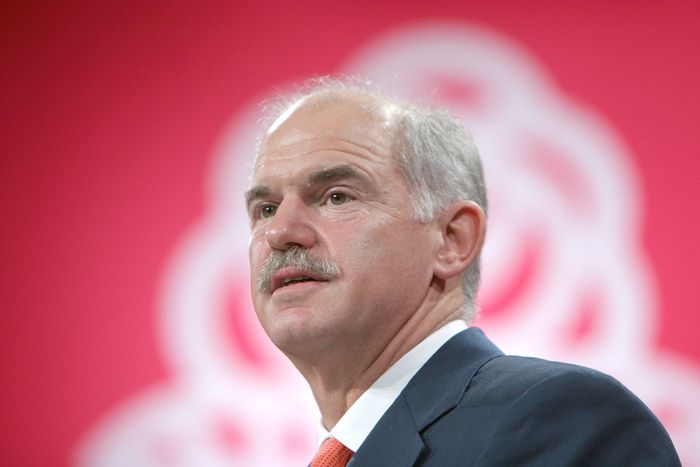 Snap elections in Greece snap the conservatives out

What led Costas Karamanlis to provoke a snap election when defeat was certain on 4 October? The picture in Zappeion Hall is in complete antithesis with that of the 2007 election, where he was a ‘rock star' prime-minister

4 October was one of the worst nights for the new democracy party since the foundation of the conservative party in 1974. Pasok (Panhellenic socialist movement) won their rivals over by 10% by collecting votes from the whole political system (43.8% to 34%). The communist party (KKE, 7.5% and 21 seats) and the coalition of radical left (Syriza, 4.6% and 13 seats) managed to retain their former percentages. The right wing party of Laos (5.6%, 15 seats) slightly increased its percentage, while there was an increase to the percentage of the green party (2.5%) - which hasn’t entered the parliament. Meanwhile, Greece is facing its own structural problems. The new government has to pull the country out from the economic depression and restore the relation between the political system and the citizens. Opposition leader George Papandreou has won a personal bid and will be forming a 'personal’ government. Now, with conservative leader Costas Karamanlis’ resignation, is it time for party no. 2 Dora Bakoyannis to take power?