Slum life in Bangkok and Nairobi

Slums still shelter one third of the world's urban population, with 6% in 'developed' countries

We're halfway to 2015 - the deadline for the completion of UN millennium development goals, including halving the number of people living in poverty. According to the United Nations Human Settlements Programme (UN Habitat), Africa has the highest proportion (72%) of slum dwellers, followed by Asia (57%) and Latin America (31%). 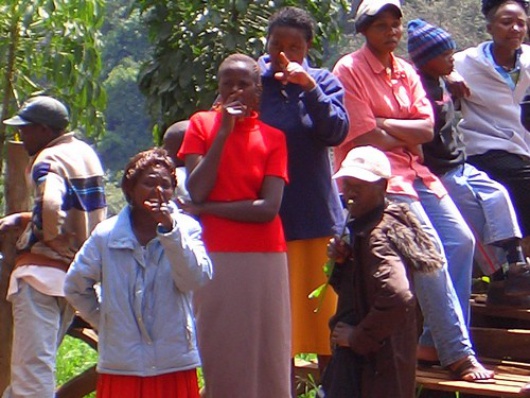 These figures may provide an approximate idea of the scale of this phenomenon, but also wrongly beam a global image of very distinct realities from one district and one category of population to another. In the entire neighbourhoods they make up of Bangkok and Nairobi, shanty houses are the specific feature of bustling cities in developing countries.

Shiny air conditioned condos with private swimming pools house international corporations expats in Bangkok. In the 2006 UNDP Human Development Index (HDI), Thailand ranked 74 out of 177, trailing Albania and ahead of Ukraine. Take a regular train to Bangkok’s suburbs though, and you might get a glimpse of the Bangkok slums which host 10% of the total population of the capital (2000 governmental official data).

Families leave their villages for Bangkok in the hope to have a better life and end up settling down in shanty houses made from whatever material can be found nearby. Being 'squatters' doesn’t give the dwellers access to facilities such as running water, electricity and garbage collecting. Dengue fever peaks during the monsoon, fire hazards and eviction notices, when land is reallocated for other projects, contribute to rendering their environment insecure.

Thai shanty houses shelter families which have been living at the same place for more than 30 years. Others families settled in the provinces come to the capital for seasonal work only, when they don’t work in the fields. Thus, 'building a community with everyone is difficult because some families don't stay permanently like us,' says a mother-of-two in her thirties who runs a small shop in the slum, during an NGO meeting on 'human rights and extreme poverty.' Some organisations which tried to implement development projects left because of the lack of organisation.' 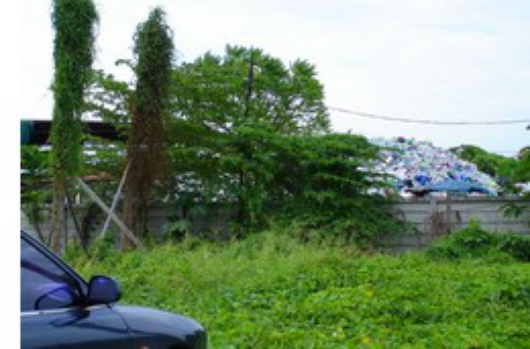 In another slum of Bangkok next to the 'Ban Khem' dumping site, slum-dwellers make a living re-selling material and are currently rehabilitating their community, thanks to the Baan Mankong programme run by the Thai governmental agency. However, taking part in such a programme indicates that a community is organised enough to set up a saving group, meet regularly, and so on.

A train passes through a Bangkok market

'Korogocho', the third largest slum of 199 (UN Habitat) in Kenya, means 'confusion' in Kikuyo – the language of the largest ethnic group. Around 120 thousand people of 30 different ethnic groups densely populate an area of a single square kilometre. Illegal refugees, migrants from rural zones, evictees and evacuees live in makeshift shacks made of tin and mud. 35% of this population has HIV, 70% are under the age of 30 and 60% of women are child mothers.

The area extends to a zone east of the capital Nairobi, half owned by the government and half-private. The 80% of dwellers who don't own a shack still pay rent. Korogocho lacks running water, electricity, infrastructure, work, programmes of instruction, good hygiene and space for social interaction. The slum borders the Dandora dumpsite, one of the largest waste dumping grounds in Africa, for the city of Nairobi – and which reached full capacity in 2001.

Recyclable waste is a veritable business upgrading slum life, usually in demand by 'scavengers' in the form of local criminal groups. 'For years people have been daily breathing in garbage dioxin fumes, which picks up the waste matter of the entire capital,' says Father Daniele Moschetti, who lives in the community with the Comboni Missionaries. Since 1983 the group has tried to upgrade the slums, promoting health and a project of redevelopment, for example recycling garbage from hotels, embassies, aeroports and commercial centres.

Amidst the children who sniff glue, illegally brew chang’aa (cheap alcohol usually distilled from maize or sorghum), steep unemployment, deaths from tuberculosis, malaria, typhoid and AIDS. Medicine is expensive and hard to come by. But there is hope. Around forty former scavengers work at the successful recycling initiative the 'Mukuru Recycling Centre' (MRC). About a hundred street children work with the garbage at the Boma Rescu children's shelter. There is also the St John Informal School, a drug rehabilitation centre in Kibiko (Ngong Hills( and a fabric market in Bega Kwa Bega which is run by local women.

The authors statistics from their own countries

- 1 million people live with others

- In 2006, 11,1% of families resident in Italy were living in poor conditions (4 October 2007 data from the Italian National Institute of Statistics/ ISTAT)