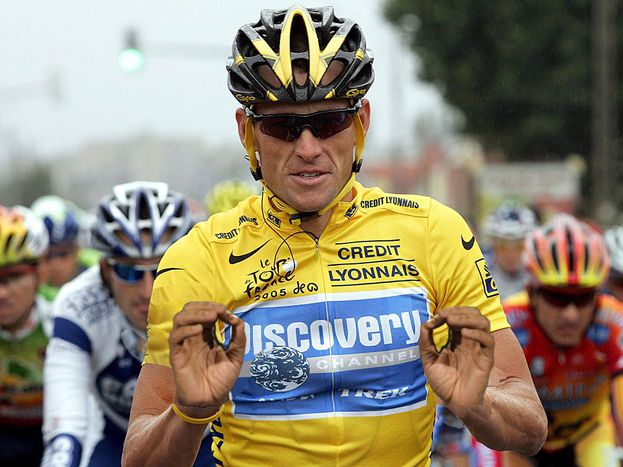 On 22 October the international cycling union stripped US cyclist Lance Armstrong of his seven Tour de France titles and banned him from the sport for life after concluding that he had practiced doping systematically for years. The EU media is split the people who pulled the strings and other top cyclists being called to account, and criticism that the sentence is doing great damage to the sport

'Armstrong bears no less responsibility than his patrons in business and sport' - Delo, Slovenia

The sanctions against Lance Armstrong and other well-known cyclists are not enough to change the system, the Slovenian left-liberal daily believes: 'It is to be hoped that the action taken against Armstrong will not only bring down the wall of silence in cycling but also the fortress of lies in top-level sport. The doping-plagued cycling world is just one part of sport that has been contaminated by greed. Naturally Armstrong, as a symbol of all the sleaze, bears no less responsibility than his patrons in business and in sport. If the hallowed cyclists knew of the 'background' to the treacherous victories in the Tour then certainly all the supporters of the business, worth almost a billion dollars, also knew. Today they are burying their head in the sand. If only Armstrong, [Italian sports physician] Dr. Michele Ferrari and the others who were caught are put in the pillory nothing will change. The system won't destroy itself' (Vito Divac)

'In principle all top ten cyclists in various tours are under suspicion' - Tages-Anzeiger, Switzerland

Lance Armstrong deserves to lose his titles and be banned from cycling, but the same goes for all other top cyclists from the same era, the Swiss liberal daily concludes: 'The best thing would be not only to erase Armstrong's name, but to declare the entire 'EPOch' a black hole, from the start of the 1990s to the middle of the past decade. During this time 'Edgar', as the blood drug EPO was lovingly called, and later the blood bag, were the faithful companions of almost every top rider. Things remained that way even after that period, but the doping controls began to take effect and along with many others Armstrong's two successors Floyd Landis and Alberto Contador were also caught out. In principle all the top ten cyclists in the various tours are under suspicion and should be subject to checks. Only then can we ban this enire calamitous era from memory' (Martin Born)

It is exaggerated and unfair of the international cycling union to strip Lance Armstrong of all seven Tour de France titles, the Spanish conservative daily argues: 'Naturally there are those who say that a criminal must be punished. But even in a normal judicial system an offence can come under the statute of limitations. The cyclist never tested positive, and now all the tests going back as long as 14 years are being reassessed. It is possible that Armstrong wasn't playing clean but under the rules that existed at the time it was impossible to prove it. There should be limits when re-examining the past. How far should one rewind in the hunt for cheats? No doubt other athletes would also fail the tests to which Armstrong has been subjected. Taking justice to the extreme can also result in injustice, so that instead of saving cycling the UCI is actually hastening its destruction'

'Who will have the courage to erase 25 years of history?' - La Stampa, Italy

The punishment of Lance Armstrong represents perhaps the last chance for cycling to make a new start, the Italian liberal daily warns: 'The judgement hit like a bomb. Will the cycling world ever recover? Perhaps. But only if the entire environment is prepared to drive the traders out of the temple. The union knows where the evil lies. But who will have the courage to erase 25 years of history? Doping has always existed. Since the mid-1990s increasingly sophisticated doping methods have falsified the results of every race. Are the masters of the cycling world prepared to erase the list of winners and risk a fresh start? Unless radical action is taken now it will not just be Armstrong's head that rolled yesterday; the last chapter in the history of an honourable sport will have been written' (Gianni Romeo)