Lovers of good food can rejoice. A gourmet country is joining the European Union. Enlargement is a way of broadening European culinary tradition and savouring new dishes. 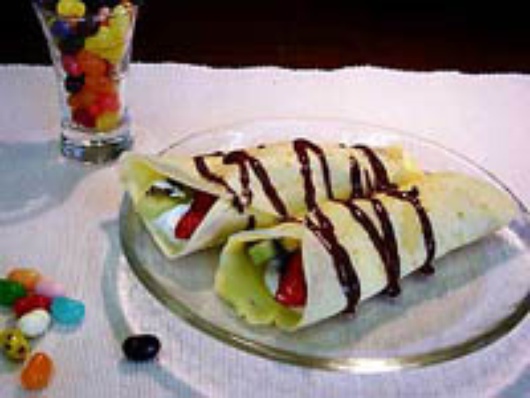 The influence of Slovakia’s neighbours throughout the centuries has been so strong that Slovak cuisine is most assuredly European. At its most basic level, this ‘Europeanness’ can be seen etymologically in every day vocabulary. The word fristyk, meaning breakfast, comes from German; obed (lunch) comes from Slave; and vecera (supper) has Latin roots.

Such open-mindedness, caused by such outside influences, hints at exemplary hospitality, once a slight mistrust towards foreigners has been swept away. If, a long time ago foreigners were welcomed as friends with tasty bread from salt and milk, today, the welcome begins with an introduction to Slovak culinary specialities, and in particular bryndzové halusky (made of little quenelles of mashed potato, sheep’s cheese and pieces of bacon) of which the population is proud. Regional specialities reflect the Slave, German and Latin influences already mentioned and mean that Slovak cuisine is a wonderful mixture of colour, a fondness for the contrast between sweet and sour flavours and the simple food, such as potato, cabbage and pork, that is the basis of its main dishes. Pancakes and soups are eaten daily and come in a variety of forms to suit all tastes. In particular, zemiakove placky (potato pancakes) and kapustnica (cabbage soup with smoked sausage), accompanied with plums and mushrooms which is served at weddings at midnight to bolster the congregation, are evocative examples.

Slovaks don’t hide their love of wine – and especially red wine – which is produced in the country’s 12 wine-producing regions. These connoisseurs fill the taverns along the Danube in large numbers to drink wine accompanied by fresh fish. The grape harvest is always an occasion for great community celebration and is particularly appreciated in this country which has a traditional rural culture where people celebrate their connection to the earth, the fruits of often difficult work, feelings of solidarity and social justice and, of course, traditional cooking! Hence the tradition, especially famous in the village of Slovensky Grob, of family and friends sitting down together around big tables to share one of the 400 geese roasted daily in the village’s common oven… Bring on the autumn!