Slovakia, like the other newest members of the EU, has had to undergo structural changes in order to meet the accession criteria. But institutions are easier to change than peoples’ minds 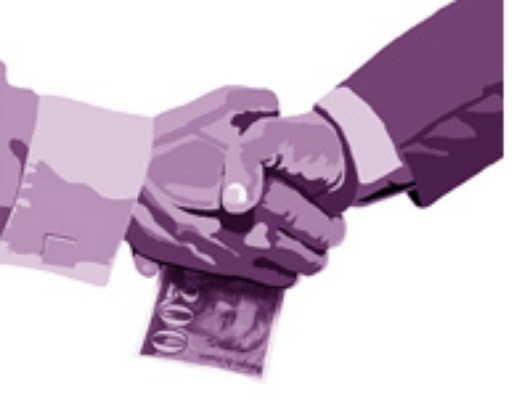 Since ten more nation states joined the European Union in May this year, the focus has been on their integration and how quickly it will be possible for them to catch up to the rest of the more advanced EU nations. The list of political and economic reforms each of the countries has had to make is impressive and they should continue to be encouraged and tutored by the EU as much as possible. Independently, the ten new EU nations are busy reforming laws to encourage growth and free enterprise and, although there have been great steps taken to work towards accomplishing further progress, the amount of work that is yet to be done shouldn’t be underestimated. One of the greatest challenges facing the former communist nations is changing the minds and attitudes of generations of people who had adapted to and even become comfortable living with corruption.

A year ago, the Slovak government, aided by funding from the EU, launched a campaign aimed at increasing public awareness of the damage corruption causes to a society. Corruption has been identified by the EU as one of the biggest problem areas that Slovakia continues to need to address on the path to complete integration. Though Slovaks know it’s a significant problem permeating the entire society, many were of the opinion that the campaign would have no effect and was a waste of money. At the moment, most people are not willing to give up the course of greasing someone else’s palm for personal advantage or, for those in a position of power, to stop taking additional compensation for services provided. If you are about to be fined by the police for speeding, what’s wrong with offering an officer a bribe to look the other way when it is common knowledge that the police accept them? In municipal offices it is also common practice for a clerk to ‘request’ a higher fee to place your documents at the top of the pile or to process your paperwork within a lesser period of time. Who is to blame for corruption when the system is so clearly ready to be abused? Perhaps a better question is, if you are clearly benefiting from such a flawed system why would you propose, or be willing to, change? The answer is that most wouldn’t.

There is an expression, cultivated during communist times, which in the Slovak language goes like this: “Ak nekradnes, okradas svoju rodinu”. It roughly translates to: “If you don’t steal, you are stealing from your family”. The concept is that if you don’t help yourself to something when an opportunity arises, you are as good as hurting yourself or taking away from yourself or your family. Under communism, the collectivisation of farmland produced crops “for the people” that were then sold cheaply in state-run produce shops. In addition to the normal harvest, certain fields were planted with crops and people were free to go take what they wanted for their families. This kind of taking of crops, which shouldn’t be called ‘stealing’ since it was not considered as such, was not necessarily encouraged but those who had jurisdiction over the fields certainly looked the other way. This kind of behaviour is still seen today, but in other areas.

All in all, the simple truth is that it is not convenient for people to change their attitudes, or rather there are no real incentives to change. “That’s how it works here”, is quite often the feeling and until the scale has been tipped in favour of a majority who are interested in ending practices like these, no amount of pressure from the EU will be able to increase the speed of integrating Slovakia faster than it is willing to do so. Slovakia and the other nine new EU entries need to be congratulated on the vast amount of work and changes they have completed in such a short period, but at the same time it is also important to recognise that there is a continuing challenge to change the hearts and minds of people who may not yet be willing to step away from behaviours that have found a comfortable niche in society. Without a doubt the ten new member states are on the correct path to the EU Promised Land, but the journey may take longer than expected.