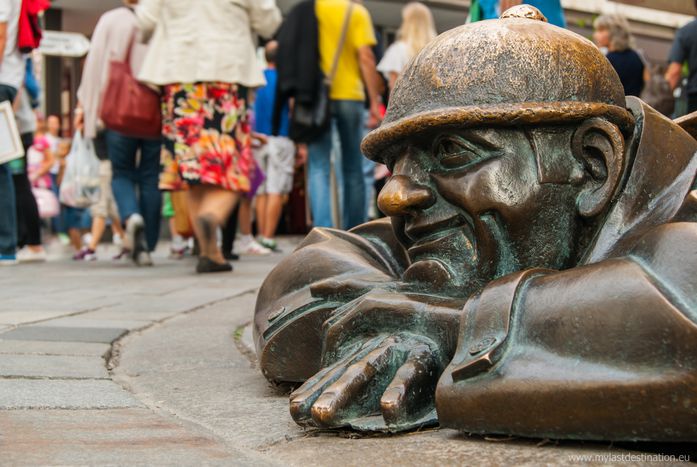 Bratislava is at the crossroads between Russia and the EU. Where voter turnout is scraping by, despite the strong European identity that exists and where protest and disillusionment did not result in the rise of Euroscepticism and populism.

It is not a country that rushes to the polls. Already in the European elections of 2004 and 2009, Slovakia scored highest in abstention among the European Union Member States with only 17% and 20% voter turnout respectively. But the worst was yet to come: the record low was achieved by the vote this May, with a 13% turnout, an embarassment for Bratislava, especially when compared to the European average (43%) or with neighbouring Austria (46%).

This run away from the polls was motivated by the long series of elections — four in twelve months — shared between regional, presidential, European and municipal, leaving voters exhausted and the parties drained, and resulting in them arriving at the EU elections date without any energy. However, there are congenital reasons, unrelated to that particular moment. Ľuboš Blaha, member of the leftist party Smer and chairman of the Committee for European Affairs has clear ideas: "The average Slovak thinks that 13 out of 751 MEPs do not count and it is useless to vote for them. We are lacking a 'European' way of thinking; we like the EU because it gives money, but the sense of cultural belonging is still very distant." Andrej Klapica, an unsuccessful candidate in Strasbourg with the Kdh Christian Democrats, adds: "The problem is ignorance. School students think that the European Parliament is in Brussels and do not even know the names of their thirteen deputies." Journalists are also caught in the line of fire, as they "speak little of Europe: the annual average of an MEP on television is 4 minutes, nothing compared to national politicians."

EUROPE IS FAR AWAY, SO IS POLITICS

However, the centre of Bratislava offers the feeling of a living room in the middle of Europe. The Iron Curtain fell even symbolically and the palaces of communist architecture are slowly giving way to large shopping centers. On the banks of the Danube River, you can deeply breathe in the West, and if there were not for the panels written in Slovak, it would seem as though you were strolling through Vienna or Dresden. English is widespread among young people, who comment on the European vote with more resignation than anger. Patrick Pavloski, a political science student at the University of Bratislava, explains: "We are not accustomed to international elections, people think that the national ones are more important and it is difficult to motivate them.”

"There is disappointment for political corruption and inadequate programmes; these circumstances take away the urge of wanting to go to the polls,” states Andrej Čierny from the School of Art in Bratislava, without hiding the deeper causes. "We view the EU as distant, the news only talk about it just ahead of the elections. I am sure the majority of my peers could not say how many are our representatives in Strasbourg." For them, Europe means to travel, study and work abroad, generous roaming charges and petrol for the national economy. To a relevant question, they would respond without hesitation that they feel more Slovak than European, but they are the flag bearers of a generation that has to take the final step towards full integration. "Europe is synonymous with freedom. Only 25 years ago, some things could not be done: feeling European and especially feeling free to go wherever I want, connected with thousands of other people and involved in a community," Linda Tóthová, psychologist and human resource specialist, is only 31-years-old, but does not forget her country’s past and the restrictions of the Communist regime. For her, as for others, the challenge is to explain to their compatriots, especially the elderly, that their opinion matters. A difficult task, if the common perception depicts MEPs as merely an appearance on the list of officials on the payroll of the Slovak people. 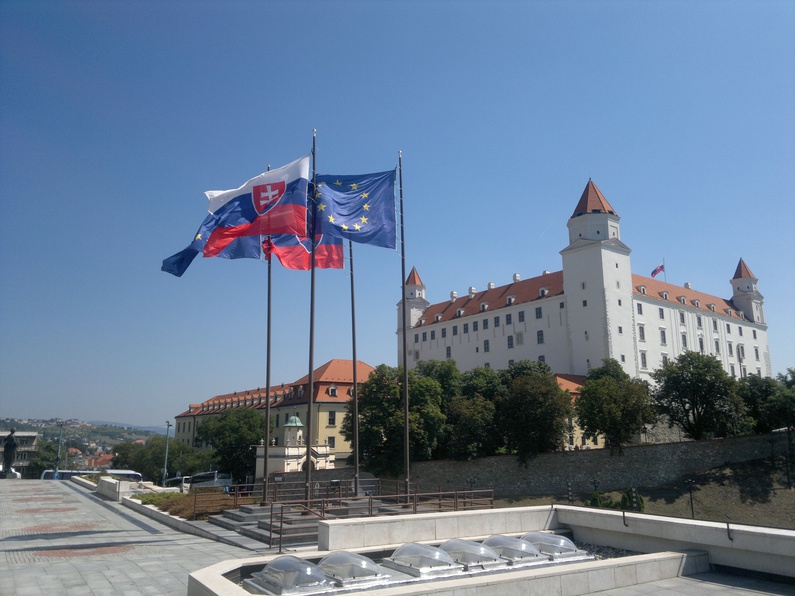 On the contrary, young people and politicians tend to agree on one thing: the Union's foreign policy towards Russia should be softer. Though for many the annexation of Crimea is an injustice, it is also true that Putin behaves exactly like other world leaders who are not convicted in the same way. University students have a common message: the demonisation of Russia that some Europeans promote is not at all liked in these parts. "We are tied to the Russian language, culture and traditions," notes Blaha "and we would be the first to pay for the penalties on Moscow, given the energy dependence on their gas and the close relationship between the two economies. Our position is the opposite, for example, to that of Poland: it is good that among the EU countries there is someone more inclined to engage in dialogue with our imposing neighbour."

While Europe is good enough to be criticised, there is no discussion about membership: the lack of interest in the elections does not equal Eurosceptic reactions. There is no Front National or Ukip capitalising on the dissatisfaction and extremist groups have been left empty-handed. The Slovak National Party (SNS) is disarmed and did not even win a single seat; Our Slovakia (SNS) shared the same fate, a group that had alarmed analysts with the victory of Marian Kotleba, a Nazi sympathiser, in the region of Banská Bystrica. Battle cries against immigration and the Roma minority do not appeal to Slovaks; for them, it seems even less likely or desirable to leave Europe. "No one would dream of challenging the euro, as is occurring in France and Italy," says Pierluigi Solieri, Director of Buongiorno Slovacchia, "because the exchange rate was favourable and prices have not immediately erupted with the transition to the single currency." This view is also shared by Roberto Rizzo, from the Italian Embassy in Bratislava: "The Slovaks have never lived so well, wealth and employment have increased despite the crisis and the EU has brought growth and infrastructure funds." Thus, it is not so much an anti-European sentiment, as much as a passive participation, as if the essential thing were the membership in the club, rather than being involved in decision-making.

"THE EU has been a point of arrival, not of departure" 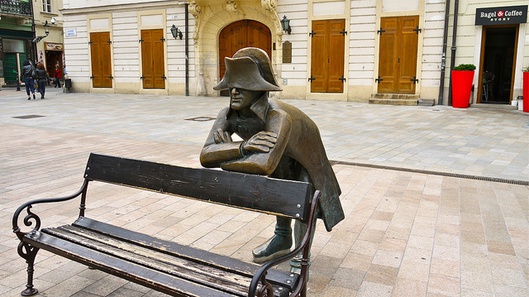 "When we were out of Europe we really wanted to join, now we are relaxed," says Magdalena Vasaryova, a former actress and ambassador, now a member of the Solvak Parliament and the Committee of European Affairs with the moderate centre-right Democratic and Christian Union (Sdkú). "The concepts of responsibility and citizenship are difficult to impose, after so many years of authoritarian regimes. We have had too high expectations, first with the fall of the Berlin Wall and then with accession into the EU: entire generations of Slovaks want to experience well-being, and when it does not seem enough, they are disappointed." Some politicians see Brussels as an available ATM and others are anchored to alleged traditional values​​, giving the citizens a distorted image of Europe. "But do not try to say that we are a bridge between East and West. We are 100% Europeans and the gradual modernisation of the country will further resolve conflicts on hot topics such as LGBT or in vitro fertilization." Vasaryova suggests to start from information in schools and on the Internet. However, the EU must also be more present in the country with more frequent visits of its representatives. Because the younger generation feels more European inside than outside of the voting booths.

This article is part of the special "EUTOPIA: Time to vote" edition project, dedicated to bratislava. The project is sponsored by the European commission, the french ministry of foreign affairs, the hippicrène foundation and the evens foundation.