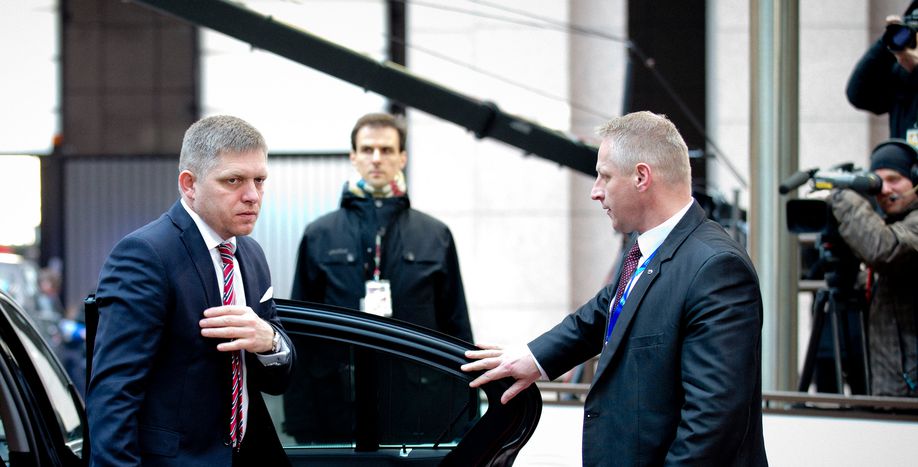 The general election in Slovakia on the 5th of March has caused what has been referred to as a political earthquake. For the first time in the country's history, a far-right party crossed the 5% threshold needed in order to enter the National Council. The party now controls 14 deputies out of 150. A reflection on the results.

In total, eight parties will be represented in Slovak parliament. This means that the formation of a stable coalition government may be an almost impossible task.

A bruised and battered winner

The nominal winner of the election is Smer-Social Democracy ("Smer" means direction in Slovakian) though its vote share dropped from 44% to 28%. Prime Minister Robert Fico formerly led a single-party government. It's natural for voters to punish a governing party, but the extent of Mr Fico’s losses was much bigger than expected. Opinion polls suggested that Smer-SD were headed for more than 30% of the vote.

Though the party has won its fourth consecutive election victory, it emerges bruised and battered. If it wants to form a new government it will have to make numerous concessions to potential coalition partners. This may include Fico no longer being Prime Minister – a hard to imagine prospect.

Fico lost the 2014 presidential election after his gamble on tough anti-migrant rhetoric backfired spectacularly. Exit polls by the FOCUS agency suggested that immigration had not been among the most important influences on voting patterns, following a wave of industrial action from teachers and nurses, shifting attention towards problems with the country's education and healthcare systems. Fico and his ministers became nervous; Smer-SD was no longer setting the agenda.

Now, even after only securing 28% of the vote for the National Council, Smer-SD is still by far the most successful party in Slovakia. Its nearest rivals are Freedom and Solidarity (SaS) and the people’s movement Ordinary People and Independent Personalities (OĽaNO), who won around 12% and 11% respectively. For both groups this was a much better result than expected; some pre-election opinion polls even put SaS below the 5% entry threshold.

Analysts and commentators assume that both groups benefited from their anti-Fico stances. This may have also contributed to disappointing performances by those parties who did not directly rule out a coalition with Smer-SD: the centre-right party Sieť (Network), the inter-ethnic Hungarian-Slovakian Most-Híd, and above all the Christian Democratic Movement (KDH).

Founded in 1990 shortly after the fall of the Communist regime, KDH was unique in a Slovak political landscape, full of oddly named parties with ambiguous political programmes, because it really was a conservative Christian democratic party. However, it has failed to reach voters beyond its traditional base and its eventual 4.94% means that, for the first time since 1990, it will not be represented in parliament.

The rise of the extreme right

However, the biggest shock of the night was that People’s Party–Our Slovakia (ĽSNS) – a party with strong anti-EU, anti-NATO, anti-migration and anti-Roma views – gained 8.04% of the vote.

Its members include people who have expressed admiration for Adolf Hitler – calling him a peacemaker and great economist – performed in a band called Judenmord (meaning Holocaust), or burned the EU flag in public.

Their leader is Marian Kotleba, governor of the Banská Bystrica region in central Slovakia. His previous party was banned in 2006 because the Supreme Court ruled that its advocating for the restriction of the right to vote of certain individuals breached the Constitution.

None of the pre-election opinion polls suggested that L’SNS was even close to the 5% threshold. However, Slovak law does not allow such polls to be published in the last two weeks before the election and rumours of growing support started spreading. ĽSNS is now the fifth strongest party in parliament.

This rise should lead to a lot of soul searching among so-called traditional politicians. The exit poll by FOCUS also dispelled the myth that ĽSNS voters are uneducated, suggesting that more than a half of its voters have secondary education, and another 20% have a university degree. Among first time voters they received almost 23% of the vote, and among secondary school students they were only beaten by another anti-immigrant party Sme rodina (We Are Family). This suggests that such politics may see increased support in the future if the issue is not addressed.

Unlike in the past when coalition governments were formed relatively easily (in 2012 it wasn’t even necessary), this time there’s a parliamentary stalemate. As the winner of the election, Smer-SD will attempt to form a coalition. Though its options are limited. Several parties have ruled out participation in such a government, and nobody will invite ĽSNS to the table. Smer-SD has few options: SNS, Most-Híd and Sieť .

One insurmountable obstacle is that Most-Híd would not go into the coalition with SNS due to their mutual distrust, even if the latter's anti-Hungarian rhetoric has recently softened. A coalition of "centre-right" parties that doesn't include SNS is however mathematically impossible. If Most-Híd were thus left out of talks, the coalition would have 76 out of 150 seats: an incredibly fragile prospect, particularly because OĽaNO and Sme rodina have highly unpredictable voting records, and it is not even certain that the latter would accept such a deal.

As Slovakia is set to hold the EU presidency in the second half of 2016, party leaders will be under pressure to form a government before then. If all these hurdles are not overcome, the only realistic option would be to form a temporary government that would lead Slovakia through the EU presidency and then call new elections in early 2017. However, Slovak politicians have surprised us many times in the past, so our expectations may be completely different to the eventual outcome.