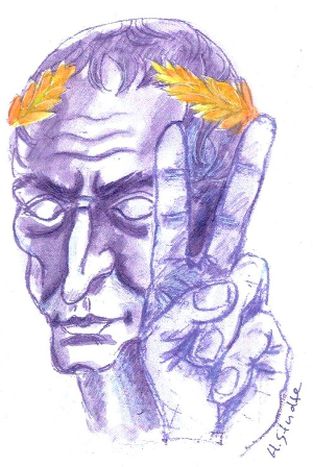 Prejudice against left-handed people has been a recurrent theme in History. It probably stems from the ancient Romans, whose fervent preference for the right is now embedded in many European languages. The Latin word for left, sinistrum, also meant ‘threatening’. This second connotation has stuck despite the fall of the empire; in Italian it’s sinistro, in French sinistre, Spanish siniestro, and English ‘sinister’. On the other hand, Dexter, the Latin term for ‘right’ was also associated with skillfulness. Over the past millennia this has evolved into ‘dexterity’ in English, destreza in Spanish and Portugese and dextérité in French. But those who feel discriminated against as a result of this linguistic quirk can take heart: one of the greatest Roman emperors, Julius Ceasar, was himself left-handed!