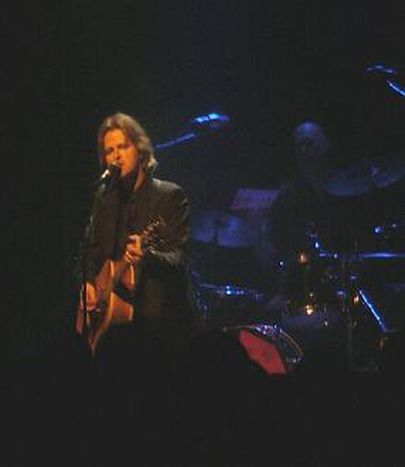 By Rose Kelleher Last Wednesday night at the Ancienne Belgique was Tom McRae's first gig on his latest European tour, which is probably why he got so excited. For a self-confessed miserablist, Englishman Tom McRae is a very funny guy. His intelligent banter makes him sound like a stand-up comedian, but his lyrics make him sound like an emotionally fragile wreck.

A live gig leaves you torn between crying about the sheer pointlessness of life and laughter at, well, the sheer pointlessness of life. His songs are heavy narratives, full of sad stuff like the long hard road of life, and relationships that go pear-shaped. However, McRae makes these burdens easier to carry by interspersing his live shows with witticisms. “Have you got a government yet? He asked the Ancienne Belgique to loud guffaws. “I would like to delegate myself as your premier. And these lads, your new cabinet. But don't let this guy anywhere near defense.”

A very energetic sound accompanied Tom's dry humour and poetic, suggestive lyrics. His latest album, Alphabet of Hurricanes, is definitely more rock and roll than the previous offerings. But before you start yelling “Judas”, rest assured that the sentiment remains the same. According to McRae, he got a bit tired of being called “folksy”, and wanted to show that he can make some noise. And make some noise he did. He started the night with a haunting acappella Mermaid Blues from the album Just like blood that sent chills up Brussels highly receptive spine. Me and Stetson from the new album further launched the audience into an electrifying evening that only enhanced Tom McRae's status among Belgian fans as an absolute genius.

It can't be easy being yet-another English singer songwriter, trying to write convincing tunes that are radio friendly enough to launch you into commercial success. But Tom McRae does it well. 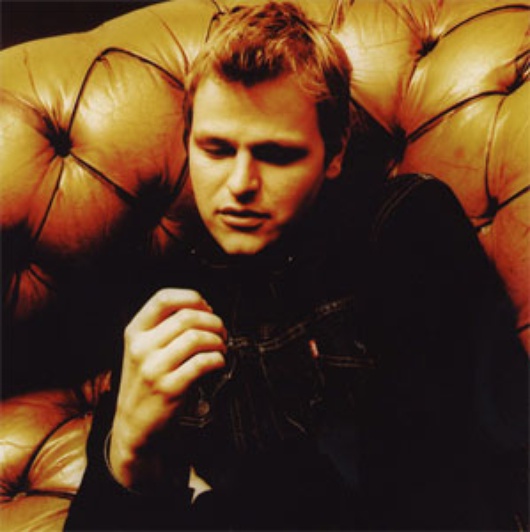 His songwriting talent is often compared to Tom Waits or Elliot Smith. He took his time making Alphabet of Hurricanes and released it in two parts in late 2009 and early this year. Word on the street is that he suffered from exhaustion after a grueling promotional tour, but it looks like he's back in form and ready for the next three weeks that will see him charm the pants off audiences in the UK, Belgium, France and Norway. What do those countries have in common? I hear you ask. They all love Tom McRae, that's what. He often jokes about his lack of commercial success at home and his huge popularity in Belgium, particularly. “Record companies can do their best to promote you, then just one country picks it up and goes nuts with it. It happened in France and it happened in Belgium and now it’s happening in Norway.” says Tom.

He was supported by Swedish rockers Sivert Hoyem, a pleasant if samey band that got some people's attention, before they passed the pulpit to American campfire crooner Brian Wright. Wright deserves credit for his atmospheric country tunes that set the stage for McRae's his big, clear voice. Wright stayed with McRae, an old friend, for the entire set, playing guitar and every now and again, harmonica. It was kind of heartwarming when Tom's old classic ukulele ballad Still love you suddenly morphed into Rhianna's Umbrella (rechristened Tombrella), which the audience got a right kick out of. McRae split the AB crowd in two to sing separate parts for the track End of the world news (Dose me up) from the album Tom McRae, released in 2000. It must be nice to play to such a packed audience. It must also be nice to hear that they've loyally memorised your lyrics and can sing them back to you, ten years later. He might get stick for being a bit of a misery guts, but still. It must be nice to be Tom McRae.