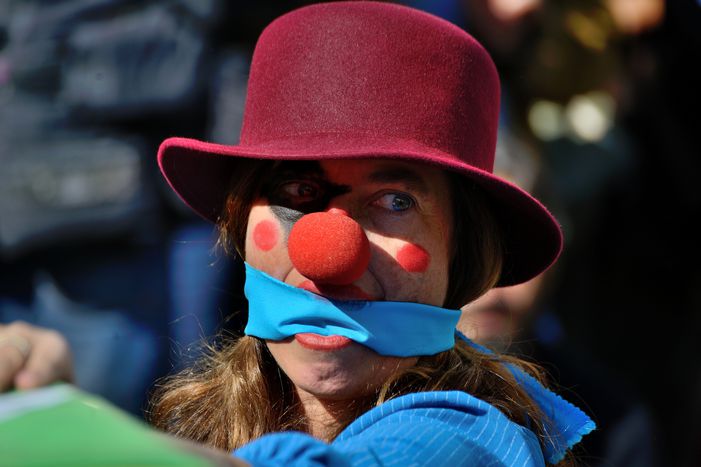 As conservative political parties maintain their grip on politics in many European nations, Spain has once again proven itself as one of Europe's bastions of conservation. Behold the gag law, approved by Congress, opposed by 82% of Spanish citizens. Welcome to a new Spanish order.

Jesús Posada, the 70-year-old President of Congress of Deputies of Spain, sat staring in disbelief, a dumbfounded expression reflecting off of his soft, round jowls. Chaos had broken out in Congress, but not in the form of the fistfights or filibusters that frequent other countries’ political proceedings. Instead, a chorus had erupted from the building’s balconies, bellowing out the powerful lyrics of the song “Do You Hear the People Sing” from the world renowned musical Les Misérables.

Just seconds earlier, seven deputies from the congressional group the Plural Left had stood in silent opposition, their mouths bound with white handkerchiefs. “I ask that you take off the gags,” Posada requested several times with evident exasperation, before the deputies eventually acquiesced.

Were the afternoon’s events a piece of performance art? No, they were a protest against an unpopular law that passed through Congress despite widespread opposition. On Thursday December 11th, 2014, Spain’s lower house of congress approved the Citizens’ Security Law, known across the country as the 'Ley Mordaza', or the gag law.

Makings of a police state

The law imposes a series of measures aimed at curbing dissent and popular protest. Photographing or recording police, or even sharing such photos on social media, will be subject to a fine of between 600-30,000 euros, making it almost impossible for citizens to hold police accountable for abuse of power.  Peaceful disobedience of authority, holding an unauthorised protest, impeding or stopping an eviction, meeting or gathering in front of congress, or visiting an occupied space can all result in a fine of between 100-30,000 euros. 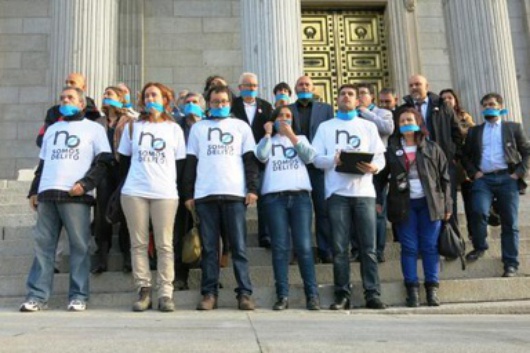 The Spanish Senate will now review the law before sending it back to congress for final approval. But because the conservative Popular Party (PP) – the law’s masterminds – enjoys an overwhelming majority in both the Congress and the Senate, it is improbable that the law will fail to pass final review.

Meanwhile, the Ley Mordaza is opposed by virtually every opposition party and a huge majority of the Spanish public. Critics now claim that both freedom of expression and freedom of assembly are under attack. The law’s most vehement opponents assert that it legalises human rights violations, and opposition members have highlighted its similarity to the Tribunal of Public Order, the infamous “TOP” of former dictator Francisco Franco.

Clamping down on critical citizens

The government’s reasons for passing the law are clear. Over the past five years Spain has been mired in economic crisis, and popular protest and civil disobedience have become the modus operandi for many unhappy citizens as a result of perceived government inaction. When suicides became common among those evicted from their homes after defaulting on mortgages, concerned citizens began helping their neighbours to resist eviction or occupy empty buildings that could be used for shelter. Instead of addressing the citizens’ grievances, however, the government intends to implement a law that will impose maximum sentences for this type of solidarity.

If the original law weren’t ruthless enough, now it targets the vulnerable even further by including tough anti-immigration measures. Under an amendment recently added to the legislation, Spanish authorities will be able to instantly deport migrants who illegally enter Spain by crossing the border from Morocco into Ceuta and Melilla. In response, Amnesty International spokesperson Maria Serrano publicly stated that the law deprives migrants of their right to asylum and eliminates guarantees that they will be able to access counsel. 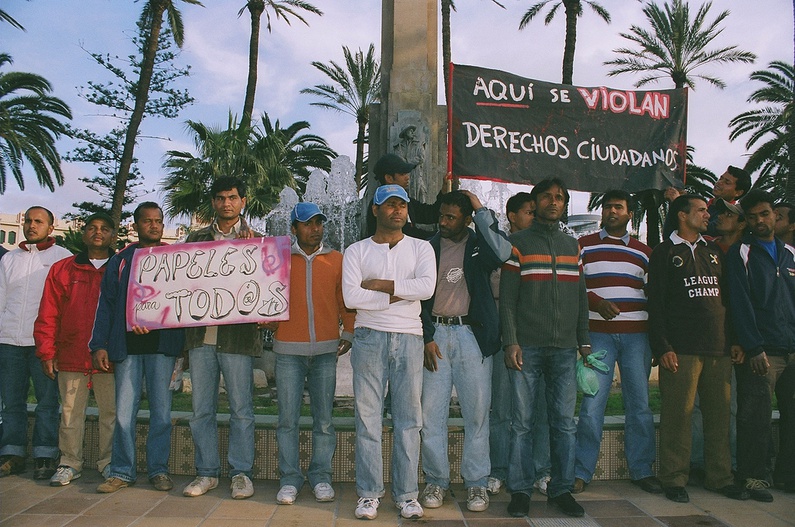 Although the PP leadership claims that the law is necessary due to the elevated number of “violent disturbances” that have take place over the past three years, recent statements by the Minister of Interior Jorge Fernández Díaz confirm that the PP is exaggerating the number of violent incidents to justify the law’s approval. According to the Minister, violence occurred during just 72 out of the 90,000 peaceful protests held over the last three years.

Many are now convinced that the PP considers critical citizens enemies of the state and the economically vulnerable a nuisance to be suppressed. As a result, the party’s popularity has dropped and polls demonstrate that it would lose if an election were held today. Instead, the recently formed, left leaning party Podemos, which developed out of the Indignados protest movement, would be the winner of the day. Podemos’s leader, the young, ponytailed political scientist Pablo Iglesias, has already spearheaded an initiative against the Ley Mordaza within the European Parliament.

With a whopping 82% of the population opposed to the new law and fresh elections exactly one year away, many believe that it is just a matter of time before the Ley Mordaza is repealed. But there are still 12 long months to go, during which dissent and criticism will be met with harsh punishments and economic sanctions that most activists cannot afford. It remains to be seen whether angry citizens will invent new ways to express discontent while circumventing this draconian law or if widespread civil disobedience will render it impossible to enforce.