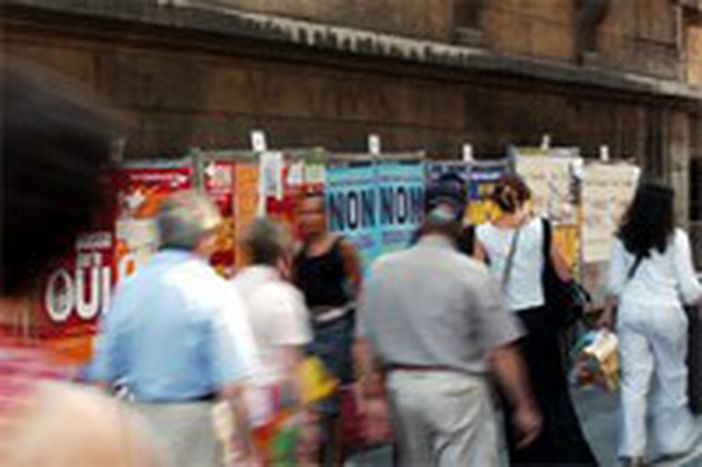 Shock in the East

The French No to the European constitution came as a blow to many Central and Eastern Europeans, who fear marginalisation in the wake of this historic decision.

It was almost unimaginable for most new member states to see France rejecting the constitutional treaty. After all, we are talking about one of the six original EU member states, a country that drove European integration for so many years and which was the principle author of the very constitution to which it said No. So what was behind this decision and what does it mean for Central and Eastern Europe?

Why were we rejected?

It seems that since the enlargement of the EU last year, the French will do almost anything to harm their unpopular government. For months there has been talk about the “fatigue” of European countries, particularly in the West, with the integration process. Thus, May 29 was not just about the constitution but how the French view their government, the direction in which Europe is heading and, most importantly, the French electorate punishing its government for enlarging the EU without being informed or consulted. Apparently, the phantom flood of Polish plumbers described by the No camp in France has stemmed the progress of the constitution. And yet even the UK, which has fully liberalised its labour market to include the new member states, has not experienced the hoards of Central and Eastern Europeans so dreaded by those who voted No.

Nevertheless, the No vote has increased the whisperings about the need for a smaller, closer-knit European “hard core”. Consisting perhaps of the original six member states or the euro and Schengen zones, this “hard core” would operate within, but independently of, the EU. If this kind of enhanced cooperation between established member states becomes reality, Central and Eastern Europe, who are both new to the EU and not yet part of either zone, will be left aside, outside the mainstream of European politics. We will yet again be marginalised, and marginalisation is something we fear the most. Luckily, it is unlikely that this hard core, centred around France and Germany, will materialise. After his crushing defeat, Chirac, who once told Central Europeans that they should “stay quiet”, now finds himself mute. And France’s most important ally, Germany, has already ratified the constitutional treaty. The European heavyweights stand on opposite sides of the Fence today.

Another concern for the Central and Eastern republics following the French Non is their fragile economies. Because they remain emerging markets (and will stay this way for several years to come), they are more vulnerable to political instability and its economic effects. Fears abound that the current crisis may scare investors and shake the currency markets. But again, this probably will not happen as the markets anticipated the French result and have hardly reacted to the May 29 vote.

The need for better leadership

The real problem, that not only the new member states but the entire Union faces, is a lack of leadership. In France, President Chirac does not have the confidence of his people and Prime Minister Raffarin has resigned. In Germany, Chancellor Schröder is bound to lose the upcoming elections and yet opposition leader Merkel has been voted the most boring politician in Germany. British Prime Minister Tony Blair is unpopular, Spanish leader Zapatero is still considered an outsider and Berlusconi’s Italy was recently described by The Economist as the “real” sick man of Europe. New Europe does not fare any better: Polish President Kwasniewski is coming to the end of his 10 year rule and Czech President Vaclav Klaus is Eurosceptic by definition…

Where can Europe look for its leaders? Where are the Monets, the Schumans, the De Gaulles and the Churchills? It seems that all the current European leaders, including the Council’s President Juncker, Commission President Barroso and Parliament President Borrell, lack courage to face reality: the most powerful European nation has strongly refused their treaty. This is what needs to be remedied.