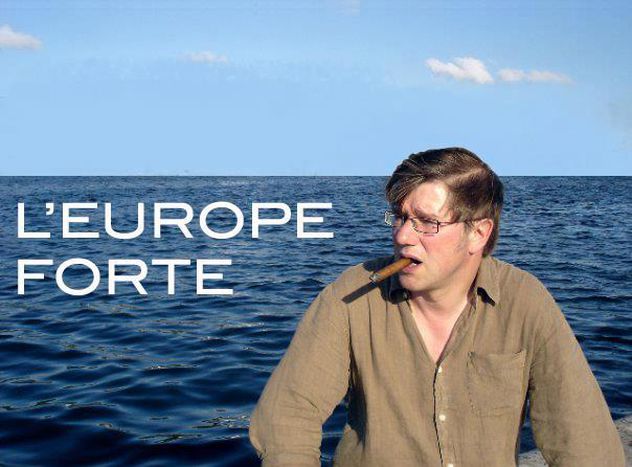 On his blog in 2007, Jean Quatremer, a Brussels-based correspondent for the French daily newspaper 'Libération', was the first journalist to bring up the troublesome relationship Dominique Strauss-Kahn had towards women. His recent book about the 'DSK affair' and the consequences it had on journalism took some doing. Interview

In July 2007, Jean Quatremer, a Brussels-based correspondent for Libération, published an article on his blog, Les Coulisses de Bruxelles ('behind the scenes in Brussels'), about the licentious tendencies of a certain Dominique Strauss-Kahn. At the time, 'DSK' was not yet the director of the international monetary fund (IMF) and only vaguely knew Piroska Nagy, the person in charge of the African department of the IMF. Nonetheless, Quatremer wrote: 'The only real problem Strauss-Kahn has is his relationship towards women. He is persistent and his behaviour is often close to harassment. The media know about this weakness of his, and yet nobody writes about it.' Libération never wanted to publish this blog article in the paper edition of the newspaper.

Six months later, the IMF was conveying an internal investigation against its own director. DSK had unconsented relations with Piroska Nagy. Then came the well-publicised 'Sofitel affair' of 14 May 2011, when the budding French presidential candidate allegedly sexually assaulted a hotel maid in New York. Jean Quatremer's ensuing book, 'Sex, Lies and the Media' ('Sexe, mensonge et les médias', March 2o12) revives the episode at length, and talks about the attitude of the journalists facing this triptych. Interview.

cafebabel.com: Jean, is the complicity between journalists and politicians a French characteristic or are there similar examples in European institutions?

Jean Quatremer: There was a period when journalists had a strong complicity with the European institutions. This period ended with the fall of the Santer commission (relating to the period from 1995 to 1999 when Jacques Santer chaired the European commission). When a journalist marries a politician, he or she brings an address book to the marriage, and that’s one of the problems of such relationships. That’s what happened in the case of Anne Sinclair and DSK. She brought in her journalist friends who defended the couple when the Sofitel affair burst out. You can see the trap of these relationships: the journalist falls into complicity, and so do the people surrounding him or her.

cafebabel.com: Were there similar cases happening in Brussels?

Jean Quatremer: I’ve been a journalist for 25 years and it’s the first time that I’ve come across a politician with such a relationship towards women. I wasn’t snooping around his bedroom; I just collected statements from the witnesses confirming that this person has a problem. And from there on, it's been like that: when I hear about a European politician harassing one of his subordinates and when I collect the evidence about it, I will let the whole affair go public.

cafebabel.com: You’re saying that Anne Sinclair is defending a 'pompidolian' vision (related to the former French president Georges Pompidou - ed) of society related to article 9 of the constitution about protecting people’s privacy from the media. Do you have to be a rightist to defend this old view of the society?

Jean Quatremer: No! In fact, the leftist newspapers stopped supporting me ever since I published that book, and even my own newspaper no longer has my back - which is luckily about to change, thanks to Nicolas Demorand. But I find it absolutely juicy that the people from the left should defend a perspective of the society dating back to Pompidou, particularly because article 9 of the civil code used to be a detrimental law for the liberty of the press.

cafebabel.com: In 2007, you published an article about DSK on your blog, but you weren’t able to publish it in the paper version of Libération. Did the frequency of sex-related topics on the internet enable journalists to speak more freely?

Jean Quatremer: The internet is going to change the press significantly, and that is why I wrote the book. If the press doesn’t adapt quickly, we will disappear. Information no longer only travels vertically but also horizontally. If journalists don’t adapt to this new reality, people will start feeding on gossip. If journalists believe they’ll be able to survive by denying the real world, they’re hiding themselves from the truth. News about DSK’s arrest first appeared on twitter, later they were resumed by the Atlantico website, next by the newspaper websites, so we had to start investigating into the whole DSK affair. Those who hold the power have the privilege of applying the omerta, the 'law of silence', but if they fall, they also live the horror of this so-called 'media transparency' that the whole world is subjected to.

Read the original article in French on the cafebabel Brussels blog