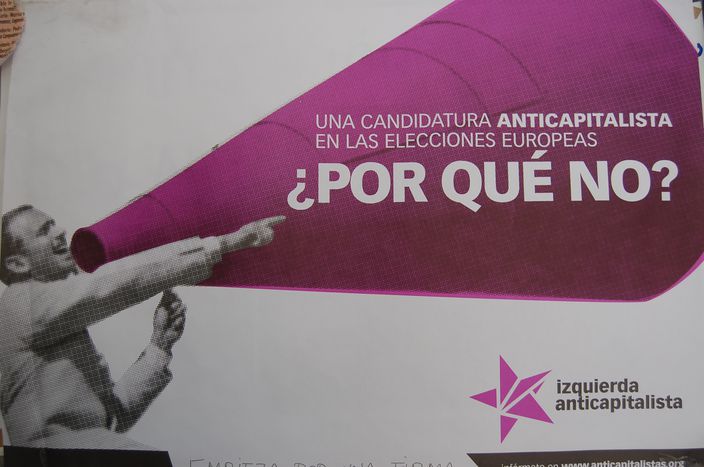 Seville: Cuba, communists and anticapitalists for the elections!

Spotlight on the epicentre of southern Spain, whose ruling socialist-communist government leans more towards Cuba than Europe. In the land of the mileuristas - so-called '1000 euros a month-ers' - the rude gap is being bridged with an increasingly politically alternative feeling before the European elections in June 2009

On 16 May, the Cuba solidarity movement in Seville commemorates the 50th anniversary of the Cuban revolution. Whilst a similar campaign - sending Cuban postcards to foreign secretary David Miliband - was introduced in the UK on 7 May, the initiative is unique to the province of Seville. It has a ruling socialist-communist government; some towns are run by communist mayors. The united left (Izquierda Unida, IU), founded by the communist party of Spain, have the same name as the European far left group, which has had seats in the EU parliament since 1995. Spain's IU is the third political force after the people's party (PP) and the socialists (PSOE), with 130 MPs in Seville and 78 in Malaga. ‘It was almost folkloric how the communists came in 2007,’ says Miguel Lopez Adan, 31, from the Seville Foundation.

The communist majority means that the sports, culture and education departments are in the hands of the IU in Seville. Every December for example, La Colmenita Cuban children’s theatre group perform in Seville. On 1 April, the ‘Yes I can’ (‘Yo Si Puedo’) pilot programme, organised by the Seville Foundation and the youth communist party of Andalucia, introduced Cuban teaching methods for the province's 35, 000 illiterate. ‘It came before Obama,’ laughs Lopez Adan, a former engineering student at Seville university. ‘The co-operation is to share what we have, as the Cubans say.’

‘People are very pissed off that they have public money. There are always scandals,’ says José Luis García, 27, president of Nueva Generaciones, the youth wing of the PP. 'It embarrasses the right that a third world country can help a first world country out,' retorts Aurora Vargas from the self-financed Bartolome de las Casas. The 'non-ideological' association was named after the 16th century priest as a Franco-era cover-up in the seventies. The first of its kind in Spain, it promotes ‘friendship’ with Cuba, sending materials like an incinerator for a cemetery in Havana. 'We thought the literacy programme was Chavez propaganda, but in two and a half months it brought literacy to Venezuela. The 'Yes I Can' pilot is taught via video classes, and money goes to edit programmes.'

The former psychology student says that the Cuban cause 'unites' a Seville with too many parties and differing visions of politics. 'People don’t criticise us like before. The anti-communist campaign 3 years ago was an ideological attack against Cuba, but all our projects are legal. We were quite stressed in the association – but it’s the town hall that’s in charge, not us.’ ‘Your average Joe doesn’t know how it works,' defends Miguel Lopez Adan. 'They say the public money is everywhere, but accusing us of funding Sandinistas is a crime too. The PP have the information – the difference is what they say and what they do.’ 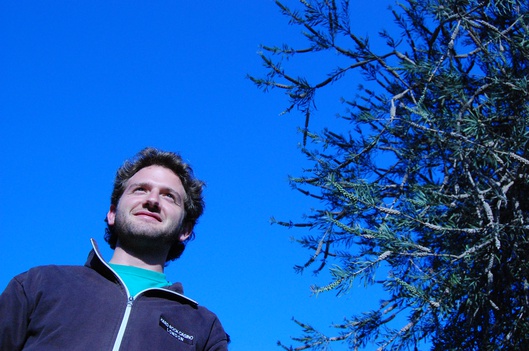 Another initiative is the sending of young brigadistas – 'observers' – to Cuba. Biology student Alonso Pedrote, a member of the communist youth of Andalusia, passed his interview at the town hall in 2006. We meet at Seville university, a ‘leftist fortress’ whose (law) alumni include former socialist prime minister Felipe Gonzalez. University parties – contact Juan, Alberto or Victor on Orange, Vodaphone or Mobistar read the posters plastered across the gates on Avenue Reina Mercedes.

On the grass nearby, Alonso's friends strum on guitars with their national identity cards. After three weeks helping to build a school in Cuba, Alonso says the country is more democratic. ‘Initiative is low because you have job security. Here, we have a king that no-one voted for. Healthcare and education is free, unlike here, where not everyone can pay it. Communism is based on class solidarity. We lose the victories people gained thirty years ago when Franco died because of Zapatero - socially he's left-wing, but his economics and education policy is like Aznar’s.’ The issue of the Bologna process, creating a common market for universities in Europe, unanimously unites the far-leftists in Seville. The PP's José Luis García sees it as the 'the best opportunity to travel and learn languages. Teachers need public money.' 'But it works out more expensive,' says Alonso. 'It leads to a privatisation of universities.'

'We only know precarity, Juan Carlos and the banking crisis – not Franco'

'Politics gives you what you want to hear,' Alonso continues. 'You have to take an interest. No-one will come and tell you hey this man is fucking you. The motivation is there, but we do nothing. People don’t talk to their children because the past was so painful. Thirty years ago the communist party signed the constitution, but thirty years later we only know precarity, Juan Carlos and the banking crisis – not Franco. I see the reality of the high number of youth unemployment in Spain.' At 35.4%, it's the highest rate in Europe, alarmingly above the European average of 15.9%. In Greece it's 22.3% (Eurostat 2008), and named as one of the main reasons for the 'credit-crunch riots' of December 2008. Economists estimate it is more like the Spanish figure, at 30%, according to The Independent. Would it still echo the same repercussions in Spain, especially after the 1 May workers riots? 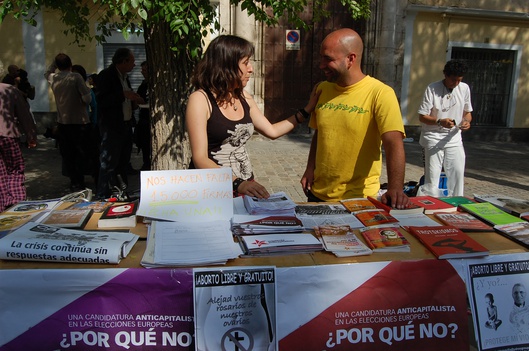 At 23, Alonso is the same age as Spain's membership in the EU. He shrugs off the June elections, which pick a new European parliament for the next five years. 'Spanish people don’t feel involved. Europe is too far away.’ 'It's harder for us to get motivated,' agrees Cristina HonoratoChulián, a 31-year-old from Cadiz. She works in bars whilst studying to be a secondary school history teacher, and admits her activism holds her back.

At her stall in the sun-flooded Plaza de Pumarejo, she is campaigning for the anticapitalist left (IA) party to run for the European elections. With a nucleus of 15 in Seville, the IA focuses on the Bologna process and immigration. At 10, 000 signatures, they need 5, 000 more by 25 April*. 'After 2008 - with the row against the 65-hour-week and the directive of shame (as the return on illegal immigrants directive is branded in Latin America - ed) - people will see the elections are important because it can affect them. We need to create a more strengthened left,' she says – her words coming a couple of weeks before the communist and anti-capitalist List in Italy unite for the EU elections. 'It's fundamental we construct an alternative, a Europe of the people.' She calls Olivier Besancenot, who is part of the new anticapitalist party founded in February in France, at the same time the French communist party allied itself with a new party of the left, 'an honest man.' 'We don't have pretensions,' she says. 'We need social networks. The most important thing is to get involved in the debate.' Seville's 'Cuban friends' are more sceptical. 'The European elections have an importance, but not much,' remarks Aurora Vargas. ' You vote once every five years  - and people continue to do as they want.’ ‘At least we can change Latin American relations,’ says Miguel Lopez Adan, evoking the EU's recent thawing of relations with Cuba after six years.

*At the time of publication, the IA announced they will run for the elections with almost 20, 000 signatures

Many thanks to Julio Rodríguez Lavado and the cafebabel.com team in Seville. Check out their bloghere