Sergei Miroshnichenko: Born in the USSR 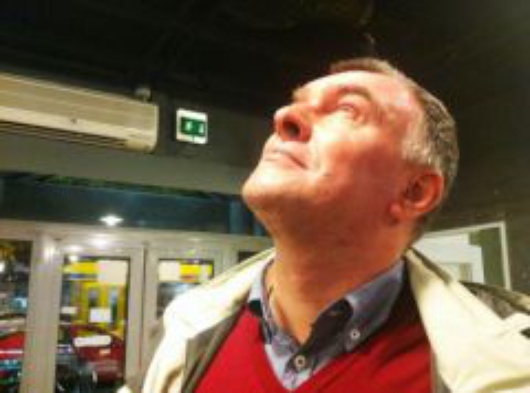 Writers in America after World War I were called as the lost generation, relating to their endless, general disillusionment, since the war ended the happy times of peace – and their illusions, too. The Russian director, Sergei Miroshnichenko made an original film series about the „last Soviet generation” born in 1983 and does not leave any doubt that every large historic event raises a new lost generation, no matter which country is spoken about. However, the Russian director thinks about those of his own not as the ones who are lost, but he sees in them the hope for change. We met Sergei Miroshnichenko on the IXth Verzió International Human Rights Documentary Film Festival held at the beginning of November in Budapest.

Along the lines of the British Up film series, your film series, Born in the USSR is also shot in every 7 year following the life of children since 1990, when they were 7. Why did you choose this form of story-telling?

There is a Jesuit saying: give me a 7-year-old child and I will say what kind of man he will be. The personality of a man is already formed in this age, and it changes in every 7 year. For example, the age between 21 and 28 is very determinant in our lives, some philosophies say that this is the age of embodiment. It is important that these participants do not become actors, because they forget about the film during the 7 years. In each 7 year the shot lasts 4 days so they do not get used to the camera. In the film all of them get only 11 minutes in which we have to condense 7 years.

How did you select the participants?

The only common thing in their life is that all of them were born in a country that does not exist anymore: in the Soviet Union. And all of them were born in 1983. At the casting, 18 children were selected out of 2000 7-year-olds, and the main criterion was that they must be able to speak in front of the camera. They are already 28 years old and their lives have changed in very different ways, many of them live in faraway countries. In fact, this film series has become a kind of sociological research, and is not exactly about happiness. Out of the 18 people only 4 has a strong, cohesive family. Some of them are raising their children alone, some of them are divorced. One-third of the participants face with psychical crisis, alcohol- or drug problems. But still we are lucky that all of them are alive: according to the statistics one fourth should not be.

In the film introducing the 28-year-old Andrei, who got to foster parents in the USA, he tells us into the camera that from now on he does not want to participate in the shooting. How do such reactions affect you?

Andrei is in a very difficult situation, and I have to accept his decision. But you should know that the whole film is built upon spirally. Every spiral turn is a new theme. To be unified it is necessary that every participant should show up in every part; they should not disappear, but reflect the same themes. So it is difficult to continue if somebody does not want to be part of it anymore.

The Central-East European sociology devotes a separate chapter to the generation born in the 1980s.  It is the first generation in the area, whose value system is defined mainly by the democratic and market economic frames, still, they often suffer of a value crisis. What do you think your participants are also members of a lost generation?

I don’t think this is a lost generation. I would say if these young people defeat the problems of their generation, they will be much stronger than my generation. This is like steel annealed during metalwork.

What is the difference between the last Soviet generation and the European similar aged generation born in the former Soviet bloc countries? One has grown up in a falling apart community and after that, in different countries while the other can enjoy the advantages of an integration.

When I was shooting in Latvia I got to know that every year 60 thousand young people leave the country, which has a population of 2.5 million. The situation is the same in Russia: everybody leaves hoping to find a better life. I don’t want to hurt the EU, but here happens the same as earlier in the Soviet Union. The Latvian participant said if he was shooting a similar film, he would shoot it about the young European generation to see what the EU would be in 21 years. But in fact the differences among the youth are decreasing. If somebody speaks a good English, he has no trouble in the world. In the university where I teach, the students all take part in international projects.

How will the series and the participants' life continue?

The series will continue until the participants’ age of 70. But of course it will be not me who will do the shooting at that time. Fortunately, I managed to teach a student team who will probably be accepted by the participants and the series can go on. Though you cannot see from the film but as the participants are growing up it is getting more and more difficult to make them speak. For example, for the 14-year-old film I took them presents, and at the time of the 21-year my own daughter, who is in the same age, helped me: she went out with them and it helped me to have their confidence. Since internet exists it has been not only me who has been watching their lives, but they have also been watching me, they prepare „from me” before the shootings. As their lives are concerned, they will soon be part of a generation change; the political leadership will be given by their age group. This will be a new, and in my opinion, a better, more rational situation than the present one.

By Linda Krajcsó, Translated from Hungarian by: Hedvig Samai