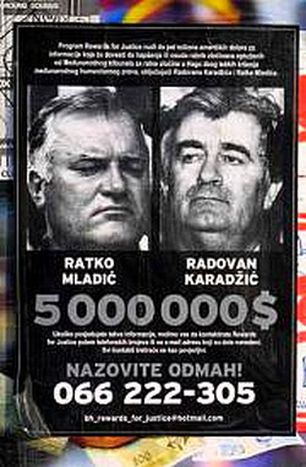 Where will the ballot results place Serbia in its snap election on 11 May, and what consequences will it have for the hunt for the Bosnian Serb fugitives?

Wartime political leader Radovan Karadzic and military commander Ratko Mladic have been wanted by the International Criminal Tribunal for the former Yugoslavia (ICTY), based in the Hague, since 2001. Karadzic disappeared in 1996 and Mladic in 2001, following the arrest of then-Yugoslav president Slobodan Milosevic. While Karadzic’ whereabouts are unknown, Mladic is believed to be hiding in Serbia. Some speculate that prime minister Vojislav Kostunica and the nationalists have conspired with parts of the security apparatus to hide him.

Indicted for war crimes and genocide in Bosnia during the break-up of the former Yugoslavia, the duo are held responsible for the massacre of up to 8, 000 Muslim men and boys in Srebrenica in July 1995. However, in the opinion of many Serbs, they are considered war heroes.

Ultranationalists, in particular, strongly oppose co-operation with the Hague. While running for president for the fourth time in January, Tomislav Nikolic, the acting chairman of the Serbian Radical party (SRS), said that if elected, ‘war crimes fugitives wanted by the Hague will no longer fear arrest.’ Nikolic won approximately 47.7% of the vote in the run off, losing out to Boris Tadic of the Democratic party. The SRS is the third largest party in the Serbian parliament and, with the growing nationalist sentiments following Kosovo's unilateral declaration of independence on 17 February 2008, it can win even greater support in the May poll. 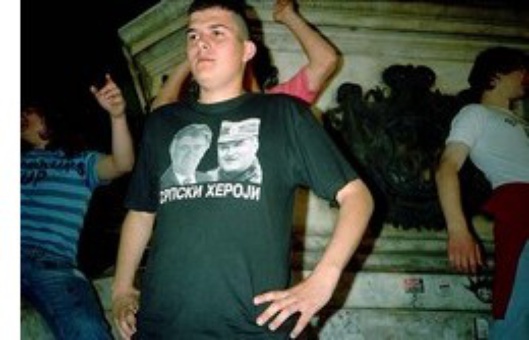 Many Serbs regard the Hague tribunal as anti-Serb. This feeling has even deepened after the latter exonerated former Kosovo rebel leader Ramush Haradinaj of the murder, torture and rape of Serbs during the 1998-99 Kosovo war, on 3 April. A commentary in the Serbian tabloid Press suggested that Serbia had no obligations to the Hague after Haradinaj's acquittal, adding that ‘Serbs have received another crystal clear message that there is no justice for them.’ Similarly, Nikolic said that ‘no one will be chasing after Ratko Mladic or Radovan Karadzic round here any more.’

The capture of Mladic and Karadzic and their extradition to the Hague has been set as a key condition by the EU for the beginning of membership talks. However, Serbia's enthusiasm for entering the EU has faded after many European countries recognised Kosovo's independence. The nationalists are playing upon the Serbs' grievance over Kosovo, saying that continuing in the EU bid means to all intents and purposes giving up Kosovo. Serbian prime minister Vojislav Kostunica said resolutely that Serbia will join the European Union only with Kosovo as an integral part. In fact, it was disagreement over Serbia's EU ambitions that led to the collapse of the coalition government and the snap election. 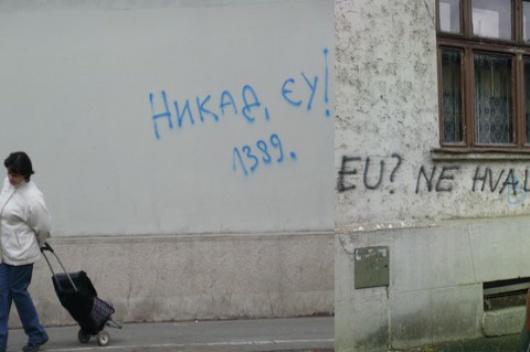 However, the Mladic and Karadzic condition might be abandoned in an effort to boost the pro-western forces in Serbia. The Stabilisation and Association Agreement (SAA) was signed with Serbia before the election on 29 April during the meeting of EU foreign ministers in Luxembourg on 28 April. This move was previously strongly opposed by Holland and Belgium, who insisted Serbia must first hand over the fugitives. However, their language has also changed. On 24 April Maxim Verhagen, the Dutch foreign minister, said that his country would let Serbia sign the agreement, provided Belgrade pledged it would not ratify or implement it before the war crimes suspects were in the Hague. On 16 April, the Serbian daily Blicreported that the Netherlands has adopted a position of ‘constructive disagreement’, which meant that it would not vote against signing the SAA with Serbia, but abstain instead.

The Hague will have the chance to get the wanted fugitives any time soon only if this European gesture of goodwill prevails over the Serbs' bitterness over the loss of Kosovo. If the Serbs opt for a nationalists-ultranationalists coalition, the war crimes suspects may remain at large for the rest of their lives.