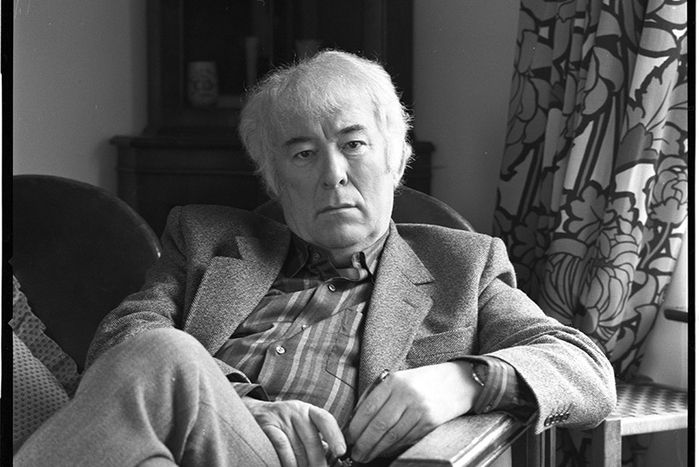 When news reached me of the Irish poet Seamus Heaney’s death at the age of 74, it was perhaps fitting that the words I turned to were those I always clutch at in such circumstances – Heaney’s own poems about grief, memory and the calming ritual of the funeral

Its heft and hush become a bright nowhere,

A soul ramifying and forever

Silent, before silence listened for. (Clearances)

School pupils and students throughout Britain know the Nobel-prize winner best for ‘Digging’, the first poem in Seamus Heaney's very first collection, Death of a Naturalist. A compact poem about the narrator’s relationship with the land and with his father, ‘Digging’ is butchered every year by English classes across the nation. Yet despite being as fertile as the earth the narrator’s father slices into, ‘Digging’ has little of the sensuality of other poems in the same collection (‘its flesh was sweet / like thickened wine: summer’s blood was in it’), nor of the heavy, precise grief of his later bog poems:

As if he had been poured

in tar, he lies

on a pillow of turf

and seems to weep

the black river of himself. (The Grabaulle Man)

Intricate descriptions of iron-age bodies discovered in bog, these poems also explored the shifting contours of guilt of those in contemporary Ireland ‘who would connive / in civilized outrage / yet understand the exact / and tribal, intimate revenge.’ The Troubles in Northern Ireland defined much of Heaney’s lifetime. Despite the distorted view of his poetry sometimes provoked by the polarising perspectives of both nationalists and unionists, some of Heaney’s most moving poems are those depicting the human loss and the utter, aching sorrow caused for all involved.

It was a day of cold

A few months ago, I mentioned to Scottish poet John Burnside that poets are often considered to inhabit pedestals, to permeate some kind of aura. ‘That’s changing, you know,’ John replied. ‘The last person that’s really true of is Seamus Heaney. Not that he makes a big deal of himself – but if he comes into a room, you notice. He has a presence.’

Wherever you are in Europe tonight, take a cup of kindness for a great poet, who will be sorely missed.