Jürgen Goertz’s so-called ‘Rolling Horse’ on the Europaplatz just outside Berlin’s central train station has a fiery air. As a rocking horse on a metal bow, its posture seems to suggest an imminent break out from its frame onto the nearby rails. This piece of art – half horse half train wheel - was uncovered in May of this year and closely watches the rushing by train travellers with its steel blue eyes. 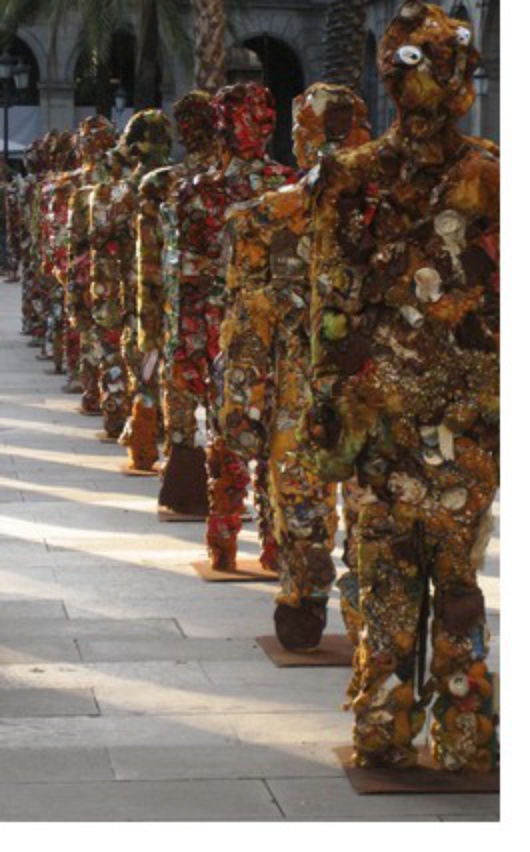 This scultpure commissioned by Deutsche Bahn was not exactly warmly received at first. It had not even been standing in place for a week when the German Association for Fine Arts expressed its outrage at its ‘provinciality’, even going so far as to complain of an ‘abuse of public space.’

This June witnessed the decoration of Barcelona’s Plaza Real with 'garbage men', or models made of everyday rubbish. In its midst stands the Ford Galaxy Man, a sculpture made of slightly more refined rubbish, squashed parts of a Ford Galaxy, that is. ‘They are the clueless ambassadors of our time that remind us of the global problem of rich countries'rubbish,’ the activist artist HA Schult explains about his sculptures, which together represent an army of garbage soldiers. You wouldn't have thought so, but it has travelled widely, having stood guard before the pyramids in Egypt, on Moscow’s Red Square, Brussel’s Grande Place, the Piazza del Popolo in Rome, Cologne’s Roncalliplatz, and before the Great Wall in China.

The next stop of these rubbish-sculptures, respectively 180 cm tall and worth 6000 EUR, is New York, and then in 2008 they are to be sent to Antarctica, where they will have to stand guard, despite rough weather conditions. 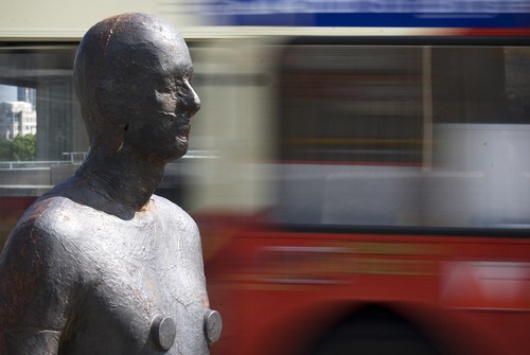 Since May of this year, 31 life-size bronze tin soldiers by British artist Antony Gormley have been exhibited along the Thames for all to see. They stand within reach on Waterloo bridge and barely visible, on the other hand, on top of the Shell building. 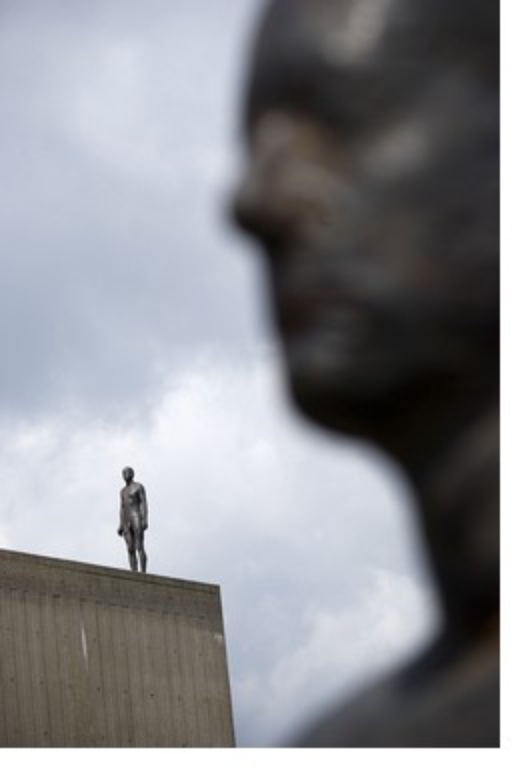 Spread across London’s horizon, these little men symbolise the city’s steadily growing population. Or, alternatively, they may simply serve the practical aim of promoting the career of their creator: some of his works are currently on display under the title Blind light in the nearby Hayward Gallery. 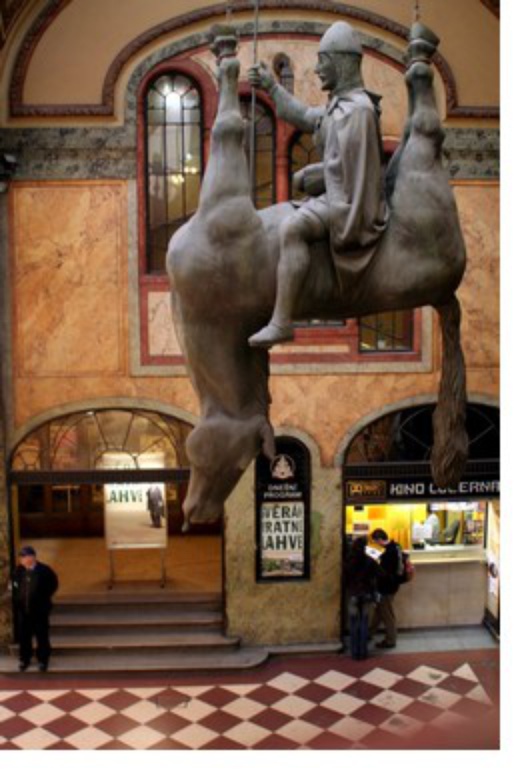 Whereas Londoners generally don’t seem too bothered by Gormley’s statues, Scotland Yard’s reaction has been less relaxed. Not all Londoners ‘recognise’ Gormley’s artistic message you see, and have been known to call 911, panic-struck, reporting a supposed suicide attempt. In this respect the bronze sculptures’ departure – together with the Blind light exhibition, of course - on 19 August to new horizons might be quite a relief for policemen who are loosing their patience with this art.

Prague on its head

The works of David Cerny, enfant terrible from Chechnya, provoke both chuckles and outrage. Be it his giant Babies that seem to be crawling into the sky up Prague’s TV tower, a pink tank, or a horse on its head with a majestic rider , also on his head - : such a selection makes a choice of this artist's most provocative work a difficult one.

Surprisingly, until recently his works were cause of minimal public outrage. On the contrary: the city authorities even supported the artist in his plan to make the public exhibtion of his works a permanent one. In 1991, Cerny, in a clandestine night operation, had painted the monument of a Soviet tank pink. The message being an accusation of guilt against the supposed liberator of Chechnya during WWII, who the artist claimed had in fact suppressed his country. Just as the army was about to give the tank back its serious aspect by repainting it, the city’s authorities gave a last-minute order to preserve the tank in its new pink colour.