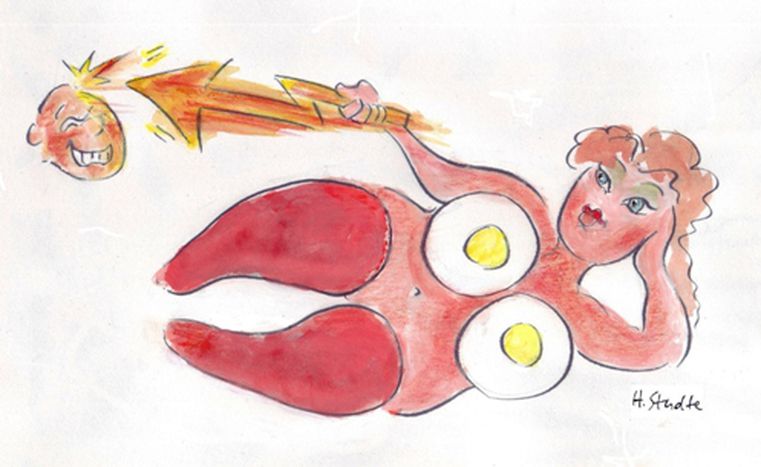 All leery-eyed and snotty-nosed, a lad leans over and sighs, 'Well, have a butcher's at dem bacons!' A young lady, whose legs had caught the man's attention, stands up haughtily, sneers and walks away. In East London slang, words are replaced by short rhyming phrases. 'Have a look' becomes 'have a butcher's hook' or 'have a butcher's', 'legs' become 'bacon and eggs' and lads go out for a few britneys (Britney Spears = beers).

But these ways of obscuring meaning are not the privilege of Cockneys (East Londoners) alone. In Catalonia, eavesdroppers will be surprised to hear girls whisper 'Tinc-pi, ga-pa nes-pe de-pe fer-pe u-pu na-pa bo-po ge-pe ri-pi a-pa' meaning 'Tinc ganes de fer una bogeria' or 'I want to do something stupid'. Syllables starting with 'p' are added to words to encode messages.

Likewise in France, the tradition of inverting syllables of words emerged in the XXth century in the téci (cités) of the French suburbs. There our Cockney lad would have said he had 'shéfla sur la meuf' ('flasher sur la femme'= to be thunderstruck by the woman). This is, I guess, somewhat more romantic than our London banter about bacon and eggs.