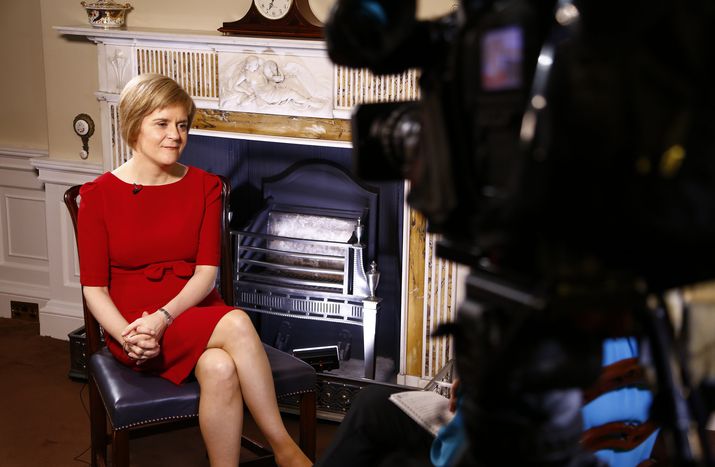 In September 2014, young Scots born between 1996 and 1998 got something of a democratic baptism of fire: the Scottish Independence Referendum. Just two years later we were asked once again to decide: in or out of Europe? Have these two great opportunities for democratic expression actually got people up and voting?

My Scottish contemporaries and I voted for the first time in September 2014. Unlike our parents and older siblings, our debut ballot papers did not elect new democratic representatives; they marked a choice between two very different futures for the country.

Just as the dust was beginning to settle in Scotland, we were asked once again to decide: in or out? Sovereignty or control from afar? Subservience or independence? The goalposts may have changed, but many of the arguments sounded familiar, as did the rhetoric behind the campaigns urging us to get involved. This was a decision too important to leave to other people, a chance to have our voices heard, a rare moment of power for the common voter.

A shining beacon of hope and democracy?

At 20, I'm in the rather unusual position of having voted in two major referendums. This has been a huge catalyst for my own political engagement. While I had tried to keep an eye on the news, politics had always seemed pretty far removed from my everyday existence. Even though I intended to vote when I came of age, I had become prematurely disillusioned with the idea of the British first past the post electoral system.

In this overly simplistic method, which the Electoral Reform Society condemns as "steam-age", Members of Parliament are selected on the basis of a simple majority. Voters who do not align themselves with the biggest single group in their region effectively have their vote discounted altogether. The whole thing becomes a depressing, tactical game: "I’ll vote this one in, to keep that one out."

Not in referendums. Referendums are a shining beacon of hope and democracy. They give power back to the people, and turn my bin-bound vote for the Green Party into something with as much influence as my Labour and Conservative leaning friends. With the Scottish Referendum approaching, I came to re-evaluate my pessimistic attitude towards voting: my opinion was going to count for something after all.

Because of this, it suddenly mattered that my opinion was informed. Phrases like "democratic mandate" and "economic viability", which once did little to attract my attention, were suddenly ideas I needed to understand. Until then, voting had seemed a kind of optimistic, eccentric, or even whimsical activity – more a moral obligation than a method of affecting change. The IndyRef changed all of that. Referendums are, of course, time-consuming, expensive and highly divisive. For me, their one redeeming feature is their potential to spark greater political engagement and debate, to show the electorate, as they have me, that their vote matters.

A tale of two turnouts

This was certainly true in 2014, when 85% of eligible Scots turned out on the 18th of September. That's a pretty staggering figure in a country that hasn’t pushed 75% in general elections since the 1970s. This was the beginning, it seemed, of renewed interest in politics on the part of the general public. While we couldn’t help but remain fixated on the independence question, the debate brought to the fore issues surrounding economics, ideology, identity, representation, and equality, to name a few.

Since then, however, there has been little evidence of increased turnout or engagement in Scotland. At 55%, turnout was particularly low at the last Scottish election. The political momentum I felt in my own life had, it seems, failed to materialise across the country.

Rather optimistically, I hoped the EU referendum might signal the return of popular involvement in politics – not just in Scotland, but across the United Kingdom. Yet national turnout on referendum day was only 72%. That might sound high, but closer consideration of the figures shows us something rather worrying. Because of the narrow 52% win for Leave, the decision of the so-called "British people" is really that of just 38% of the electorate. Less than two fifths of those eligible to vote, who make up an even smaller fraction of the whole population, are pulling the UK out of the European Union.

Remainers’ post-referendum anger has been directed at everyone from the older generation, to xenophobes, to manipulative politicians. Surely there must be anger, too, at those who did not care enough to vote? If even the direct and equal power of a vote in a referendum is not enough to show people that their voice matters, the ins and outs of a new trade deal with Europe is, sadly, not our only problem.

Polling suggests that Remain supporters were less likely to vote on the 23rd of June. If turnout had been higher, perhaps we would have had a different result. Those who voted showed us a country divided and a working class that feels underrepresented and disenfranchised. Those who didn’t showed us that just under a third of the adult population are simply not engaging with issues that can and will have a real impact on their lives.

General election apathy is an understandable result of our ineffective electoral system. Apathy in a referendum is symptomatic of a problem that cuts to the very heart of Britain.