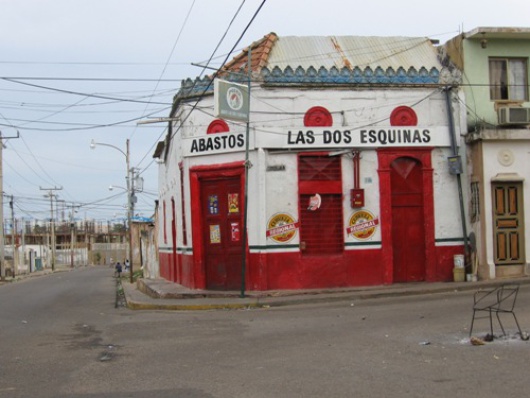 One sizzling afternoon, the town of Maracaibo in Venezuela bakes under the sun. Its gigantic 13,000 km2 wide lake was once considered to be one of the Seven Wonders of the World thanks to its clear water, its vegetation and water life. Today the oil production threatens this fragile world as 7,000,000 barrels are extracted everyday from the depth of the waters. The lively, nonchalant local population is related to the ‘indios guairos’ of the Andes and the Amazon. In this district, like many others in Latin America, the heat renders movement and actions almost impossible.