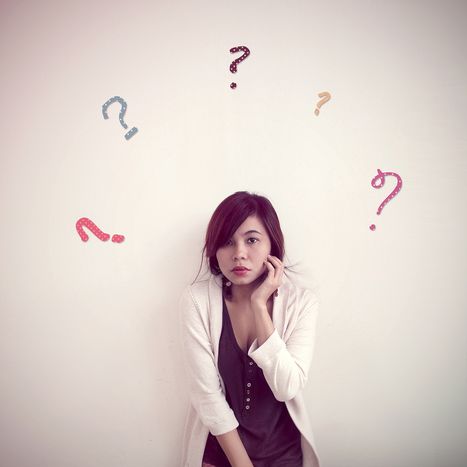 Schengen: A legal puzzle for Europe

SocietySchengen: Vision of a borderless Europe

What exactly do we mean when we talk about "Schengen" and why does it look the way it does today? Schengen’s history is full of twists and turns. However one thing has remained largely constant: the tendency to conceal fundamental political divisions by means of, often insufficient, legal instruments.

In December 2015 the European Commission adopted a set of reform measures for "managing Europe's external borders and preserving the security of the internal Schengen area of free movement". The proposal provides a neat occasion for a look back at the emergence of the Schengen system – taken from a legal perspective.

The idea behind the Schengen agreement was as audacious as it was logical within the process of European integration. It was audacious (i.e. politically sensitive) in the sense that the elimination of national border controls among member states touched upon one of the very core elements of national sovereignty. In turn, it was a logical next step in that the execution of the "fundamental freedoms" in the treaties on the European Community (EC) – since Lisbon they are codified in the Treaty on the Functioning of the EU (TFEU) – practically demanded it. The realisation of the free movement of both goods and persons was still heavily limited by national borders and the procedures that went hand in hand with them.

From a legal perspective, the way in which the issue was then handled provides an illuminating example for how delicate matters are often resolved in the European context – by dealing with the issue in the backyard and bringing it back inside when it’s neat and clean.

When the Schengen agreements were signed in 1985 and 1990 respectively, Great Britain and Ireland especially wouldn’t have accepted the agreement becoming EC law, thereby making it binding for all member states. Under EU law (and before 1993 "EC" law), amending the foundational treaties or even passing regulation can be extremely complicated and is often associated with high political costs. In many crucial areas the treaties demand unanimity among member states and provide for lengthy decision-making processes.

Therefore, adopting the agreement as a treaty under classic public international law was the faster way out of this conundrum. Here, a group of states (in this case member states of the EC) convenes, agrees upon a certain set of rules, puts it in a treaty which then, in a way, circumvents EU law without actually becoming part of it. In more recent European history, comparable developments led to the "European Fiscal Compact" being adopted outside EU law.

Next to facilitating the adoption of an eventual agreement, this practice offers a variety of further advantages. Under public international law it is, for instance, less complicated to grant exceptions to signatory states. By the same token, changing or amending treaties is easier.

On the other hand, there are disadvantages involved: The idea behind the establishment of the European legal system was – from its very beginnings in the 1950s – to deepen integration through integrating law. If, every time it proves politically difficult to reach an agreement, a group of member states effectively steps out of the European legal framework, over time this weakens EU law, its legitimacy, its coherence and acceptance as well as its original integrative function.

Under pressure - Schengen at risk?

Thus, it often remains an integral part of the endeavour to integrate such "sideline agreements" into EU law later down the line. By means of the 1997 Treaty of Amsterdam, which also entailed reforms strengthening the role of the European Parliament and amending legislative competences, the Schengen agreement became a formal part of EU law.

Technically this was done by an additional protocol to the treaty. Both Great Britain and Ireland, though giving up their complete opposition of the 1980s, negotiated opt-outs from large parts of the Schengen "acquis", particularly maintaining the right to conduct national border checks.

The effective reconciliation of increased freedoms with the necessary security measures was one of the key promises of the Schengen agreements. The various measures adopted to secure the external borders of the Schengen space are thus inextricably linked to the very purpose of the agreements.

The establishment of Frontex (an agency under secondary EU law) in 2004 certainly constitutes the most prominent example of this. Yet, Frontex is also a good illustration for what happens when something is expected from the EU that it has only limited competences and capacities to implement.

Under the pressures of the current "refugee crisis", external border security and the coordination of visa and asylum policies are being criticised as ineffective and insufficient. Member states start to make use of exemption clauses to temporarily take up national border checks again. The Schengen vision of a Europe without borders is at risk.

If now the Commission intends a "targeted revision of the Schengen border code" (a catchy name for several EU regulations coordinating border policies), and to create a European Border and Coast guard, this illustrates some of the conceptual difficulties of the Schengen system. The coast guard idea especially will likely bring EU legislation at odds with affected member states. The question will therefore be whether there is sufficient political will to take the necessary steps to actually harmonise border policies. The possibility of concealing political disagreement behind legal instruments is, just like the Schengen area itself, not exactly unlimited.

In the upcoming weeks cafébabel will publish a series of articles together with the grass roots think tank Polis180 e.V. on the various facets of the Schengen area and the connected vision of a borderless Europe.This piece was written by Simon Blätgen.