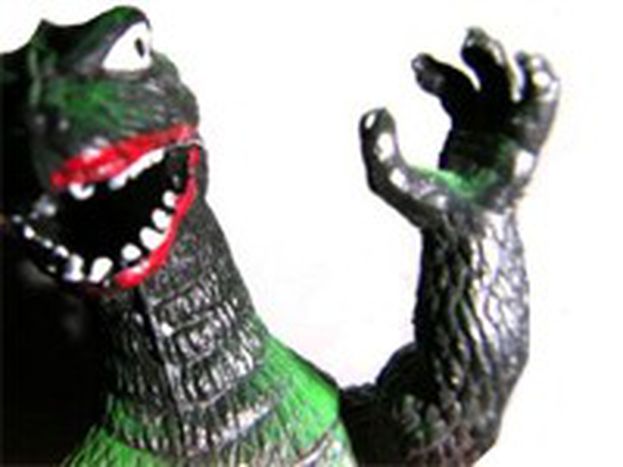 Save the social dinosaurs?

Countries such as France and Germany are refusing to drag their welfare systems into the 21st century. But it is only a matter of time before globalisation, labour mobility and an ageing population push them to extinction.

In scientific circles, debate still rages over the reason for the dinosaurs’ extinction. Was it one sudden event of cataclysmic proportions or was it their inability to adapt to a gradual change in their overall environment? Either way, the end result was the same. So which will it be for welfare systems in Europe’s social dinosaurs like France and Germany?

We need only glance at the unemployment rates of France (9.6%), Germany (9.6%), Italy (7.7%) and Belgium (8.0%) to see that these countries are not performing well within the larger European context. A closer look shows us that these states’ much vaunted social welfare systems are failing the people they aim to help: a Unicef report this February found that one German child in ten lives below the poverty line; and, according to Le Monde, over 20% of people of working age are unemployed in the Brussels region.

Most surprising of all, however, is that these states are slipping further and further into debt to support these bloated and ailing welfare systems. France’s budget deficit is running at 3% for the present year and Thierry Breton, the French Finance Minister, has forecast that this figure will stay the same next year. This slide into debt is not helped by ageing populations; in Germany, for example, the ratio of the employed to the retired is currently 2:1. This is set to equalise by 2035, when there will be one retiree drawing a state pension for every one worker funding them.

A focus on the social model of these countries explains some of the problems they are facing. The Continental model, present in the land of the social dinosaurs, is a system based on a large interventionist government coupled with an equally large social welfare system. This model aims to provide high levels of job security for employees and generous wage substitution for the unemployed; in Germany, the maximum unemployment benefit is €1,875 per month for a period of up to 32 months - compared to a standardised €300 per month in the UK. However, critics of this model point out that the labour protection laws of these countries stem from a time when people had one job for life and the world economy was less mercurial.

Put simply, companies don’t invest in these countries because of high labour costs and rigid job protection laws. Moreover, such high unemployment benefit is not the best use of government money as it acts as a replacement wage and the unemployed are not given sufficient training to re-enter the modern competitive market. As a result, the ranks of critics have been growing. Indeed Domenico Siniscalco, Italy’s latest ex-finance minister, called his resignation a reaction to the complete “inertia” of the Berlusconi government. In many respects, these critics have been proven right; growth rates in these countries are dire. The Economist predicts that this year, France will experience GDP growth of just 1% while Germany is even further behind at 0.9%.

Reform is required but no one can agree in which sectors it should take place or how far such reform should go. Indeed in France, politicians and the intelligentsia recognise that there is a problem but seem more focused on demonising the economic liberalism of the Anglo-Saxon model than finding a solution. As Bruno Palier, a specialist on European social models at the Centre National de la Recherche Scientifique (CNRS), stresses, for true and lasting reform to take place, their vision must not be partisan and the debate must rise above the dagger thrusts and twists of daily politics.

But even when governments try to implement reforms, numerous factors hinder their attempts. Last year, when the government tried to cut one national holiday in an attempt to alleviate the increasing pension costs of France’s greying population, trade unionists virtually shut down the state – as they do each time any reform is proposed. And yet only 2 million people (8% of the population) are union members. In Germany, the federalist structure was designed to stop the central government from enacting radical reforms, and in recent years this has proved only too effective.

In recent months, however, we have seen some auspicious advances. In France, Prime Minister de Villepin has implemented a new two-year work contract with more liberal job protection, and he has introduced limited privatisation. In January, the then Chancellor Schroeder pushed through the controversial Hartz reform programme, which aims to reduce unemployment in Germany by weakening job protection laws and creating more part-time jobs.

These are encouraging changes but a new model is needed, not just reforms tacked on to the old one. Unfortunately, the divided ruling coalition in Germany, the political muscle-flexing of the French unions and the weakness of Berlusconi’s coalition government in Italy would suggest that the time is not right for deep and meaningful change. Old Europe will be a Jurassic park for another while yet.