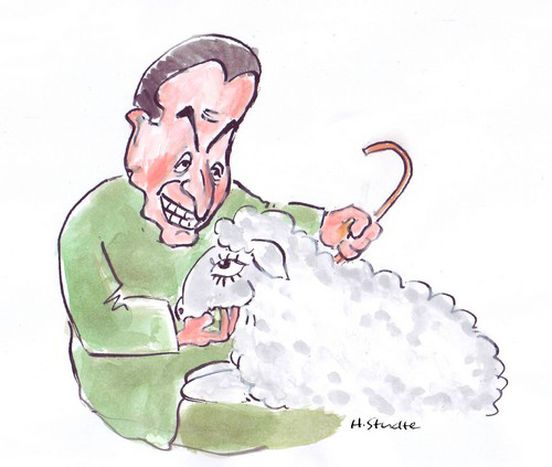 The French president and philanderer has been divorced from tight-lipped ex-wife Cecilia Sarkozy for a couple of months now. Still, he's seemingly still got enough energy in him to be popping up everywhere at the moment. His romantic escapades are oft scrutinised, although up until now, his dangerous liasions have mostly taken place behind the doors of the Elysee Palace. His latest seducee is French-born Italian singer Carla Bruni. She entered Sarkozy's garconnière (love nest) for a little tête-à-tête (literally 'head-to-head') just before Christmas 2007, when they were first snapped visiting Disneyland Paris with their respective children.

The French call their 'trysts' cinq à sept (i.e. taking place between 'five to seven'). But the sexual innuendo of that phrase doesn't exist when you reverse it in Quebec: sept à cinq is the time when there is ... the most traffic!

The French wouldn't approve of what the English think of the term rendez-vous. In France the term is less suggestive, meaning 'an official appointment'. In English we could also say that 'Sarkoni' were up to a bit of hanky panky, a term which is a variant of hocus pocus, whose aphrodisiac effect first 'went down' (groan!) in history in 1841.

The Germans evidently take the romantic lead from the French. The German Stelldichein is a literal translation of 'rendez-vous'. It first entered military vocabulary when it was translated by Joachim Heinrich Campe, a German writer and lecturer. And those idyllic Schäferstündchen ('sheep hours') originate etymologically from the phrase l’heure du berger ('the shepherd's hour'). The phrase has come into being thanks to Greek mythology, where the beautiful shepherd Endymion was granted eternal sleep by the god Zeus so that the moon, Selene, would never 'be alone' ... she went on to have fifty daughters with him!