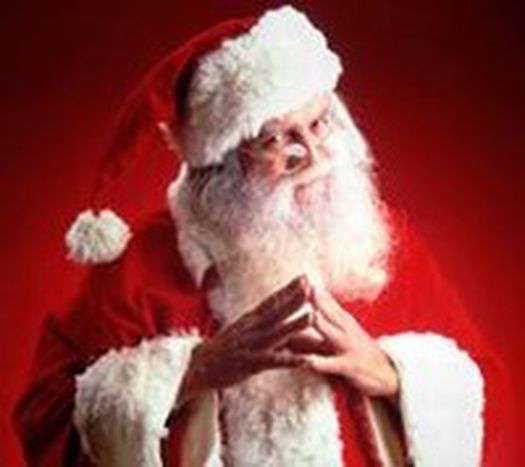 Santa was a Turk

Christmas is not just about marking the birth of Christ; it is a festival of intertwined traditions and borrowed customs celebrated by Europeans from Dublin to Zagreb.

The month of December is the time of a very European festival, when children across the continent await a midnight visitor, families gather together and indoor trees are decorated. It may seem odd to claim that christmas is European - after all, Jesus was born in the Middle East - but a closer look at the various traditions that surround the holiday show that it is not only an inherently European invention, but also one which owes as much to our common pagan past as our christian one.

United by traditions old and new

25 December was only designated as a christian celebration in the fourth century, by official decree of Roman Emperor Constantine. His choice of date is significant evidence of the strong pagan influences on the holiday. Theologians suggest that the actual date of Jesus’ birth is sometime in September or October, yet Constantine chose a date almost four months later. A clever ruler, following his conversion to christianity he chose the date to coincide with the then immensely popular pagan celebration of the rebirth of the sun god. This fell on the winter solstice, which, according to their calendar, was celebrated on 25 December.

Another christmas tradition of pagan origin is the act of placing winter greenery in our homes. When we decorate our German tannenbaum or christmas tree, deck our halls with boughs of holly, or kiss beneath the mistletoe, we are, in fact, carrying out customs which originated long before christmas, or even christianity, came to the continent. The humble fir tree has been worshipped in cultures as varied in time and place as Ancient Egypt, Greece and Rome. In Druidic Britain, evergreen trees were viewed to possess special powers allowing them to retain their leaves. However, it wasn’t until 16th century Germany that fir trees were taken inside and decorated as part of the Christian Christmas.

Those in Anglophone Europe can thank Norse myth for the custom of stealing a sneaky kiss beneath the mistletoe. It was believed that as Frigga, the Norse goddess of marriage and family, mourned her dead son, her tears turned to mistletoe berries which brought her son back to life. Out of joy, she kissed anyone that walked under a tree bearing mistletoe. Europe’s modern day Celts also have their pagan ancestors to thank for the Yule log. This tradition, which sees children decorate a small log that holds a burning candle, stems from the ancient Celtic past. In those times, a log was burnt in offering to the reborn Sun god at the winter solstice.

From mitre to woolly hat

It was again Europe that provided christmas with its most magical and endearing myth, St. Nicholas. This legendary jovial and generous old man can be traced back to 4th century Asia Minor (now Turkey). As Bishop of Myra, Nicholas was famed for his generosity, saving three poor sisters from being sold as slaves by dropping three bags of gold down the chimney for their dowries. Time and people’s love of all things magical gradually turned St. Nicholas of Myra into the chimney-hopping father christmas.

St. Nicholas is a true European: His legend has travelled and settled in many European countries. As well as being the template which was amply fleshed out to create the now omnipresent Santa Claus, this Turkish saint is the father of many regional myths. In the Netherlands, the visitor is Sinterklass or Sint Nicolaas, who arrives on a ship from Spain with Black Pete or Zwarte Piet, a mischievous a helper. In Finland, he inspired the Joulupukki or 'yule goat', a generous old man that travels by sleigh from his home in Lapland to deliver gifts to good children. In Anglophone Europe, he became father christmas or St. Nick, although the American moniker Santa Claus (from the Dutch Sinterklaas) is becoming increasingly popular. He may be Europe’s most famous christmas figure, but Santa is not alone in the task of delivering gifts. During the nights around christmas, the skies of Europe are busy with many fantastical figures. In Italy, children are visited by La Befana, an old woman travelling on an enchanted broom. In Germany, Switzerland and Austria, the Christkind or christ child rewards children with presents. Elsewhere in Europe, sleeping youth are visited by little Jesus, the little star or even the three wise men.

Not only did Europe imbue christmas with its more ancient traditions, it is also the inventor of some of the ever more commercial aspects of christmas. The advent calendar first appeared in Germany in 1851 and christmas cards and crackers were popularised in Britain during the mid 1800s. But since the appearance of Coca Cola’s red and white clad Santa in 1931, it is America that has led the way in the creation of christmas tradition. Could this trend mean the future of Christmas is to be sugar-coated with a homogenising layer of red and white candy-cane commercialism?