“Sanctions must be targeted and support an array of other measures”

In an interview with John Bryan Rose, Head of Unit at the European Parliament’s External Policies sub-unit, café babel goes behind the scenes of European sanctions 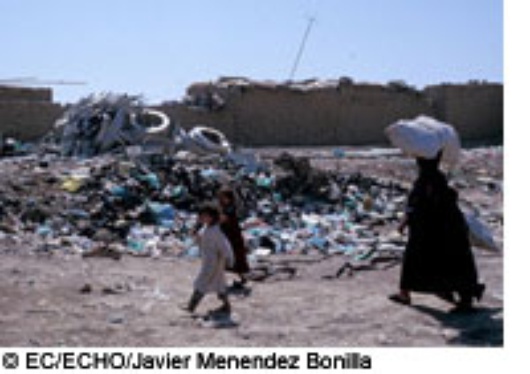 What leads the European Union to take sanctions against other states?

Since 1995, human rights have been systematically included as an “essential element” of EU external agreements. All trade and development treaties now include a human rights clause which gives the EU the ultimate right to suspend all, or part of, an agreement if a partner country does not fulfil its human rights obligations. For example, article 96 of the Cotonou agreement states that “If a Party considers that the other Party has failed to fulfil an obligation stemming from respect for human rights, democratic principles and the rule of law (…), appropriate measures may be taken”.

The human rights clause itself does not establish how sanctions should be applied, nor how the EU should proceed, but the “appropriate measures” can range from light restrictions (reducing cultural, scientific and technical cooperation) to heavier measures (postponing or suspending bilateral contracts or new projects, trade embargoes or suspending all cooperation). For example, since 1997 all cooperation agreements have been frozen with Belarus due to the non respect of democratic principles.

The European Parliament is, unfortunately, not part of the decision-making process to establish sanctions and is only informed when the decision is reached between the Commission and the European States within the Council. The recent decision by the Commission to resume cooperation with Sudan to encourage the enforcement of the new peace agreement was coldly received by Members in the European Parliament who are still unhappy about the situation in Darfur, which is far from settled.

Does the EU manage to present a unified front when imposing sanctions on non-EU member states and is there a philosophy behind its actions?

The European philosophy is to encourage a positive sanctions approach through dialogue with an offending government and the channelling of aid to non-governmental organisations, rather than total suspension of the agreement. Structured exchanges on human rights offers a more realistic way of realising the goals of the human rights clause than the application of rigid criteria for the suspension of agreements. However, in some cases talking and assistance does not lead anywhere and sanctions have a role to play, as illustrated by Zimbabwe and Burma.

As for unity within the European approach, post colonial and “clientelist” approaches can interfere and influence the decision whether to take sanctions or not against an offending country. It is not really necessary to be more specific about which EU countries have strong links where (i.e. some regions of Africa). However, countries who don’t have these “special connections” with EU member states may see sanctions imposed on them in a much swifter way.

How effective are these sanctions?

The human rights' clause has been invoked on a number of occasions since 1996 as the basis for consultations, suspension of aid or other measures (for example in Niger, Guinea Bissau, Sierra Leone, Togo, Cameroon, Haiti, Comoros, Côte d'Ivoire, Fiji, Liberia and Zimbabwe). It has proved efficient in a number of cases such as Niger or Burma where "restrictive measures", including strengthening an existing visa ban and freezing assets held abroad by the regime has had some positive effects and led to the opening up of the regime, at least for a period. One important condition for sanctions is that they must be targeted and must support an array of measures to advance human rights in a positive mode.

To avoid the negative effects of economic sanctions on vulnerable civilian populations, as well as the collateral effects on other non-EU member states, it is important to favour targeted or “smart”, sanctions. Such measures include targeted financial sanctions, arms embargoes, travel bans and diplomatic sanctions which have also proved efficient in a number of cases.

Of course, but unfortunately unanimity is usually the rule governing the decision-making process in the foreign affairs arena (it can be qualified majority for the application of sanctions). Therefore it is usually the smaller common denominator which prevails and that does not favour bold decisions. The exclusion of the European Parliament also tends to favour an approach which can be closer to “State Imperatives” and to business considerations rather than a human rights approach. Hopefully, the future EU constitution should strengthen the EU’s commitment to human rights in its internal and foreign policies.