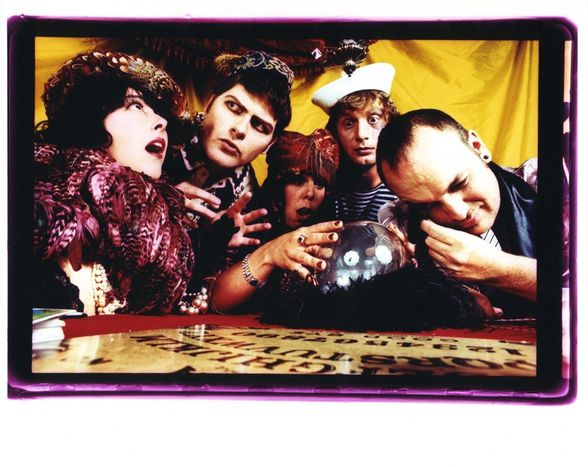 Salvador Martín: 'Paranormal will be normal as soon as we rid ourselves of prejudices'

Convinced of the soul’s eternity, spiritists overcome stereotypes and fears to explore the space where life and death meet. They follow a tradition that dates back to the Egyptians, the Vedas and even the bible, itself a catalogue of 'paranormal' events. We slip into the unknown with an appropriate guide, the president of the Spanish spiritist federation

Molly Jensen and Sam Wheat were two lovers separated by death. Sam, who had been murdered, tried unsuccessfully to communicate with his beloved. Only through the intervention of Oda Mae Brown could they say a proper goodbye in the finale of Ghost (1990), the Hollywood movie that rekindled prominence of the spiritist movement. 'While not always totally accurate about their methods, many films do portray mediums in principle. The Sixth Sense (1999) and Ghost generally capture the reality of people who engage in spiritism,' explains Salvador Martin, the president of the Spanish spiritist federation. This assembly of associations disseminate spiritist philosophy through research, seminars and conferences.

Salvador Martin labours to debase the cliches and superstitions surrounding spiritism. 'It’s an observational science which studies the origin and destination of spirits through communication with them. Such findings have profound philosophical and moral implications.' Spiritism started with the The Spirit’s Book, authored by Frenchmen Allan Kardec in 1857. The book’s influence spread the practice of mediumship throughout Europe, the US and, above all, Brazil.

Mediumship practices have always been subjects of controversy. As early as 1873 Spanish courts debated a bill concerning the study of spiritism in secondary school and university. 'There were thousands of spiritism institutions in the country before the civil war, but the dictatorship practically made them extinct,' continues Martin. 'The origin of the paranormal is in the human being’s capacity to be a spirit. Since the beginning, mankind has been able to maintain contact with this essence, as it is shown in religious books: from the Vedas to the Eqyptians or the bible. In all these tomes, mediumship phenomena are depicted not as miraculous, but as a compendium of unknown natural laws.'

Is there life after death?

'There are numerous proofs that life exists after death, and to date there is not one piece of evidence demonstrating the contrary. If reincarnation exists, obviously there is life after death. Universities like Virginia stand out for having tested and proven thousands of cases of children carrying mementos of former lives. These studies have shown how characteristics like birthmarks correspond to scars from their last reincarnation; there is forensic evidence that proves it.' Spiritists are also organised at an international level in forums such as the International Spirit Council, founded in 1992. Physicists like Mario Bunge criticise spiritism as being superstition or 'pseudoscience'. The catholic church has condemned its practice on numerous occasions, despite admitting it is possible to communicate with the spirit.

Aware of the halo of fraud and irrational fears surrounding them, Salvador Martin considers the discipline of spiritism just as valid as any other science. 'Magic and lies occur outside spiritism, especially with those people misusing mediumship or pursuing it for their own economic interests. Whoever really has this power tries instead to fight the ignorance that caused religious inquisitions. Still, a medium cannot escape his or her natural capacity; its manifestation depends on the use and the knowledge they have acquired. As soon as we rid ourselves of prejudices, preconceptions and ignorance, the paranormal will be normal.'