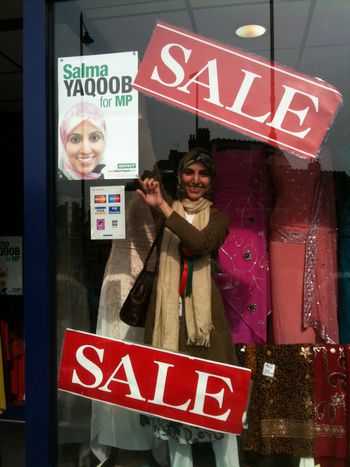 Salma Yaqoob: the other left in UK elections

A cocktail of otherworldliness, pacifism and explosive environmentalism is taking over the UK in the lead up to the general election on 6 May. The Guardian has called the Respect party leader 'the most prominent Muslim woman in British public life'. Respect is eager to get back in touch with the 'common people'

'I’m a British Muslim but I don’t like to be forced to define myself in that way,' says Salma Yaqoob, candidate for the Respect Party in the UK general elections on 6 May 2010. The presence of a veiled candidate in the new anti-capitalist party (NPA) in the Vaucluse, south-east France, was front page news in the French regional elections in March this year. However, in the UK, it’s a different story: the 39-year-old Respect party candidate wears her veil with pride. Salma Yaqoob willingly justifies this as 'the free choice of women to wear the veil or not'. She acknowledges that many 'also choose not to wear it, whether they are in Saudi Arabia, Iran, Afghanistan or the United Kingdom.' Yaqoob is overtly pro-Palestinian and the leader of the Stop the War Coalition in Birmingham, and has also called for the closure of the Israeli embassy in London on 27 March, echoing the call of another member of her coalition and the first Respect MP in the UK, the Scotsman George Galloway. 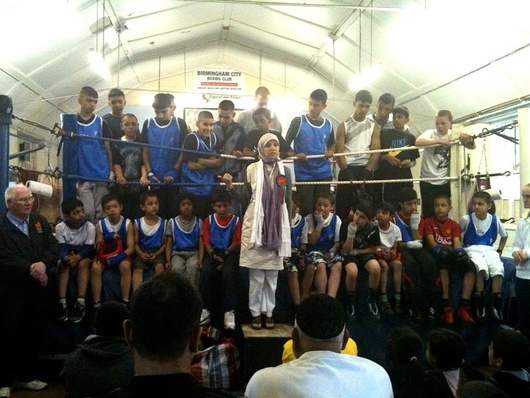 Salma Yaqoob has written many columns in the British daily The Guardian. In these columns she developed a virulent line of criticism of the labour government, who have been in power since 1997. 'The labour party only has itself to blame. It has to take on a large part of the responsibility currently because it created the conditions that have allowed the crisis we are currently experiencing to occur.' Stigmatising the 'neo-liberal' consensus that unites the conservatives, the liberal democrats and labour. She is developing a programme which can be explained in a few words. 'We must enlarge the area of intervention by the state, invest more in building construction and tax the rich to help the majority of the population who have been hit by the recession.' This cocktail of otherworldliness, pacifism, feminism and environmentalism seems to benefit certain areas where Respect brings a more active, physical presence, notably in Birmingham where she was elected as a city councillor in 2006.

In 2005, the leader of the Respect party narrowly missed out on winning the election in Sparkbrook, Birmingham, a ward which is classed as 'very left'. She had her first victory just one year later and became the city councillor for Sparkbrook. In the next general elections, she will be standing against labour’s Roger Godsiff, whose support of the Iraq war is largely stigmatised in his propaganda, and who was caught up in the MP expenses scandal in the UK, and four other candidates. It's also in an area where the level of unemployment has quickly risen above 10%. The greens are backing her, yet whether she succeeds or not, Salma Yaqoob will be one of the only progressive candidates to be able to cast a shadow over labour’s domination over the rest of the English left.