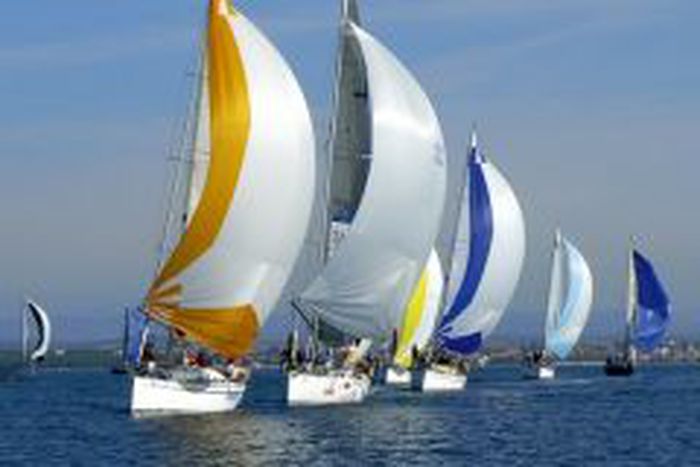 Sailers from a country without sea

''I am sailing, I am sailing, home again, 'cross the sea.
I am sailing stormy waters
To be near you, to be free'' Does it ring a bell to you? On behalf of Zsombor Berecz, Áron Gádorfalvi and Diana Detre we can agree with Rod Stuart: in Hungary you find ‘neither sea nor stormy water.’ But how could it happen that there are three Hungarians qulified themselves to the Beiijing Games?

The answer is: lake Balaton, the biggest one of Europe that gives place for number of international competitions.

On behalf of Zsombor Berecz, Áron Gádorfalvi and Diana Detre I think we can agree with Rod Stuart: in Hungary you find ‘neither sea nor stormy water.’ But Hungary has the biggest lake in central Europe, which is home to many international competitions, so we shouldn’t be surprised if we find some Hungarians in the 29th Olympic Games in Beijing.

Sailing on Lake Balaton, of course, is totally different since it’s not salty and there aren’t any long distances as on sea. But, like the sea, Lake Balaton is rife with challenges, and if you are aware of that the nature is highest and strongest power, you will ‘survive’ everything. I believe that Lake Balaton can be a good basic for preparation.

In addition, Zsombi. Áron and Dia have tried themselves on seas, and they have gotten the opportunity (quotas) to participating at Beijing, which will be a real challenge for them. To help them we have to keep cross our fingers from 12th August to 20th August!!!

The starting for the Hungarian team was really good, Zsombi (Laser) in on the 31st place after 2 heats, Áron on 17th, Dia on the 21st after 4 heats. Great! Congratulation!!

But what were their goals set before leaving for the Olympic Games?

Gádorfalvi closed tha Beijing Games on the 19th place thus fulfilled his own claims, while Diána Detre has finally catched the 22th place far above expectations (and thus neither could qualify themselves to the finals). Gádorfalvi managed to arrive as the 10th last Sunday, and thus reached his best result ever.Zsombor has stepped forward to the 29th place after a good performance of 16th of August, but finally closed the laser's competition as the 30th. As each of them managed to perform above expectiations, we could be worthly proud of them. Hajrá magyarok!