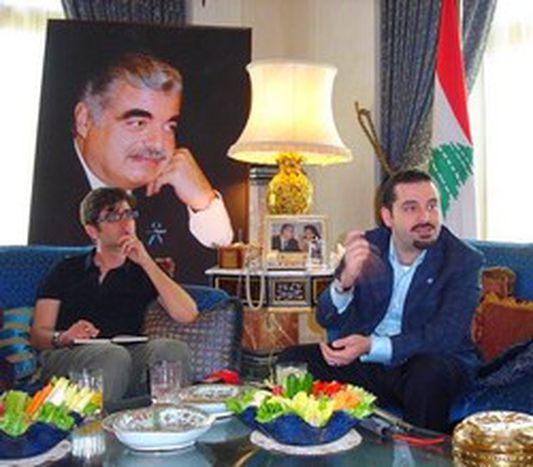 Over a strawberry cocktail at his spacious Beirut residence, Saad Hariri is clearly animated. The tall, dark and handsome father-of-two looks the spitting image of his late father as he expresses his strong opinions about all aspects of Middle-East politics. A number of larger-than-life-sized pictures of the deceased premier Rafik Hariri decorate the luxurious meeting room. Apparently enjoying his distinguished status as head of the Future Current main anti-Syrian movement, the former business tycoon and Washington's Georgetown University business graduate is optimistic about his country's future.

We are with Hariri on 25 May, five days ahead of the United Nations Security Council's unanimous vote to set up a tribunal, which came into force on 10 June. Headed by Belgian Serge Brammertz, it's the first to try murder suspects in the case of one person - Hariri senior was killed in a massive car bombing with twenty others in Beirut on 14 February 2005. 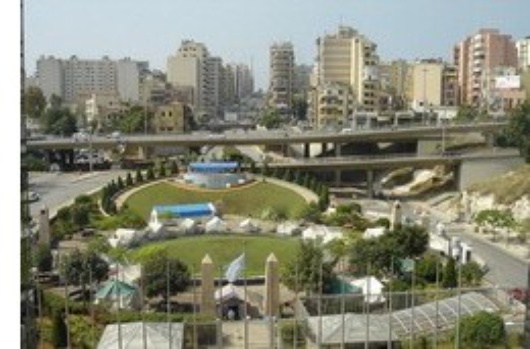 The decision has provoked heated political debate in the country on the eastern edge of the Mediterranean. It is widely believed in Beirut that recent bombs in the country – six in the last four weeks, with the latest on 13 June killing anti-Syria MP Walid Eido, 65 – have been planted by Syrian intelligence services. Perhaps they serve to warn the Lebanese pro-Western government of more bloodshed to come, should the tribunal be set up. Meanwhile, pro-Syrian movement Hezbollah has set up a camp of empty tents in the old town of Beirut in protest.

What do you think of the establishment of the international tribunal to investigate your father's assassination?

We will start the search for a prosecutor as the tribunal will be established - sometime in the coming few days. Hopefully negotiations are ongoing now between the nations. There is a general consensus that we should have this tribunal.

The impunity in Lebanon is unbearable. This will be one way of stopping all these murders of prominent politicians, journalists and innocent people in the three decades since its 15-year-long civil war. For example, Bassel Fleihan, 43, former Minister of Economy and Commerce and a close Hariri ally, who was killed alongside the prime minister. Well-known Lebanese journalist, university professor and dual French national Samir Kassir, 45, was assassinated after another car bomb four months later. In November 2006 Pierre Gemayel, the second youngest MP (for Industry), was slain in the same way.

What will the tribunal’s wider importance for Lebanon be?

A factor of stability. One may argue that all these bombs that have exploded in and around Beirut during the past month, and the standoff between the Lebanese army and the Fatah al-Islam insurgent group in the Nahr al-Bared refugee camp are signals to Security Council members in New York to suspend the tribunal. But once the prosecutors say who are behind all these murders, those people will have to pay a price. And that price will be high.

Why so much controversy around the establishment of the tribunal – and why are bombs still exploding?

The Syrian regime does not want this tribunal. Syrian Foreign Minister Walid al-Moualem and president Bashar al-Assad have not held back from persistently threatening Lebanon and hindering the establishment of the tribunal, although Syria says they will put any linked members on trial within their country.

We tried to pass the tribunal through normal parliamentary ways, but unfortunately the opposition blocked that. They say that in principle they are for the tribunal, but they have some reservations, which we have not been able to become aware of. Meanwhile the work of the Lebanese parliament has been suspended for the past seven months, as the opposition-aligned chairman of the parliament refuses to call session.

How will the security situation develop once the tribunal is eventually set up - what do you expect?

Nothing. We will have a positive tribunal. Maybe they will continue to attempt assassinations, but they need to understand that when this UN resolution becomes a reality, it means they will pay the price for everything they are doing in Lebanon. Whether they want that is the choice of whoever is making this happen – be it the Syrian regime, Israel or somebody else.

In-text photo: a park in front of the UN building in Beirut. Hezbollah has set up a camp of empty tents throughout the centre of Beirut, demanding the resignation of current Prime Minister Fouad Siniora's government (Jacek Cerkaski)