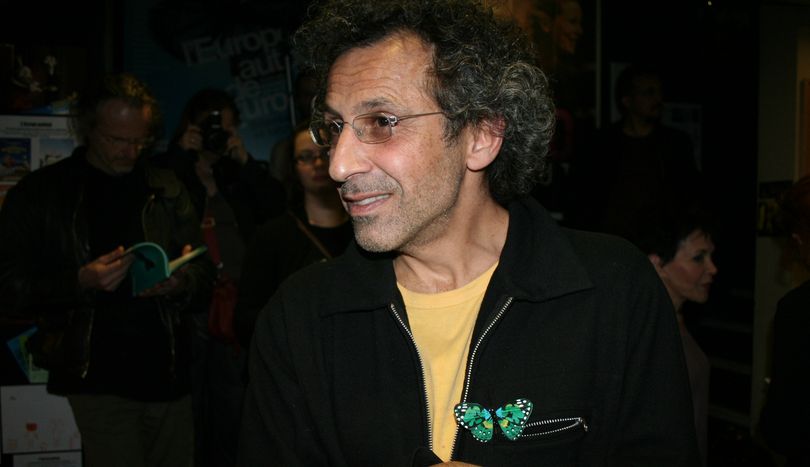 During the French festival Europe autour de l’Europe (‘Europe around Europe’), one of Russia’s most famous contemporary directors explains how he dedicated five years to the adaptation of the post-soviet generation novel by Victor Pelevin. It's a portrait of a progressive and urban generation of young Russians still a fair distance away from Generation Y

Snow, vodka, Tolstoy and communism are the first clichés which go through our heads when we think of Russia. The young people who stormed cinemas en mass at film festivals in Toronto, Bombay, Moscow and Paris to see Viktor Ginzburg’s film Generation P (2011) most probably encountered these exact same clichés. ‘The aim of new generations is to tear down old clichés and go a step further,’ claims the film's director. Indeed, they seem to have achieved precisely this, for it is this generation of 16 to 30 year olds which is now enthusiastically leaving the cinema. ‘The urban and progressive youth were the people who actually understood my film,’ adds Ginzburg.

Based on the 1999 novel Generation P by Victor Pelevin, the eponymous film tells the story of Vavelin Tatarskii (played by Vladimir Epifantsev), a young literature graduate in Moscow who finds himself with no job and very little hope in post-soviet, capitalist Russia. Like many others of his generation he is employed as a ghost writer and writes snappy slogans for brands which have just started to flood the Russian market: sprite, the cigarette brand parliament and tic tac. This is the beginning of an eerie story which highlights parallels between the protagonists – constantly on drugs so as to come up with better slogans – and contemporary Russia.

A few readers may have been sceptical about the idea of adapting the book into a film. However, Ginzburg rewrote the text for the screen himself. ‘Even if it was an experiment, I didn’t want to be selfish and leave the story behind,' he says. 'After all, it had inspired me. It was like one of those puzzles which you have to reconstruct – the whole point was to give the puzzle meaning.’ This wasn’t exactly straightforward. ‘With regard to the brands, I was told from the outset that I wouldn’t be allowed to use them in the film. Nonetheless, gradually I was granted permission and the brands even supported us. Only the strongest can also make fun of themselves,’ comments Ginzburg.

In Generation P one thing above all becomes clear: the contrast between the Russia of the Yelzin years and the brutal turn to capitalism, which gives the film its trade mark – a unique, ironic tone. ‘Had this story happened in Europe or the USA, there would never have been a film about it,' says Viktor. 'In this sense Russia is rather unique; it is perhaps one of the last places in the world, in which one can still experiment with brands and advertising.' 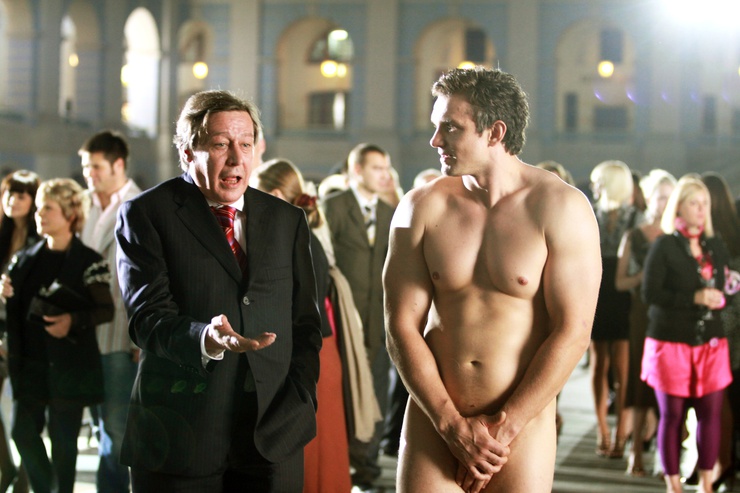 Despite this, Generation P has not been stamped ‘typically Russian’ by critics. ‘My films are not bound to the cinematic tradition of my patriots, as was for example the case with Andrei Tarkowski (famous Russian director, 1932 – 1986 - ed),’ explains Ginzburg, who currently lives in Los Angeles. The director was born in Moscow in 1959 and has lived in the USA for more than forty years, where he now makes advertising and music videos. ‘The film has an open, unconventional structure: we don’t speak about good against bad or about sex or love,’ Ginzburg continues.

‘Generation P is a giant metamorphosis of the contemporary world.’ Even if Ginzburg doesn’t choose to name his sources of inspiration, his career during the nineties allowed him a special perspective. ‘During the turn to capitalism, my life between two countries – Russia and the USA – gave me a critical distance,’ he explains. ‘I watched the transition from communism to capitalism as an outsider –above all with a healthy dose of irony. I rediscovered my vision of this time in Pelevin’s book.’

Until now the film Generation P has only been available at a few independent festivals and has mainly generated talk online, via facebook and youtube, where more than 700, 000 people have clicked to watch the film’s trailer. ‘When Generation P won its first prize, there were volleys of positive criticism,’ says Ginzburg. ‘It would be great to see the film on a big screen in Europe or the USA.’