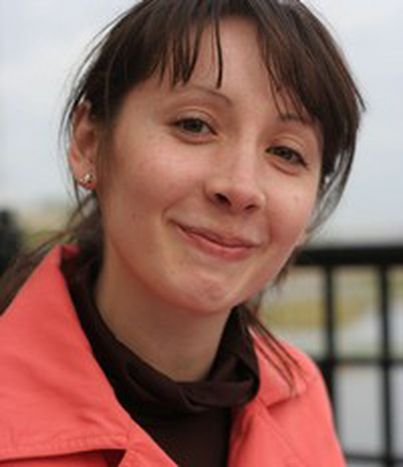 Russia: from dachas to boshka

Masha, a corporate lawyer in Irkutsk on the shores of Lake Baikal, discusses her alcohol-prone countrymen and clichés of ‘maternal and sexy’ Russian woman

Smiling widely, Masha, 25, arrives for our meeting bang on time. Without pausing, she whisks us straight back out along the banks of the Angara, the river which winds its way across Irkutsk. This is a town in the south east of the country, about 6 hours flight from Moscow (make sentences smaller). The weather is fine this evening in Siberia, and we are not the only ones making the most of the twilight. Dressed in jeans and a red t-shirt printed with three matrioshkas, Masha does not really come across as how you'd imagine your average corporate lawyer.

And yet this is her 9-5 job, within one of the many companies nestled in the buildings of an area surrounding Lake Baikal, populated with its luxury cottages. ‘It’s fashionable,’ she tells me, ‘to leave the towns and set up home in the middle of nowhere. What with the combined exodus from huge, expensive megalopolises and the yearning for a healthier living environment, the countryside attracts poorer people as much as those who are better off.

The old tradition of the ‘dacha’ (country house) only ceased to be elitist during the latter end of the communist era. Thanks to ‘gardening cooperatives,’ Muscovites supplemented their resources and dedicated themselves to growing vegetables. Today two thirds of them purportedly own their own dacha.

But since the 1990s, economic liberalisation has contributed to the boom of more comfortable cottages which are equipped as permanent residences, on the banks of Lake Baikal. More than anyone else, the nouveaux-riches – ‘new Russians’, regularly leave the town centre to spend time in healthier, more peaceful living environments.

During her childhood, Masha went to school sporting a red star embossed with a small image of Lenin on her chest ‘near to her heart.’ She remembers hours of queuing in the bitter winter in order to get a meat ration: ‘I was 5 or 6, my mother was pregnant and could not stay standing for too long, so I waited in her place.’ She says that the USSR and Stalin ‘are part of my childhood, like any other memory.’

Her grandmother misses the Soviet Union and says that, ‘before there was perhaps nothing in the state shops, but we got the produce thanks to the tokens. Today, the shops are full, but you need money to get them.’

Masha catalogues all of this and wavers over the eternal question: was it better before? ‘I don’t know,’ she admits. ’Before, people were more respectful and reserved - we didn’t even kiss in the street. Now young people drink all the time and they could probably be having sex in the parks, but no one would care.’

Besides the fashion, the consumption of alcohol by young Russians is impressive. Drinking alcohol at more that 12% in public is forbidden by the authorities. The consequence? The young stick to beer and low-strength cocktails or ‘alcopops’, the new flavoured vodka, gin or tequila drinks. It would be wrong to think that the whole generation drinks, but the majority of Muscovites between 16 and 25 do hang around in the streets with bottle in hands. And there is not a typical ‘drinker’s’ profile: at the bus-stop, girls share ‘boshkas’ [large casks of alcohol] at 3 o clock in the afternoon, whilst a young man travels on the underground with an open can. You can see groups of young people sat on a public bench passing around a plastic bottle, or young lovers sharing alcopops on the beach.

We stop in a cafe which juts out over the river Angara. Around us, as in any public place at this late hour, young people drink beer and talk loudly. Masha can’t understand why we refuse the biscuits and drinks she offers us. Ill at ease because of a slightly bare table, which holds nothing but a bottle of beer, a cup of tea and a fruit juice, she thinks nostalgically of her ‘babushka’. ‘She would scold me for not looking after my guests well. When you’re a guest with Russians, the table should be overflowing with dishes and sweet things. My grandmother always tells me that guests should be able to eat or drink even if it isn’t mealtime.’

But Masha does not like this image of the maternal Russian woman. ‘It’s like being a slave.’ A typical Russian woman should make the dinner, work, have children and bring them up, do the housework, know how to ‘plant potatoes to save money’ - and all the while remain sexy and attractive. Masha is flirtatious and feminine. But she doesn’t class herself as a ‘tease’ like many of her fellow countrywomen. Complete with make-up an inch thick and highly styled clothes, they do not hesitate to flaunt themselves in miniskirts and low necklines on the dyke. It’s true that in Irkutsk, as in Moscow, a mere stroll through the streets is exaggerated to catwalk proportions, albeit from a Soviet history book.

Masha has a tactic to escape the traps of Russian tradition: ‘I would not marry a man from my country, but a Frenchman! That way I wouldn’t have to be a Russian woman - I could just be a woman.’